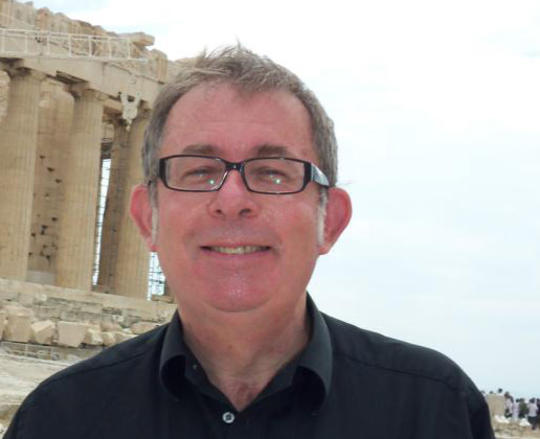 Editor of International Socialism and Director of the Centre for European Studies at King’s College, Callinicos’ books include Imperialism and the Global Economy and Against the Third Way.

Alex Callinicos studied Philosophy, Politics, and Economics at Balliol College, Oxford, and Philosophy of Science at the London School of Economics before writing a DPhil on Marx's Capital, also at Balliol. He was a Junior Research Fellow in Contemporary Social Thought at St Peter's College, Oxford, in 1979-81, after which he taught social and political theory in the Department of Politics at the University of York till 2005, when he moved to King's.

Callinicos is a descendant, through his mother, of the 19th century English historian Lord Acton. He first became involved in revolutionary politics as a student at Balliol College, Oxford where he was recruited by Christopher Hitchens into the International Socialists (forerunners of the SWP). He has since published extensively on Marxism, social theory, political philosophy, political economy, and race and racism. His early writings focused on southern Africa and the French structuralist-Marxist philosopher Louis Althusser. His latest book, The Revolutionary Ideas of Karl Marx, rescues the revolutionary tradition of Marx and demonstrates the relevance of his ideas today for contemporary society.

Callinicos has participated in numerous demonstrations against dominant geopolitical organizations such the G8, IMF and the World Bank. He has also been involved in organising the Social Forum movement in Europe. He is a frequent contributor to the New Left Review and other notable leftist journals.

to access the latest news, debates and courses featuring Alex Callinicos and hundreds of other experts.