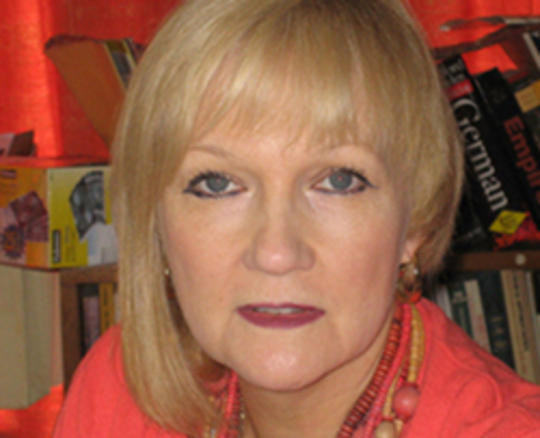 One of the country’s leading cultural theorists, Griselda Pollock’s works include Visions and Difference and Looking Back to the Future. She is currently Director of the Centre for Cultural Analysis, Theory and History at the University of Leeds.

Griselda Pollock was born in South Africa, but grew up in French and English-speaking Canada, and later moved to the UK as a teenager. She studied Modern History at Oxford (BA, Hons, 1970), and completed a masters degree in History of European Art at the Courtauld Institute two years later. Pollock taught History of Art and Film at the universities of Manchester and Leeds for several years. She then received her PhD in 1980 for studying approaches to modernism through Vincent van Gogh’s works.

Griselda Pollock really started her career as a feminist academic with her article “What’s Wrong with Images of Women?”, examining disparities between male and female imageries in the late 1970s. She has been teaching at the University of Leeds since 1977 and accepted her appointment as Director of the Centre for Cultural Analysis, Theory and History (CATH) in 2001, where she teaches critical approaches to the history of visual arts and film, with a particular focus on women and feminism.

Pollock has been a very activist type of academic, using a Marxist-socialist approach to reveal the key sexual and political biases involved in the formation of the modernist movement. She’s been also very active in re-instating female artists that were neglected by museums, art curators and critics of all boards for decades - when not centuries.

One of her main contributions to feminism was to stress the issues women encounter when living and working in a society where they are displayed as the object of male satisfaction and never the subject (of anything), all while offering new ways to change future representations. She has provided significant insights into the role and nature of voyeuristic art but also into the ties between art and human nature.

In her work at the Centre for Cultural Analysis, Theory and History (CATH), Griselda Pollock was also involved in research on totalitarianism, political resistance and the “concentrationary universe” (cinema, memories) of the representation of Jewish camps after the Second World War. She has also contributed to analyzing paintings and films representing the Shoah and the impact of concentration camp on Jewish art.

Over the years, Griselda Pollock has become one of the UK’s leading cultural theorists, focusing her work on the analysis of artistic movements through: a) the production and distribution of meaning, and b) its impact on culture and society.

Through her work, she contributed to establishing cultural studies as the field of analysis of social transformations in the light of past and present cultural movements, such as the rise of the society of spectacle and the impact of different forms of capitalism on cultural production over the 19th-20th centuries.

Pollock has integrated both dimensions – history and theory – at the heart of the courses and research carried out by the Centre for Cultural Analysis, Theory and History, so that cultural studies can be performed at all levels of analysis.

In the UK, she has posed as a defender of the “high theory” aspect of her field – brought by neo-Marxist theory and critical studies experts from the Frankfurt School – thus opposing the simplistic Americanisation of the field that consists in a mere “uncritical indulgence in the pleasures of commodity culture”.

As an artist, Griselda Pollock has exhibited her “Deadly Tales” series (e.g. “A Self-Portrait of a Feminist Intellectual Haunted by Death”) in 1997 in Leeds and more recently in 2011 in London. She has also produced video art work that was exhibited in Canada (“Who Is the Other”), Australia (“Parallel Lives”), and Austria (“Visions of Sex”) among other places.

As an author and researcher, she has published many books and articles such as:

to access the latest news, debates and courses featuring Griselda Pollock and hundreds of other experts.