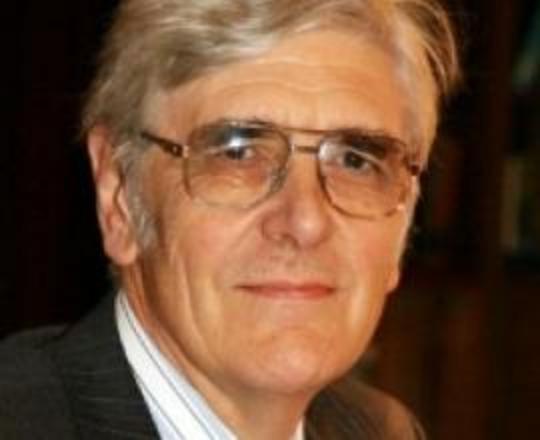 Fellow of All Soul’s College, Oxford and former Director of Communications for Kofi Annan at the UN, before which he was a columnist for the Financial Times.

Edward Mortimer was born 22 December 1943 in Oxfordshire and studied at Oxford University from where he graduated first with a BA from the Balliol College. Then he completed an MA in modern history & DLitt (“Doctor of Letters” – a higher doctorate he obtained in recognition of his outstanding scholarship) at the All Souls College. He is married to British artist Elizabeth Mortimer.

Mortimer started working as a journalist, more specifically as a foreign correspondent for the London Times throughout the 1970s up until the mid 1980s, specializing on Southern Europe and the Middle East. After working as columnist and leader writer for the foreign affairs department at the Financial Times for over ten years, he moved on to become Kofi Annan’s Director of Communications at the UN from 1998 to 2006.

He was recently appointed Companion of the Order of St Michael and St George (CMG) in 2010. Since early 2007, he has been working as Senior Vice-President & Chief Program Officer of the Salzburg Global Seminar as well as chair of the Sri Lanka Campaign for Peace and Justice.

In his recent work, he has stressed the importance of cooperation between UN field staff and their superiors at HQ to better respond to crises that often involve a great deal of government intimidation on the field. Edward Mortimer has recently pointed out the failings of the Human Rights Council in Sri Lanka and it’s tendency to overlook reports from UN observers and the UN High Commissioner for Human Rights.

On the current situation in Sri Lanka, he recently commented:

“The press in Sri Lanka is less and less free. In fact it’s the fourth most dangerous country in the world in which to be a journalist, according to Reporters Sans Frontieres. This because journalists who annoy powerful people are constantly being kidnapped, beaten up, killed – or just “disappear”, picked up by a white van with no number plates. For many examples see the book “The Cage” by Gordon Weiss, former UN spokesman in Sri Lanka who resigned in 2009 because he was ashamed of the UN’s unwillingness to tell the world the horrible truth about what was happening there.”

Although he is mostly famous for his work as a journalist and director of communications at the UN, Edward Mortimer has also served as fellow at Oxford University, Carnegie Endowment for International Peace, the International Institute of Strategic Studies, the University of Warwick and an even broader range of governmental and non-governmental bodies (including the John Stuart Mill Institute, Minority Rights Group International and the Agence France-Press Foundation).

to access the latest news, debates and courses featuring Edward Mortimer and hundreds of other experts.