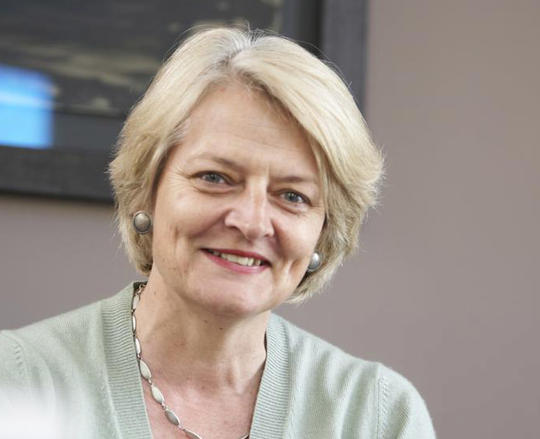 Professor Henrietta L. Moore is William Wyse Professor of Social Anthropology at the University of Cambridge, whose work on Africa, post-globalisation and gender theory have made her own of the UK’s most renowned anthropologists.

Henrietta Moore is a socio-cultural theorist and a feminist anthropologist actively involved in applying her academic research to concrete issues, such as public policy and the arts. Her research interests span gender issues (identity, sexuality, symbolic systems), livelihood strategies as well as socio-cultural transformations like globalisation in Africa.

Professor Moore served as Director of the Gender Institute at the LSE from 1994-1999, before she became LSE Deputy Director for research and external relations. She is a Fellow of the Royal Society of Arts, the British Academy, the Royal Anthropological Institute and the Centre for Globalisation and Policy Research among other prestigious institutions. She took up the William Wyse Chair of Social Anthropology at Cambridge University in 2008 and has held many visiting appointments in different countries, from the United States to Norway and South Africa.

Her personal interest in anthropology stems from a fascination with the idea of fate and the possibility of people (re)gaining control over their own lives. In that sense, she has become principally interested in the relation between people’s daily lives and the systems they’re caught in – be it globalization, social discrimination or cultural frameworks. Hence, the other pillar of her research is the “question of whether you can ever escape your family, your culture, your gender” and what are the personal costs of refusing established power relations.

Through her decades-long study of these issues in Africa, she has set an example of how researchers can avoid imposing a particular framework or theory onto other people’s lives so as to focus on what we can learn from their lives and cultures. Her more recent research has focused on virtual worlds and in particular the relationship between new technologies, identity and globalization.

Professor Moore is also a founding Trustee of the SHM Foundation which focuses on social change through projects worldwide in the areas of learning, health and the arts. She is also the Chair and Co-Founder of SHM Productions, a research and strategy consultancy that investigates ways to boost innovation in the public and private sectors by focusing on human motivation. Both the foundation and consultancy draw from academic research on human attitudes to elaborate new strategies for business practices and social progress. Through the Foundation’s projects, she became a Trustee of the Barbican Centre Trust in 2011, which supports the museum’s arts and learning programmes.

to access the latest news, debates and courses featuring Henrietta Moore and hundreds of other experts.