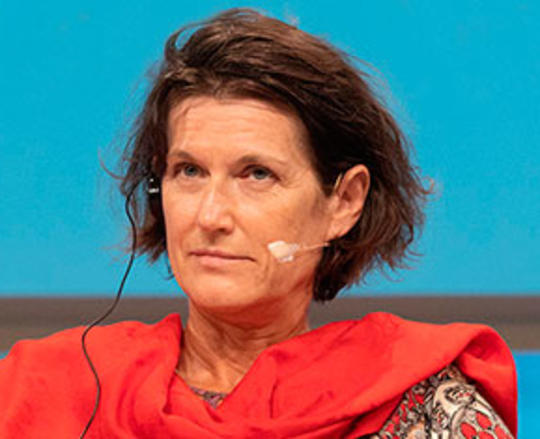 Janne Teller is a critically-acclaimed writer of novels, essays, and short stories. Teller’s work includes existential themes on a grand scale which often spark controversial debate. Her novels include Odin's Island, a modern Nordic saga of politics, history and religion, Europa, All that you Lack which explores history in war and love, and Come, an existential novel about ethics in art and modern life.

Teller has received many literary awards including the Drassow’s Prize for literary works towards peace and human understanding and her work has been translated into over 25 languages. Before she began writing full-time, Janne studied macro economics and worked as a conflict advisor for the EU and UN, mostly in Africa.

to access the latest news, debates and courses featuring Janne Teller and hundreds of other experts.