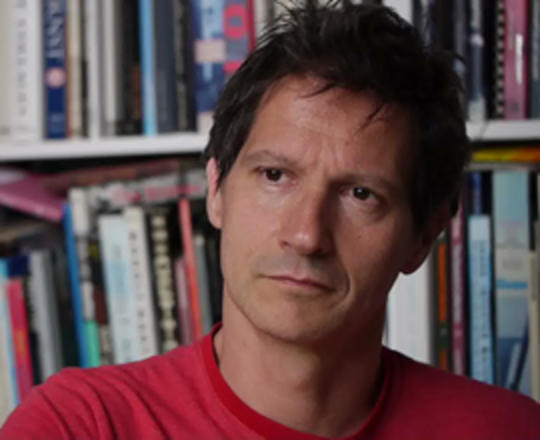 Professor Julian Stallabrass is a highly acclaimed curator, art historian, photographer and writer. He is a reader at the Courtauld institute of Art and writes regularly on contemporary art, the history of twentieth century art and photography.

Stallabrass attended Leighton Park secondary school in London and went on to study philosophy, politics and economics at New College, Oxford. He completed both his MA and D.Phil at the Courtauld institute of Art, where he currently holds the post of Reader.  In addition to his academic position, Stallabrass is consulting editor for the International literary quarterly. He is on the editorial board of ‘Art History’,’ Third text’ and ‘The new left review’, and is on the advisory board of ‘Visual culture in Britain’.

Stallabrass has authored a number of books, including ‘High art lite’,  a vehement critique of the Young British Artists movement (YBA).. Stallabrass criticised this movement for failing to seriously address and interact with it’s audience “It has left the audience for High Art Lite intrigued but unsatisfied, puzzled at the works meaning and wanting explanations that are never vouchsafed” (High Art Lite 1999).

Much of Stallabrass’s work has been influenced by his interest and sympathies with the Marxist movement. His research into internet art draws on Marxist ideas about how the relation of production and the means of production can come into conflict. In the case of internet art, Stallabrass argues that the art world has found it difficult to embrace the industrial level of production that is pioneered by the internet’s ability to utilise file and content swapping. Stallabrass’s fascination with how technology interacts with Art reaches back to his time as a Dphil student. His PHD thesis was a study was a study of science and the machine in 1920’s Paris with particular emphasis of the phenomenon of technophile art. These themes are very much still alive in his work today and his most recent publication ‘Can Art history digest Net art?’ explores how our traditional conception of Art has been influenced by the growth of internet art.

‘The fracturing of globalisation’ 2009

‘The power and impotence of images’ 2008

to access the latest news, debates and courses featuring Julian Stallabrass and hundreds of other experts.