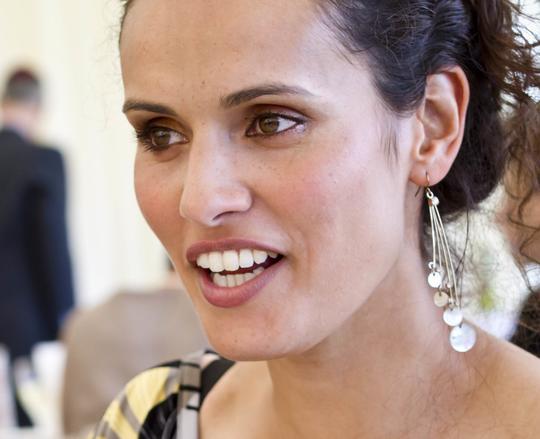 Known best for her work as a presenter, Mary-Ann Ochota specialises in anthropology, archaeology and social history. She co-presented Channel 4’s cult archaeology show ‘Time Team’, and recently fronted the hugely successful ‘Feral Children’ series, which explored the extraordinary survival of children living wild beyond the care of state and society.

Born to Indian and Polish parents in the North-West of England, Mary Ann fostered an early interest in the comparative study of human cultures and societies. Having attended Sir John Deane's College in Cheshire, she gained a place to read Archaeology and Anthropology at Emmanuel College, Cambridge. There, she developed a specific interest in health, medicine and attitudes to the body. Her thesis addressed the notion of 'responsibility' between complementary therapists and their clients, seeking to determine how and why people choose to use alternative medicine instead of conventional medical treatment.

Having graduated, Mary-Ann joined social anthropologist Jeremy Keenan as part of a research team on a groundbreaking expedition to the southern Sahara. The team traveled with the local Tuareg people, the principal indigenous inhabitants of the Saharan interior, to survey prehistoric rock art found amongst the desert’s caves.

Turning her attention closer to home, Mary-Ann began working to uncover Britain’s own prehistoric past. In 2007/08, she made a documentary for BBC4 on Wiltshire’s Neolithic monuments, Silbury Hill: The Heart of the Hill. She then worked on the series Britain’s Secret Treasures, which explored the stories behind fifty momentous archaeological discoveries made by the British public. In 2012 she joined Tony Robinson to head Channel 4’s cult archaeological show Time Team.

She was the onscreen anthropology consultant in the weekly BBC3 series Castaway: Exposed, has featured as the consultant anthropologist on BBC1's The One Show and on the expert panel of BBC2’s Identity. She also regularly blogs for the Independent.

An expert deep-sea diver and sailor, Mary-Ann continues to explore and challenge herself in her spare time.  In 2012, she was part of a crew that sailed a 68’ yacht across the North Pacific, from Qingdao, China to San Francisco, USA.

to access the latest news, debates and courses featuring Mary-Ann Ochota and hundreds of other experts.