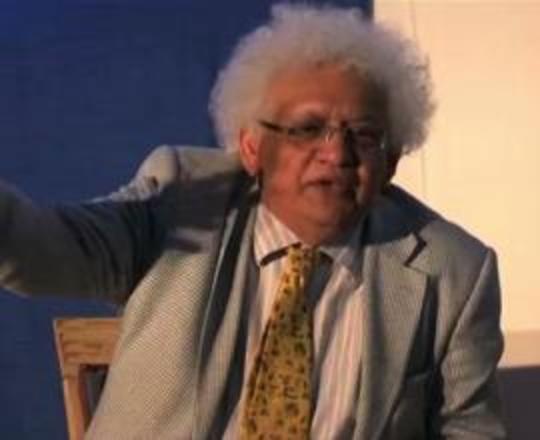 Baron Desai is a world-renowned economist and Labour peer, whose interests range from Marxian economics to postcolonial theory to the films of Dilip Kumar. He is a Professor Emeritus at LSE.

Baron Desai was born on 10 July 1940 in the western state of Gujarat in India. He completed his master’s degree from the University of Bombay (now Mumbai) after which he was offered an opportunity to study at the University of Pennsylvania in 1960, where he completed a PhD three years later.

He was created Lord Desai of St Clement Danes on the 30th April 1991. Lord Desai has had a great impact in the academic and political realms in Britain as a London School of Economics (LSE) professor, Labour politician and honorary associate of the National Secular Society.

Lord Desai’s research spans over 50 years in a broad range of topics concerning the impact of the private sector and the state in development and Marxian economics, including globalization and market liberalisation (many studies on Indian reforms). Meghnad Desai’s curiosity and vast contribution to developing the field of economics, from human development to economic history and political economy, have been awarded some of the highest honors of British and Indian civil institutions.

He started writing about Marxian Economic Theory in the early 1970s and he very early on extended his fields of interest to econometrics, monetarism and economic development. Lord Meghnad Desai wrote over 200 academic articles and has been a columnist in British and Indian newspapers ever since 1985 (Tribune, Business Standard, Financial Express). He still writes regularly today for the Guardian and the Indian Express.

Lord Desai taught at the London School of Economics since 1965, he was made a Professor of Economics in 1983 and established the Centre for the Study of Global Governance in 1992, retiring from this role to focus on publishing his work.

His recent publications have even broader implications (Islam, censorship & cultural identity in India) and include:

Lord Desai is an active member of the British Labour Party, where he acted as Chairman between 1986 and 1992. It was towards the end of his chairmanship that he was made life peer as Baron Desai in the City of Westminster in April 1991.

He was also Chairman of the Management Board of City Roads and of the Trustee’s Board for Training for Life.  He is also a member of the board of Tribube magazine, for which he contributed for many years in the mid-80s and 90s.

In the first half of the 1990s, he was a “party enforcer” (opposition whip), spokesperson, treasury and economic affairs officer for the Labour Party. In the second half of the 1990s up until the early 2000s, Lord Meghnad Desai was involved in international institutions, including the Marshall Aid Commission (1998-2002).

to access the latest news, debates and courses featuring Meghnad Desai and hundreds of other experts.