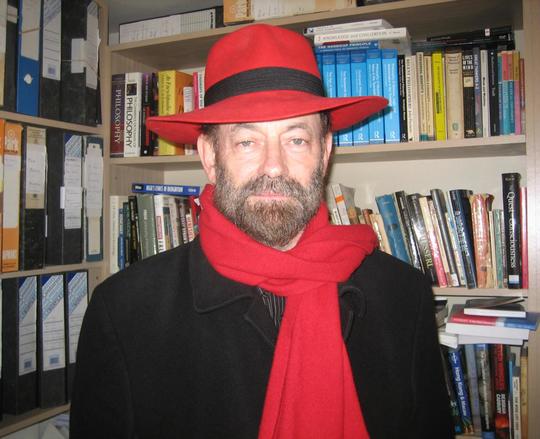 Physician, philosopher, poet and novelist Raymond Tallis is ‘one of the world’s greatest living polymaths’ (Intelligent Life) and the author of Not Saussure, The Pursuit of Mind, and The Kingdom of Infinite Space. He is Emeritus Professor of Geriatric Medicine at the University of Manchester, and much of his philosophical writing has been informed by his medical expertise.

Born in Liverpool in 1946, Raymond Tallis started his career at St Thomas’ in London where he studied medicine. He pursued a successful medical career for many years, beginning as Professor of Geriatric Medicine at the University of Manchester and holding several prominent public health positions.

Since 2006 he has been a full-time writer, focusing his literary efforts on poetry and fiction while simultaneously publishing a prolific number of works on various philosophical topics ranging from arts and culture to mind and nature. He remains a strident critic of the faddish intellectual trends all too common in the academy, and propounds his own highly original theories of the self and its embodied role in nature. He currently works at the University of Liverpool where he is visiting professor of English.

His recent publications include:

Amongst his many prominent positions, Raymond Tallis has served as Fellow of the Academy of Medical Sciences, Consultant Advisor in Health Care of the Elderly to the Chief Medical Officer, Chairman of the Royal College of Physicians Committee on Ethics in Medicine, Chairman of the committee reviewing ethics support for front-line clinicians and Chair of Healthcare Professionals for Assisted Dying (HPAD).

His awards include the Dhole Eddlestone Prize for his contribution to the medical literature on elderly people, the Founders Medal of the British Geriatrics Society and the Lord Cohen Gold Medal for Research into Ageing along with many others. He has also published original articles in Nature, Medicine, Lancet and other leading journals.

to access the latest news, debates and courses featuring Raymond Tallis and hundreds of other experts.