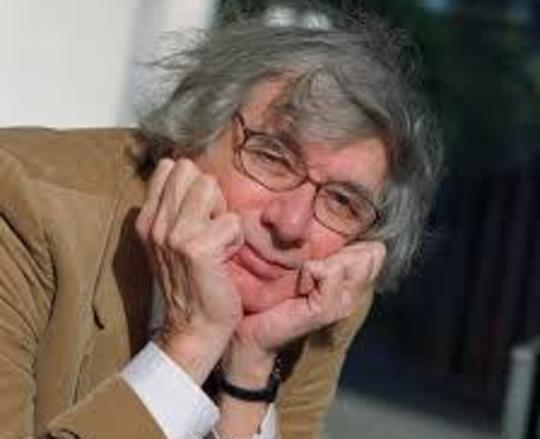 Grote Professor Emeritus of the philosophy of mind and logic at UCL, Ted Honderich is known for his outspoken views on issues of terrorism, democracy, anarchy and the principles of humanity.

Honderich was born in 1933 in Canada and started his studies in Toronto, graduating with a B.A. in Philosophy and English Literate which got him accepted at UCL for a PhD in 1959. He worked his whole life as a lecturer and professor in Britain, first at university of Sussex, then UCL and also as a Visiting professor in Bath, New York & Yale.

Most of his life has been about confrontation and independence, from resisting a strict religious upbringing to supporting the Occupy movement recently. By and large, Ted Honderich is a determinist, whose work has mainly focused on truth, consciousness and right and wrong (crime, political violence & terrorism). His involvement in political debates, for instance defending both Palestinians’ use of violence and the right of Israel to its original 1948 borders generated a fair deal of media attention, controversy and hatred and positioned him as a radically engaged philosopher.

His contributions to philosophy range from academic articles, books, media appearances (radio, TV), and being Chairman of the Royal Institute of Philosophy. In the absence of much competition, he (almost) unwillingly became a specialist on the philosophy of political violence in the 1970s and remained one of its main authors even after the war on terrorism started.

Honderich’s chief involvement in the field of determinist studies resides in the rejection of both theories of Compatibilism (or soft determinism) and Incompatibilism, arguing that the freedom they refer to (voluntariness and origination) are essential to us. In that sense, he helped redefine determinism and give it a new purpose: freeing ourselves of what we must, but knowing the limits of our freedom (e.g. origination).

Likewise, his work on consciousness consisted in rejecting existing categorisations of the mind (physicalism and spiritualism) led to the “theory of radical externalism”, which defines the outside world partly according to our “perceptual consciousness”. In many ways, his contributions have managed to find a middle ground, which in the case of consciousness seem today confirmed by recent neuroscientific studies.

to access the latest news, debates and courses featuring Ted Honderich and hundreds of other experts.