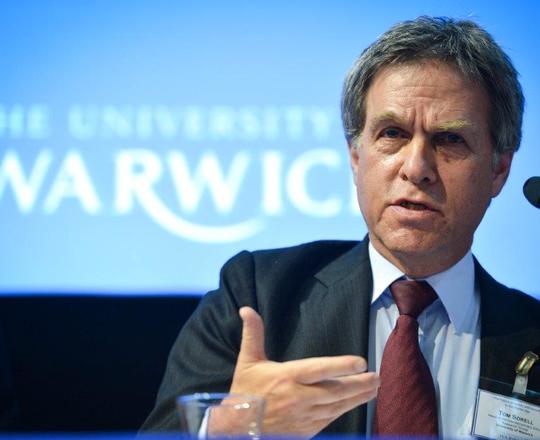 Tom is based in the Politics and International Studies Department, as Professor of Politics and Philosophy and Head of the Interdisciplinary Ethics Research Group. Before coming to Warwick, he was John Ferguson Professor of Global Ethics in the Philosophy Dept. at the University of Birmingham and Professor of Philosophy at Essex University, where he was also co-Director of the Human Rights Centre (2003-2005). Most of his published work is in the history of early modern philosophy, and in in moral and political philosophy. His latest book was Emergencies and Politics (Cambridge U Press, 2013). He is on the editorial board of British Journal of the History of Philosophy and the Journal of Applied Philosophy. He is editor or co-editor of eleven volumes of papers, including The Cambridge Companion to Hobbes, and a forthcoming collection on the ethics of microfinance (Cambridge).

to access the latest news, debates and courses featuring Tom Sorell and hundreds of other experts.