Ideology and The East

Is US militarism exacerbating age-old misunderstandings between East and West?

The brutal and rapid rise of the Islamic State has added a whole new dimension to Western foreign policy on the Middle East. With IS apparently “no weaker” after a year-long campaign of air strikes, might US militarism be exacerbating age-old misunderstandings between East and West? Or is it IS who are repeating the mistakes of the past?

Critic and scholar Ziauddin Sardar is among Prospect magazine’s Top 100 Public British Intellectuals, and ‘Britain’s Own Muslim Polymath’ according to The Independent. His interests include Islamic science and transmodernity. Here he speaks to Claire Ramtuhul about interpretation and misinterpretation of Sharia law, and the history of conflict between Islam and the West.


Has the West misunderstood Sharia law? What aspects of Sharia law do you think are often overlooked?

First, it is important to understand that the West has always seen Islam as the alienable other. This means that, historically, the West has three main problems within Islam: the first was to ask why was there a need for a prophet in the Arabian desert, given that Jesus had already died to redeem humanity? The second problem was an intellectual one, because during that period Islam was intellectually in the ascendant, and Europe felt marginalised from the world of science and learning. The third, of course, was the fact that Islam presented a military threat.

The life-enhancing aspects of Sharia are totally forgotten. People don’t realise that Sharia had a great environmental core: for example, it states that you can’t cut down woodland outside the city; that you have to look after the flora and fauna; that if you draw water from the well, you have to leave some water for the birds; that the city has to be limited within a certain capacity, and so on and so forth. There’s a great environmental core to the Sharia that’s totally and utterly forgotten.

In addition, the principles on which the Sharia is based, from which the law is devised, were lost in all this reconstruction and internalisation of this reconstruction. The goals of the Sharia were all very life-enhancing goals: they were about injustice, about equity, about distribution of wealth, about the pursuit of quality and excellence. Now all these goals have disappeared, and what you are left with is a body of law that was framed in the 9th and 10th centuries, and of course it has very little validity in the contemporary world. The world has moved on, we have evolved morally and intellectually. The world is a different place.

So those original principles, which have been lost, actually chime quite well with our modern sensibilities on democracy?

Democracy is a very modern construction, but the notion of accountability in government, the idea that the ruler has to look after the citizens – what are the rights of the citizens, what are the rights of the ruler – these things were there. The great scholars of Islam, those who framed the Sharia, always believed that a distance should be kept from the rulers. Some of course, supported the caliphs and monarchs, but quite a few stood up to them, because they believed that the truth had to be spoken no matter what the circumstances, and you have to speak truth to power.

You’ve previously said that “Muslims are on the verge of physical, cultural and intellectual extinction”, but with the rise of IS in the Middle East, aren’t we seeing a resurgence in Islamic belief?

Partly because the Muslims now hold onto an obscurant body of law. The important point to remember here was that Sharia was never just law; it was also morality and ethics. For example, there is a very strong notion in Sharia of public interest. This is one of the sources through which the law is derived. Sharia law says that you have to keep public interest in mind. So you can’t do anything that goes against the public interest. This is a very modern construction – but this is in fact in Islam, the technical term is Istislah, meaning public interest. It’s there in the original formation of Islamic law.

Alongside public interest were also questions that people faced in those days of morality, how you treat others, and what do you do with the flora and fauna – what we regard as ecological questions nowadays were actually framed in very moral terms. The rights of the animals, for example, was a question asked. What has happened is that all that has been lost and the moral and ethical dimension of Sharia has been lost and just the body of law has remained. This was constructed for 10th, 11th, and 12th century society and has no direct relevance in contemporary times. But some Muslims hold on to that law, and that’s why they’re on the verge of extinction. They have to go forward and discover the basic principles of the Sharia, and reframe the Sharia using those principles for contemporary times. That has been my argument for a very long time. But just by sticking to classical constructions, you’re not going to go very far.

So it’s about rediscovering the roots of Islam but adapting to contemporary changes?

Has your view on what you see as the extinction of Islam changed at all with regard to IS and what’s happening in the Middle East?

It’s just another step towards the decline isn’t it? What’s happening with IS is very, very important. Many Muslims attach themselves to certain historic notions without knowing the history of those notions. The idea of caliphate is very attractive to them, but they do not know that the Muslims themselves abandoned the idea of caliphate because it did not work.

This happened within a hundred years of the death of the Prophet. First came the four rightly guided caliphs. After that, the monarchs called themselves caliphs but they were really monarchs – they were not elected or represented caliphs in that sense. I have previously written how IS repeat certain elements of the history of Islam. There were groups who were similar to IS, who were led by a charismatic leader, they recruited young people and brainwashed them. There is that history there which is now being repeated – most young people have no idea of Islamic history, they just get stuff from the internet which is essentially nonsense, and think that that is Islam. But Islam is much bigger than what they actually imagine. Islam is not about the construction of a utopian society, it’s a faith about living in a world and trying to change it and promoting justice. So it’s a totally different enterprise than the one undertaken by many young Muslims – you have to give it to them, they are idealists – who think that the future can be constructed in utopian terms.

Do you think the original version of Sharia, the one you’re saying has been lost, can say something about how we might organise British society today?

I would argue that the principles are universal in nature. One of the basic principles of the Sharia is that you should promote social justice. Or you should look after public interest, or that the rulers should be accountable. These are universal principles, that can be applied anywhere. You don’t have to call them Sharia principles.

In terms of the attitudes within Sharia and the actions that it advocates towards non-believers, do you think this is again something whipped up by misreading the Quran and misreading Islam?

Yes, not just misreading Islam, but there are lots of examples in modern Muslim societies, like in Saudi Arabia or the Gulf States, where the old version of Sharia, formulated in the 9th and 10th centuries, is literally imposed on the citizens. They think this is the real Islam, and then they go out and fight for it.

Are there any countries you think are successful in modifying Islam to suit contemporary needs and lifestyles?

You advocate widespread reform of Islamic practice and reinterpretation of the Quran, but is there a danger of watering down principals of the religion, and alienating those who are existing believers?

You can always go in the extreme direction. Here there is another principle of the Sharia we can invoke, and that principle is balance. Whatever you do, it must be balanced. The justification has to be true to the original principles. The Mudawwana of Morroco is true to the original principles; it caters for public interest; it caters for social justice and equity; it promotes harmony between different groups and communities; it promotes harmony between genders and treats men and women equally, which is another demand of Sharia – another basic principle, that whatever the law is it should promote equity.

But ultimately it’s still promoting rule by God than by the people?

God doesn’t actually make rules – because all texts have to be interpreted. You can only interpret a text, and all texts are by human beings. Ultimately it is human beings who make law although they may use God to justify them.

But it is still rooted in that fundamental belief? 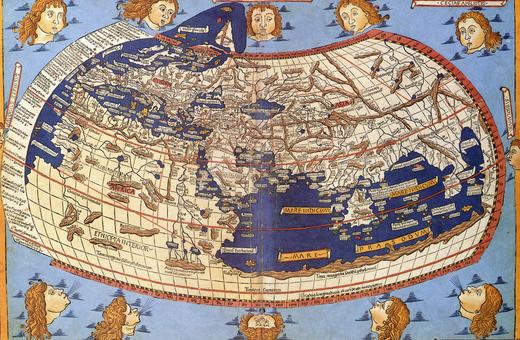 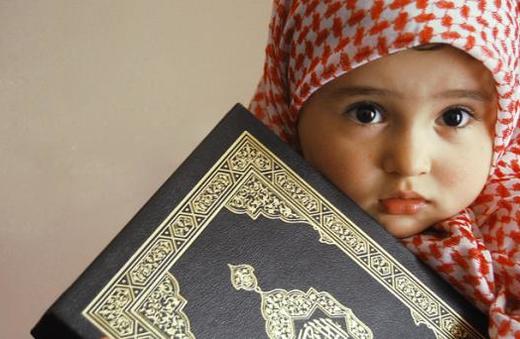