The Politics of Pleasure

Populism brings about joy to its supporters. But reason must contain them

| Sociologist, communications scholar and author of 'Media Unlimited: How the Torrent of Images and Sounds Overwhelms Our Lives'
1,780 words
Read time: approx. 9 mins

Pleasures delivered by reason – from the frissons provoked by a beautiful mathematical equation to the joys inspired by paintings or poetry – are not the majority. It is chiefly for this reason that the media in modernity have proliferated to such a degree as to occupy more time than any activity other than work and sleep. The bulk of popular culture inserts disposable pleasures throughout everyday life. For the most part, the pleasures of our emotions and sensations are momentary respites from the life of calculation that capitalism renders indispensable throughout daily life. (Inspired by Georg Simmel’s Philosophy of Money, I elaborated this argument in my Media Unlimited.) The sheer immensity of media experience is the product of an endless search for the next sensation or feeling. Contra Max Weber, modernity does not drive away enchantment, but pulverises it and sprinkles it around. Thanks to a culture industry that is never more than a click away, the longing for transcendent experience is distributed into a myriad nooks and crannies. Some of these are connected to religious faith, but many are attached to secular occasions that anchor what Emile Durkheim called collective effervescence. The majority of these rest on suspensions of disbelief. We know that the onscreen action isn’t exactly real, but we enter a sensory and emotional domain that takes it seriously. The world of screens is a world in which we register whether a swath of images is funny, or clever, or surprising—not logical or true. The test of “what works” has nothing to do with rationality.

'The bulk of popular culture inserts disposable pleasures throughout everyday life. For the most part, the pleasures of our emotions and sensations are momentary respites from the life of calculation that capitalism renders indispensable throughout daily life.'

Political science has produced scant evidence that people deduce their way to political preferences. Mostly, we feel our way through impression and identification. Our recent history—a nightmare from which we have not yet begun to awaken—is replete with moments when pleasure derives from symbolic combat, the surest source of political identity. The pleasure we take from a political rally, say, aligns us with a faithful populace. We fuse, at least momentarily, in our attachment to the hero, who honours the return of our own repressed. Collectively we celebrate this triumph and make it our own. Our pleasure derives from the sense that the hero has lifted himself (and therefore ourselves) out of the sludge of everyday opinion by 'sticking it to the enemy.' Exuberant crowds of Trump supporters regularly cheer at statements of his that they may well doubt are, strictly speaking, true. Their approval is performative. They relish moments when he outrages 'enemies of the people,' whether or not they think he speaks truth or discern a propositional logic linking his phrases. At such moments, his statements are simultaneously affirmations of righteousness and the power to impose it. Look how they upset the opposition! Provoking that outrage is so common a move on the right-wing internet as to have brought forth a special phrase: 'owning the libs.' This is a symbolic conquest, and a rewarding one. Trump supporters, in the words of the journalist Ed Kilgore, see him as “a scourge for lashing their hated enemies. Every time he says or does something outrageous, he’s ‘owning the libs,’ not breaking time-honored norms.”

It is hard to tell definitively how many in Trump’s audience of natural gas workers in Louisiana agreed with his recent statement that the noise made by windmills causes cancer, or applauded his elaboration: “You want to see a bird cemetery? Go under a windmill sometime. You will see the saddest—you got every type of bird. You know, in California you go to jail for five years if you kill a bald eagle. You go under a windmill, you see them all over the place.” The level on which his hardcore followers accept his claims is not the level of truth. They do more than accept—they embrace. Mere 'truth' is for losers. Does it matter to them whether their leader has ever, in fact, toured a wind farm and inspected the eagle carcasses?

The point of the ritual is not truth, it is defiance. What is real to the passionate followers, the 'base,' is their joy—not different in kind from the grins photographed on the faces of lynch mobs and book-burners. Those who disagree can be discounted, for they are the tools of the 'fake media,' 'enemies of the American people.' Real Americans—along with Farage’s real British, Salvini’s real Italians, Modi’s real Indians, Orban’s real Hungarians—are in the game for the joy of belonging.

Trump is a bad boy, but he is his tribe’s bad boy. He rebels on their behalf and flatters their common sense. He voices the wildness they have had to suppress in the name of political correctness. Factually and stylistically, he breaks rules that they wish they themselves dared break. By being outrageous, he declares his home-grown independence of nasty globalists, rootless cosmopolites, know-it-alls with fancy credentials, or what George Wallace, his less successful predecessor in demagoguery, in 1968 called “pointy-headed bureaucrats riding to work on a bike in their three-piece suits with a peanut butter sandwich in their briefcase." The real people have no need of experts to tell them what is right or true, or why. What they want is to confirm their identity and fight their shared enemies. They are not some people, they are the people. They crave encouragement to depose, punish, and eject unpeople—immigrants, sexual deviants, pursuers of false gods, defiers of natural order.

How, in this setting, does rationality avail? Not easily and not quickly. But the hope for improving its chances at least has a historical name: the Enlightenment. The Enlightenment was, and remains, more than a diffuse faith; it rests on institutions: education, publications, associations, public assembly. The circle of the mature—of rational persons—can be enlarged. The 'marketplace of ideas' is self-improving and self-correcting. (The first newspaper published in Britain’s American colonies, Publick Occurrences of 1690, went to the trouble of warning against 'false Reports,' and threatened to publish the names of their 'malicious Raisers.') When rational thinkers 'dare to know,' as Kant proposed, their powers will grow—that was the theory. In principle, the combination of newspapers and education assures the circulation of reason. Kant published his own What Is Enlightenment? in a newspaper, and devoured newspapers to the end of his days, even if he was well aware they could prove distracting. He also insisted that education spelled progress. At his most extravagant, he speculated: “It may be that education will be constantly improved, and that each succeeding generation will advance one step towards the perfecting of mankind.” John Stuart Mill began writing for newspapers in his seventeenth year. Alexis de Tocqueville thought “newspapers make associations, and associations make newspapers,” and while he understood that some associations were toxic, he helped run a paper that campaigned against unbridled capitalism, and promoted education for all.

How very nineteenth century! Where there was news, there was already 'fake news.' By 1807, none other than Thomas Jefferson, scarred in the political wars of his time, was writing to an aspiring publisher:

Nothing can now be believed which is seen in a newspaper…Truth itself becomes suspicious by being put into that polluted vehicle. The real extent of this state of misinformation is known only to those who are in situations to confront facts within their knowledge with the lies of the day... the man who never looks into a newspaper is better informed than he who reads them; inasmuch as he who knows nothing is nearer to truth than he whose mind is filled with falsehoods & errors.

'Trump—and his counterparts in the UK, Italy, Hungary, Poland, Brazil, and elsewhere—arrive at a time when it is easier to gather a crowd than ever before. Unreason is easy to inflame. It can be done electronically.'

Commercial motives only deepened the risks. A century and a half after Kant asked 'What Is Enlightenment?' Henry Ford reprinted the fraudulent Protocols of the Elders of Zion in a newspaper—one that he happened to own. Reason had to contend with its corruptions. Primitive simulations of reason were absorbed into conspiracy theory and pseudo-biology. Capitalism claimed that markets were the incarnations of rationality but the 'invisible hand' often had other priorities. It delivered, with growth, misery and crises. In the 1930s, it failed catastrophically. As political structures crumbled and knowledgeable elites foundered, the parties of reason proved hapless. Fascist revolutions delivered promises of salvation along with terror and murder. Tens of millions of lives were lost in the struggle to defeat them the only way they could be defeated—by force of arms, not Enlightenment institutions. 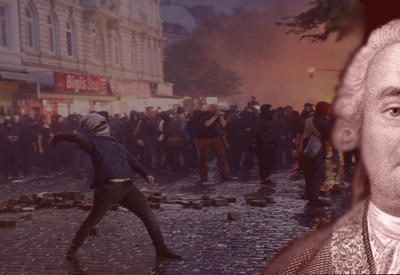 How Would Hume Explain Our Political Divisions? Read more Unreason was overpowered, but neither its motives nor its accusations ended. If rationality engendered the means of mass killing, including atomic bombs, the Enlightenment needed to be enlightened. The knowledge class anathematised by George Wallace fifty-one years ago is now a conspicuous target for tribalists everywhere. A global movement—an international of nationalisms—pushes at weak spots. Billionaires rally victims of globalisation to exploit the ineptitude of practical reason. Social democracy’s weaknesses are apparent.

Trump — and his counterparts in the UK, Italy, Hungary, Poland, Brazil, and elsewhere—arrive at a time when it is easier to gather a crowd than ever before. Unreason is easy to inflame. It can be done electronically. Thanks to Silicon Valley knowhow, billions of people have acquired printing presses. They are their own gatekeepers. At the keyboard, they can convene rallies. They can snipe at mainstream views. Not least because of the cleverness of Rupert Murdoch, they are installed in their own large-scale media. They fancy they are the true majority. They relish their revolts against reason.

Not to say that the legions of unreason are destined to triumph forever. The alliances they represent are not necessarily stable. They too blunder. But for a host of contingencies—not least the retrograde nature of the American Electoral College—they would not have succeeded in planting Donald Trump in the White House. But what the necessary Enlightenment has not confronted is the emergence of formidable blocs that loathe the educated classes and 'their' reason—which they see as weaponry deployed against them. The scale of these blocs varies. In the United States, the impermeable bloc has seized the Republican Party and accounts for some 35-40 percent of the adult population.

In the foreseeable future, these blocs will not disappear. Nihilists will continue to flourish. The global climate emergency is kind to them. The old irrationalities will ferment in new bottles of conspiracy theory. Reason is not on automatic pilot. There are no guarantees. But the poisons can—they must—be contained. Strengthening antibodies against them is the Enlightenment’s duty. 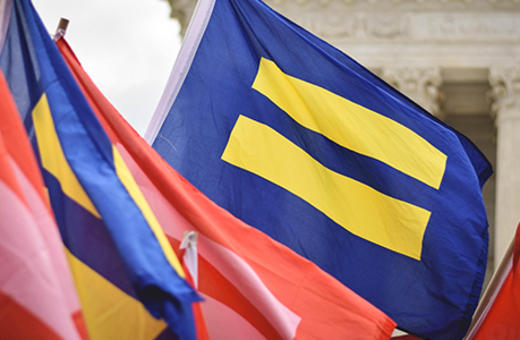 Stories to believe in 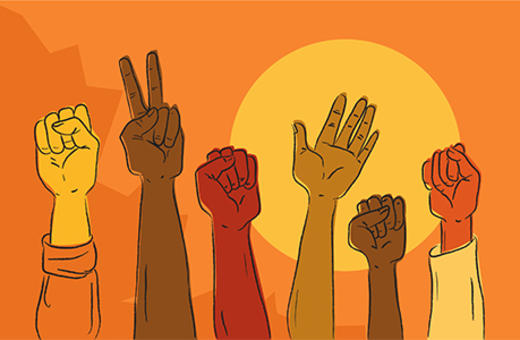 Leading from the left