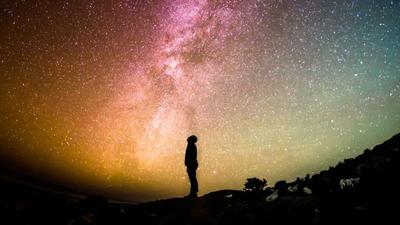 From Dark Energy to Quantum Gravity, the cosmos remains mysterious. How should we approach the puzzles that remain? Nobel Laureate Frank Wilczek argues that, in science, beauty will lead us to truth.

We think science uncovers the truth about the world, no matter how ugly it might be. But from the elegance of Einstein’s Theory of Relativity to the harmony of Supersymmetry, beauty has always been one of science’s most faithful guides.

Nobel Prize winning physicist Frank Wilczek is widely considered one of the world’s most eminent scientists. In his four-part masterclass, Frank Wilczek demonstrates how physics uncovers the beauty of reality, introducing some of the biggest ideas in science today.

In the course, you will learn about:

This course is designed for anyone interested in physics, cosmology and science and requires no prior knowledge. Whether you’re a sixth form or university student, a scientist or you just want to learn more, we welcome you to join Harmony and Balance.