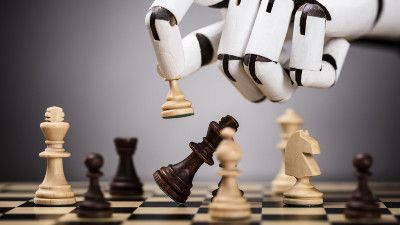 What is creativity? Can machines replicate it? Cambridge philosopher and psychologist Marta Halina uses recent advances in psychology, neuroscience and artificial intelligence to paint a new picture of the creative mind.

Many people see creativity as a mysterious and defining feature of the human mind. From famous artworks to brilliant scientific breakthroughs, our history is built on the foundation of creativity. But what if we’re not the only ones capable of creative intelligence?

In this course, Cambridge philosopher and project leader at the Leverhulme Centre for the Future of Intelligence, Marta Halina will explore the definition of creativity and its potential for artificial intelligence. She divides the idea of creativity into two, distinct actions - exploration and employment – and investigates whether animals, machines and even human babies demonstrate this technique. By examining everything from the behaviour of crows to the differences between Chess and Go, Halina attempts to determine whether creativity can be programmed after all.