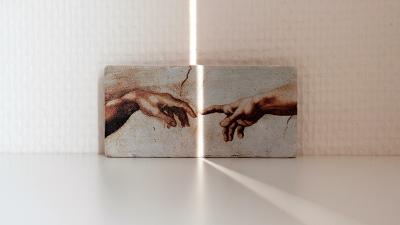 How should we think? How should we live? How ought we treat others? From Hume’s philosophy, to his life's history, to his observations on human behaviour; Julian Baggini gathers together life lessons from one of the most important names in philosophy.

David Hume is considered by many to be one of the most important intellectual figures of the 18th century. As well as a revolutionary philosopher, Hume was a historian, economist, librarian and essayist. His insistence on allowing his other interests to inform his writing saw him take philosophy out of the purely theoretical realm and place it within the practical. Such a wealth of knowledge and experience saw Hume not only offer guidance on how to reason and behave morally but also on how to live a flourishing life.

What does it mean to be rational? How ought we live? Which philosophies should we adopt and which should we reject? Join philosopher and journalist Julian Baggini as he takes you through Hume’s most important life lessons. Baggini will take you on a riveting journey through ancient and early modern philosophy, Hume’s lifework and his advice on how to live well including an analysis into his triumphs and failures as a philosopher.