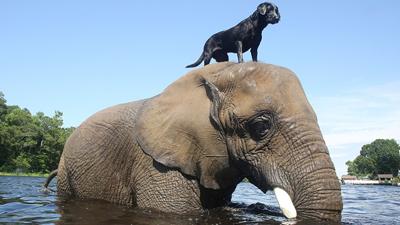 Do we radically misclassify animals? University of Miami Professor of Philosophy Mark Rowlands challenges the boundaries between humankind and animals as minds and moral agents alike.

What are humans doing when we act morally? Can animals act morally? In this course, Professor Mark Rowlands draws on his unique experience of a decade spent living with a wolf to uncover the flaws in the study of animal morality and examines the relationship between humans and other animals in the modern world. Might the differences between us be less significant than we like to think?

As part of the course there are in-video quiz questions to consolidate your learning, suggested further readings to stimulate a deeper exploration of the topic, discussion boards to have your say and an end-of-course assessment set by Professor Rowlands.

A selection of further readings has been suggested by Professor Rowlands as part of this course.