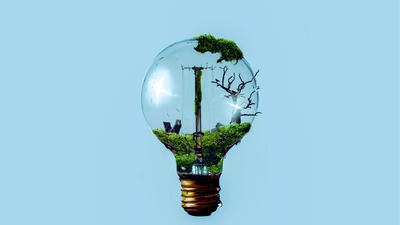 The Non-Existence of the Real World

Does the external world really exist? Professor Jan Westerhoff of Oxford University combines the analytic methods of contemporary Western philosophy with a deep knowledge of Eastern thought to propose that there is no external world.

The standard belief about the external world is that it exists, and we know it exists. Yet there is a rich tradition, in both Western and Eastern philosophy, of arguing that neither objects or facts have any real, independent existence.

Is the coherence of reality an illusion? Is it plausible to imagine we see the world as it really is? If the world is merely a representation, what is being represented? Does the external world exist, not exist, or neither? Can any independent fact be true, or does it’s truth always depend on another fact? And if so, is it dependence all the way down, or all the way around? And if nothing can be ultimately true, what is the point of philosophy?

Professor Jan Westerhoff of Oxford University, author of Reality and Nåagåarjuna's Madhyamaka, combines the analytic methods of contemporary Western philosophy with a deep knowledge of Eastern thought to coherently and lucidly propose the radical idea that there is no external world and no truths to be found.

As part of the course there are in-video quiz questions to consolidate your learning, suggested further readings to stimulate a deeper exploration of the topic, discussion boards to have your say, and an end-of-course assessment set by Jan Westerhoff.

Thomas Metzinger: The Ego Tunnel: The Science of the Mind and the Myth of the Self, New York : Basic Books, 2010.