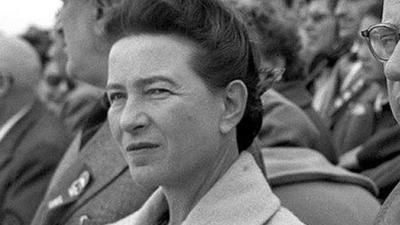 The Philosophy and Feminism of Simone de Beauvoir

Has Beauvoir's philosophy been overlooked? KCL philosopher and author of Becoming Beauvoir, Kate Kirkpatrick, draws on unpublished writings to interrogate her ground-breaking philosophy.

We’ve all heard of Simone de Beauvoir, and some of us might even think we know all there is to know about her philosophy and feminism. But many of Beauvoir’s revolutionary ideas have been neglected by history, replaced instead with salacious tales of her intellectual partnership with Sartre.

In this course, lecturer in Religion, Philosophy and Culture at King’s College London and author of Becoming Beauvoir: A Life, Kate Kirkpatrick introduces us to a new way of seeing Beauvoir’s impact on modern society. Kirkpatrick divides the course in two, first tackling her philosophy and then moving on to discuss her feminism. Ultimately, Kirkpatrick paints an honest and just picture of a woman who she believes changed the face of western society forever.

By the end of the course, you will have learned about:

As part of the course there are in-video quiz questions to consolidate your learning and discussion boards where you can have your say.