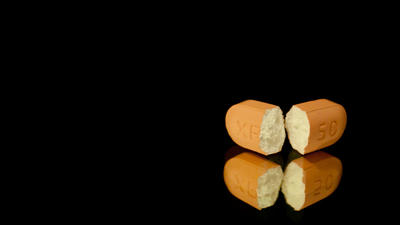 The Science of Psychedelics

What impact do psychedelic drugs have on the brain? What does research show about their potential for use? Psychiatrist David Nutt examines the evidence behind some common misconceptions.

Why is the establishment so scared of psychedelic drugs? Why have Nobel Prize winners and visionaries throughout the ages called LSD the secret of their success? In this course, psychiatrist David Nutt surveys the history of psychedelics and examines the evidence.

From ancient Greece to military experiments, psychedelic drugs are woven into the very fabric of human history. But after fifty years of outrage and scaremongering, governments and the medical establishment refuse to consider them as medical treatments.

In this two-part course, David Nutt cuts through the misinformation surrounding psychedelics and lays down the hard evidence. From alcoholism to depression, he argues that psychedelics could cure all kinds of ailments, helping people to live longer and happier lives.

As part of the course there are in-video quiz questions to consolidate your learning, suggested further readings to stimulate a deeper exploration of the topic, discussion boards to have your say and an end-of-course assessment set by Professor Nutt.