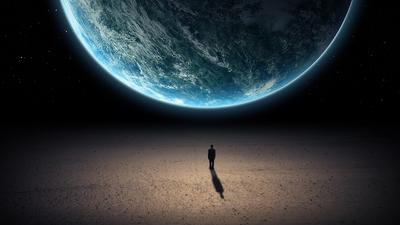 Are there mysteries that science cannot explain? Do we still need philosophy in order to understand the universe? Philosopher of physics Bryan Roberts explores the limits of our greatest source of knowledge.

Does science still need philosophy? In a world of hadron colliders and global telescopes, what can’t science tell us? From the birth of the scientific method to the limits of black holes, philosopher of science Bryan Roberts takes us to the very limits of science and philosophy.

Scientists have achieved things that were simply unimaginable in centuries gone by. With physicists now delving into the intricacies of quantum mechanics and searching for dark energy, philosophy seems to have been left far behind.

In this two-part course, Bryan Roberts argues that scientists need philosophy now more than ever.  Drawing on theories at the cutting-edge of physics, he contends that scientists cannot help but think philosophically about the relationship between theory and reality.

As part of the course there are in-video quiz questions to consolidate your learning, suggested further readings to stimulate a deeper exploration of the topic, discussion boards to have your say and an end-of-course assessment set by Dr Roberts.