How do cults survive in the modern world?

| LSE sociologist and author of The Making of a Moonie: Choice or Brainwashing?
1,007 words
Read time: approx. 5 mins

‘Where have all the cults gone?’  One answer might be ‘Nowhere’, another could be ‘Everywhere!’ The vast majority are still here, but they have changed. Societies’ reactions to them have changed and new varieties have emerged.

The word ‘cult’ is an ambiguous one. Social scientists use the concept and that of ‘sect’ to distinguish various religious (and some non-religious) phenomena from institutions such as ‘church’ or ‘denomination’, both of the former being in tension with society. In popular discourse, however, ‘cult’ and ‘sect’ have come to be associated with something that is unambiguously ‘bad’. Give a group the label ‘cult’ and it is likely to conjure up the image of a dangerous pseudo-religion with satanic overtones, which is involved in financial rackets and political intrigue, indulges in unnatural sexual practices, abuses its women and children,and uses irresistible and irreversible brainwashing techniques to exploit its recruits. It can frequently resort to violence, perform numerous criminal activities and will possibly commit mass suicide.

Such a picture may be helpful in indicating the speaker’s position, but it is unlikely to tell us much about any particular group. It is true that some groups have sometimes done some of these things, but most of the thousands of new forms of religiosity and spirituality that became visible in the West after World War II were no better and no worse than many of the older, more traditional religions that have been around for centuries or even millennia. In order to avoid the pejorative implications of ‘cult’, social scientists have preferred to call such groups ‘new religious movements’ (NRMs). This is a concept that is not without some difficulties, but which, if taken to mean a religion or spiritual community that has a predominantly first-generation membership, can be a useful starting point for investigation. Among the most prominent examples of NRMs in the 1970s and ‘80s were the Unification Church (the ‘Moonies’), the Children of God (later known as The Family International), ISKCON (the International Society for Krishna Consciousness), the Church of Scientology, and the Rajneeshee (Osho) movement.

The most important fact to emphasise about NRMs is that one cannot generalise about them. They can differ from each other in every conceivable way. That said, however, there are some characteristics that one might at least look for in an NRM – at whatever point in history and in whatever society it has emerged. First, converts tend to be more enthusiastic, even fanatic, than those born into a religion. Secondly, they are likely to appeal to a particular section of society. Thirdly, many have a charismatic founder who is unbound by rules or tradition and, thereby, unpredictable and unaccountable to anyone, except perhaps a god.

Fourthly, NRMs often (though not always) have a dichotomous worldview, drawing sharp boundaries between, say, Godly and Satanic; good and bad; right and wrong; before and after; ‘them’ and ‘us’. Fifthly, they tend to be treated with suspicion and are not infrequently persecuted by the host society. Relatives of converts, the state, the media, and special groups, generically referred to as the anti-cult movement (ACM) are likely to see NRMs as some kind of threat to both individuals and the state. Rare, but horrific tragedies, such as the suicides/murders of over 900 members of Jim Jones’ Peoples Temple in Guyana and the release of sarin gas in the Tokyo underground by members of Aum Shinrikyo are constantly referred to as though the thousands of other NRMs were equally likely to carry out such atrocities.

"Many of the perceived dangers of cults have become more widely adopted within the wider society, such as vegetarianism and feminism"
___

A sixth characteristic of all NRMs is that they change far more rapidly and radically than traditional religious movements. The arrival of a second generation, the ageing of converts, the death of charismatic founders, the failure of prophecies, and, possibly, pressure from wider society (most obviously through laws and court cases) – as well as events that have nothing directly to do with the movements (such as the fall of the Berlin Wall or the introduction of the Internet) – can all result in significant changes in an NRM’s beliefs and practices. Very often (though, again, there are exceptions) second- and subsequent-generation NRMs undergo what has been termed ‘denominationalization’ or ‘domestification’, adapting to the mores of the host society so that they are less noticeable with the passage of time.

The NRMs might also be less visible because the media and the rest of society have become more focused on other actual or potential threats. After 9/11, it was Islamic terrorists that became a primary concern. Other reasons have included the widespread exposure of child abuse within the Roman Catholic and other mainstream Churches. Furthermore, many of the perceived dangers or idiosyncrasies promoted by certain NRMs have become more widely adopted within the wider society – vegetarianism, feminism, ecological issues being examples.

It should, however, be noted that there have been further waves of new NRMs. But these have tended to differ from those that became visible during the latter part of the twentieth century. There are fewer ‘world-rejecting’ movements that separate themselves from society geographically and/or socially. Many are related to the ‘new spirituality’ and several are virtual religions, existing almost entirely in the internet, including some movements that have been called ‘Imagined’ or ‘Hyper-real’ religions, which cannot be traced to divine intervention but are explicitly products of the human imagination. The Jedi Knights would be one example and the Pastafarian worshippers of the Flying Spaghetti Monster another.

To conclude, many of the NRMs or so-called ‘cults’ are still with us, with new groups and movements constantly emerging as, indeed, they have throughout the world and throughout history. Although there are some features we can expect to find in at least some NRMs, it needs to be borne in mind that the movements cannot be viewed in isolation from the surrounding society and that they, like the societies with which they interact, are in a constant state of change. 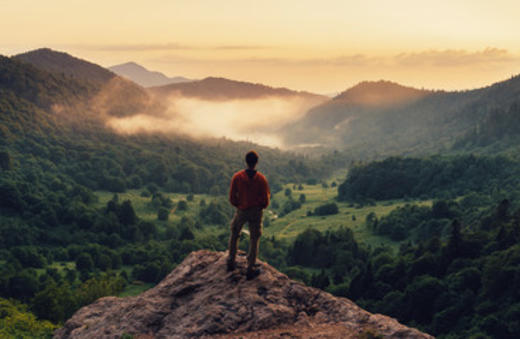 Cults and NRMs are not the same thing. Many cults are secular. Cults are characterized by the psychological techniques they use to recruit, indoctrinate and retain members, not by their beliefs per se. I explain that in my free cult awareness handbook, The DIY Prison: Why Cults Work: https://archive.org/details/TheDIYPrison