Is the persecution of dissent damaging democracy?

| sociologist and social commentator. Frank currently serves as emeritus professor of sociology at the University of Kent. His upcoming book The Road To Ukraine: How The West Lost Its Way is published by De Gruyter
1,503 words
Read time: approx. 8 mins

Contemporary society is more comfortable with values in the plural than with a value that everyone can embrace. Instead of “the truth”, society prefers to lecture about truths. The celebration of non-judgmentalism and difference can be interpreted as a self-conscious attempt to avoid having to make moral judgments. On most issues we are free to pick and choose our beliefs and affiliations. Educators continually inform university students – especially in the social sciences and humanities – that there is no such thing as a wrong or right answer. Instead of an explicit moral code, Western society seeks to police behaviour through a diffuse rhetoric – such as appropriate and inappropriate behaviour – that avoids confronting fundamental existential questions.

Paradoxically, the absence of moral clarity encourages an illiberal climate of intolerant behaviour. In a world where moralists find it difficult to clearly differentiate between right and wrong it is important that some kind of line is drawn between acceptable and unacceptable behaviour. Without a moral grammar to express ideas about right and wrong ethical guidance often has a forced and artificial character. Too often evil is represented in the caricatured form of the serial killer or the paedophile. The Holocaust has been plucked out of its tragic historical context and transformed into a generic metaphor of evil. It is joined by environmental pollution as a highly visual representation of moral depravity. The very few examples of unambiguous evil – paedophilia, Holocaust, pollution – are constantly seized upon to map out acts of potential moral transgression. Discovering new taboos is part of the job description of heresy hunters today. Not being against the Holocaust is probably the most ritualised and institutionalised taboo operating in western societies. Numerous countries now have laws against Holocaust denial. For example in Austria the denial of the Holocaust is a crime that carries a prison term of up to ten years. Targeting Holocaust deniers is a culturally affirmed enterprise that allows politicians to occupy the moral high ground.

Moral entrepreneurs constantly embrace the Holocaust to lend legitimacy to their enterprise. They also insist that anyone who questions their version of events should be treated in a manner that is similar to those who deny the real Holocaust. “Do Armenian citizens of France”, asks an advocate of criminalising the denial of the Armenian genocide, “not deserve the same protection as their Jewish compatriots?”

During the past two decades the act of denial has become the most recognisable characteristic of the 21st century  heretic. Just as the charge of Holocaust denial serves as a moral warrant to withdraw the right to freely question a particular version of events so the denial of claims made by fashionable causes invite censorship and intolerance. Following the precedent set by the anti-Holocaust denial laws, in October 2006, the French National Assembly passed a law that could sentence to a year’s imprisonment anyone who denied the 1915 Armenian genocide.

It is a sign of the time that very few people questioned the right of the French state to pronounce which interpretation of the past was legitimate and which was a crime. Yet the implication of authorising the state to possess the power to dictate what people should believe and what constitutes the historical truth represents a fundamental threat to freedom. The very idea of toleration evolved because far-sighted people understood that the meaning of the truth and the true religion was contested and ought to be a matter for individual reflection. From the standpoint of tolerance, truths – historical or otherwise – are discovered by independent thinking citizens learning from one another in the course of a debate. They should not be laid down in a decree of the state. No doubt those who deny the Holocaust personify the most backward and vile human sentiments but to ban their ideas is far more dangerous than the impact of their speech. Worse still, the suggestion that society fears the claims of Holocaust deniers betrays an insecurity about its own ideas. By assuming the role of the censor it betrays its own democratic principles and risks losing the moral authority of its version of events.

The transformation of the act of denial to a transcendental generic evil is shown by the ease with which its stigmatisation has leaped from the realm of historic controversies surrounding acts of genocide to other areas of debate. Denial has acquired the status of a free-floating blasphemy that can attach itself to a variety of controversies. One opponent of  climate change denial observes that the “language of ‘climate change’, ‘global warming’, ‘human impacts’ and ‘adaptation’ are themselves a form of denial familiar from other forms of human right abuse”. It appears that moral crusaders have become so overwhelmed with the act of denial that they no can no longer tell what a difference in opinion looks like. The rhetorical inflation of the consequences of denial is informed by the aspiration to construct a plausible ideology of evil. The very term “denial” implies that what’s at stake is the status of truth. Those who deny wilfully refuse to recognise the self-evident truth. The vilification of denial ensures that its practitioners are dispossessed of the right to have a voice.

Sadly not accepting a received wisdom is often represented not as disagreement but as an act of denial – and with the stigmatisation of denial this charge has acquired the form of a secular blasphemy. So a book written by an author sceptical of prevailing environmentalist wisdom was dismissed in Nature with the words; “the text employs the strategy of those, who for example, argue that gay men aren’t dying of AIDS, that Jews weren’t singled out by the Nazis for extermination, and so on.” The suggestion that there is a common strategy of denial used in these three highly-charged issues betrays the conspiratorial imagination of heresy hunters.

The stigmatisation of denial represents the prelude for the demand that it be censored. Take the attempt to stifle anyone who raises doubts about the catastrophic representation of climate change. Such sceptics are frequently stigmatised as “global warming deniers” and their behaviour is often compared to those of anti-Semitic Holocaust deniers. Some moral entrepreneurs advocate a policy of zero tolerance towards the target of their crusade: The language used to condemn the heretic typically appeals to a sacred authority that must not be questioned. According to this model “overwhelming evidence” serves as the equivalent of revealed religious truth and those who dare question “scientists of unquestioned reputation” – that is, a new priestly caste – are guilty of blasphemy.

Heresy hunters who charge their opponents with “ecological denial” also warn that “time for reason and reasonableness is running short”. It appears that ecological denial or the refusal to embrace an environmentalist word view is to be complicit in the commitment of a long list of “eco-crimes”. Those who denounce the new heresy often cannot resist the temptation of seeking to shut down discussion. Some claim that, like Holocaust deniers, those who refuse to accept the sacred narrative on global warming should simply be silenced in the media. “There becomes a point in journalism where striving for balance becomes irresponsible”, argues CBS reporter Scott Pelley in justification of this censorious orientation. From this illiberal standpoint the media has a responsibility to silence global warming deniers by whatever means necessary.

Crusaders against denial are not merely interested in silencing their opponents. In the true tradition of heresy hunting they also want to inflict punishment upon those who deny the true faith. Those who deny the official consensus on the spread of AIDS are castigated as “AIDS deniers”. And “if Holocaust-deniers deserve to be punished, so do Aids deniers” argued A Smyth in First Post, before adding that “it is high time African governments outlawed denial of the epidemic, and persecuted those who perpetuate misinformation about AIDS or in any way undermine efforts to tackle it”.

A similar approach is adopted by illiberal opponents of “climate change deniers”. Australian journalist Margo Kingston wrote that as “David Irving is under arrest in Austria for Holocaust denial” perhaps “there is a case for making climate change denial an offence”. Why? Because it is a “crime against humanity, after all”. David Roberts, a journalist for the online magazine Grist, would also like to see global warming deniers prosecuted like Nazi war criminals. With the tone of vitriol characteristic of dogmatic inquisitors he has noted that “we should have war crimes trials for these bastards”, adding “some sort of climate Nuremberg”.

The arguments used by moral entrepreneurs suggest that denial constitutes what traditional religion used to classify as sinful or dangerous ideas. A long time ago theocrats realised that the authority of their belief system would be reinforced if they insisted that “God punishes disbelief”. Moreover they also need to be punished because of the evil impact that their blasphemy has on others. Today’s inquisitors have taken on board this insight and insist that since people need to be protected from disbelief: its repression is often depicted as an act of responsible behaviour. 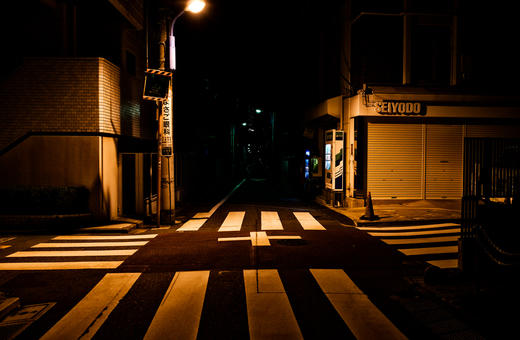