A report from the battle for equality

“I myself have never been able to find out precisely what feminism is: I only know that people call me a feminist whenever I express sentiments that differentiate me from a doormat, or a prostitute”, wrote author and critic Rebecca West – a quotation that highlights the malleable nature of the movement as much as it does its importance. What is feminism? What makes one a feminist? And if equality between the sexes is its ultimate goal, then what is its definition of equality?

This last question is one that appears in our latest ethical debate, perhaps understandably given the subject matter. In Equality and Difference, former Green Party Leader Natalie Bennett, ResPublica director Phillip Blond and Unilever's Social Impact Vice President Marcela Manubens examine the consequences of an entirely equal society, and ask whether absolute equality in all aspects of working life is a desirable proposition. This would mean equal representation for all professions, with as many female football coaches as male nurses – is this a feminist ambition, or the result of a patriarchal model of feminism that ignores essential differences?

But there’s much more to say about this group, which now faces not just challenges to fairness in the workplace, safety on the streets and access to education but more nascent questions about the very nature of sexuality and gender. So find out what our collective of writers, scientists, economists and activists have to say on the subject right here, drawn from their writings for us.

Finn Mackay | Activist, founder of the London Feminist Network and professor of sociology at UWE

Not everyone is feminist, not everything is feminist, not every comment or decision that a woman makes or takes is a feminist comment or a feminist choice. I was unemployed for a few years and claimed benefits; that doesn't make me an expert on Marxist political theory. Most women would support the basic aims and tenets of feminism – I think that is uncontroversial. If more women are resisting and mocking the well-worn stereotypes of feminism and claiming this political label for themselves then that is a positive move. I hope that people follow that up by learning more about the exciting history and present of feminism as a global social movement."

Read Feminism at the Crossroads, a Q&A with Finn Mackay

"Today’s feminists need to realise that it makes less and less sense to talk about women as if they were a single group or indeed, as if they were a group that have the same interests and priorities. That used to be the case when all women’s lives were determined by whether or not they got married and whether they had children. Now there is increasing difference between highly educated women who are, in most respects, more like men, and other women who are still much closer to that traditional pattern. The world is dominated by an elite which remains largely male: just because some women have succeeded in this world, doesn’t change life for those at the lower end of society.

The pay gap that so many feminist columnists get worked up about is no longer an important issue. The pay gap exists because a large number of women in this country have interrupted careers, and work part-time for family reasons. But the reality is that for people who are under 45 who have the same qualifications, the same occupations, and are putting in the same hours over the same amount of time, there is nothing in the labour market to suggest that there is any remaining discrimination in and of itself.

Of all the issues facing feminism today, the fact that a proportion of incredibly successful well-paid women reduce their hours and take a temporary check to their career when they’re going to work until they’re 70 anyway, does not seem significant. Compare that with the genuinely tough life of men and women in the other 85%, and particularly the bottom 50%: this should not be the major feminist campaign of our time."

Read The Death of the Sisterhood, Wolf's view on what feminism is doing wrong, and how to fix it 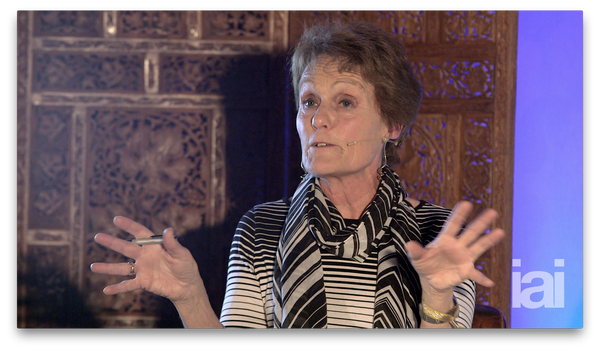 3 - 'Mental differences between the sexes are a fabrication'

Gina Rippon | Professor of Cognitive Neuroimaging and an outspoken critic of the “neurotrash industry”.

"There are two innovative concepts in this field that should have changed our understanding of the alleged role of the brain in gender differences.

Firstly we now know that the brain is immensely malleable or ‘plastic’, its structures and functions changeable not only by specific learning events but also by social contexts and attitudes. For example, ‘stereotype threat’ is a psychological phenomenon where the performance of individual members of negatively stereotyped groups can be detrimentally affected by this expectation of deficiency. We now know that this response is underpinned by changes in how our brains process information. Importantly, this plasticity is a process that remains active throughout most of our lives so, for good or ill, our cerebral characteristics are constantly being altered and updated by our life experiences.

Secondly, it is becoming clear that sex itself (in both its physical and its social, gendered, presentations) needs redefining. The fundamental sex-based dichotomisation into male or female, XX or XY, masculine or feminine, (Mars or Venus!), whereby it is assumed that men and women can be neatly divided into two groups distinguishable by non-overlapping physical characteristics, personality profiles or cognitive skill portfolios, no longer fits the evidence. International surveys and meta-analyses of decades of psychological research has shown there is much greater evidence of gender similarity than difference, that scores on dozens if not hundreds of behavioural measures cluster along a single dimension and not into two categories. To paraphrase the title of an excellent paper on this very theme, we are none of us from Mars or Venus, we are all from Earth. Even in the most fundamental aspect of our biology itself, the XX/XY genotype, contemporary research is showing that there is nothing like the neat dichotomies on which so many research interpretations have been based."

Read How Men and Women Think, a history of, and argument against, the idea that men's and women's brains are different

Beatrix Campbell | Socialist and feminist activist and writer, who has written for the Guardian, New Statesman and Red Rag. Author of nine books including 2014's The End of Equality.

"Before the turn to economic liberalism, China's workers were poor, but they were equally poor. The transition to capitalism released 200 million people from poverty, but accelerating inequalities and the demolition of the welfare system also sponsored the "mother of all redistributions". Unprecedented migration to the cities located millions of workers in urban dormitories − so that, while producing commodities that find their way into homes everywhere in the world, they themselves have neither homes nor money nor time for children. Millions of their children are raised thousands of miles away by relatives in the countryside.

After capitalism was introduced at the end of the 1970s, the gender pay gap grew: in 1988 women's pay was 86% of men's; by 2011 it was only 67%. Before capitalism, parenthood had little impact on pay. After capitalism, the parenthood penalty rose to 40%. Privatisation and cuts scythed public child care provision − a massive redistribution away from children and women. China's transition can thus be seen as a transition to state-sponsored neo-patriarchy. In China, most women, like men, do paid work full-time. But most men, unlike women, do little domestic labour: women work 86 hours a week, but men only 58. That time differential explains almost a third of China's stout gender pay gap. This is China's bequest to the new gender settlement."

Read The Neoliberal Neopatriarchy, on how the rise of capitalism brought gender-inequality with it

Want more on equality? Check out these debates from IAI.TV:

The World After Men

How Men and Women Think