Social connection and substance use

PhD researcher in psychology at the University of Southern California working on substance use and social isolation, with a particular emphasis on opioid addiction and the role of the endogenous opioid system.

The opioid crisis is rampant and deaths from drug overdoses are higher than they have ever been in the U.S. For decades, addiction has been viewed as either a personal failing or a purely physical illness. Both approaches, argue Nina Christie, are not only deeply flawed, but exacerbate the problems that face us. Addiction is primarily a social phenomenon. It is time to revaluate old experiments and see what they reveal about what really drives problematic substance use.

Public perception is important. The way that the general population views a problem or a group of people often determines what policies we create to address that problem, and how that group of people is treated by society at large. The media plays a central role in creating public perception and the depiction of substance use behaviors is no exception. For decades, our perception, our continued use of stigmatizing language like “addict”, and our treatment of people who use drugs has been deeply problematic. Pop culture and media often portray substance use as either a moral failure of an individual, or as an entirely physical phenomenon marked by high tolerance and painful periods of withdrawal, with little to no regard for the role of psychological and social wellbeing.

Both narratives are mistaken.

The evidence against the former is overwhelming. A societal narrative that ascribes blame to people living with substance use disorders and punishes them harshly creates a pervasive stigma against those who use drugs. Media portrayals that paint people who use drugs as lacking willpower, being in denial, or hitting “rock bottom” time and time again have been shown directly to contribute to public stigma against people who use drugs. Stigma has negative consequences for everyone involved; the individuals, their families, their loved ones, and their local communities. For the person who uses drugs, stigma from healthcare professionals leads to low quality medical care [1], self-stigma (which is linked to depression and poor treatment outcomes), whilst also exacerbating racial and socioeconomic disparities in harms associated with substance use. Families and friends have even reported that they are berated, belittled, or shamed for mourning the loss of a loved one due to a drug-related death. [2] In the process of “othering” people who use drugs, society at large cuts people off from social connections, opportunities, safety nets, and from those who are willing and able to offer help.

Animals who have access to social rewards on-demand are much less likely to choose substances and develop problematic substance use.

The latter narrative – the idea that substance use disorders are a physical phenomenon caused solely by the substance itself – is equally flawed. To understand why this is the case, we must revisit an experiment that is not as widely known to the mainstream as it should be. In the 1980s, a series of experiments now dubbed ‘Rat Park’ revealed something rather unexpected. In these experiments, some rats were housed alone in barren cages, while others were housed in cages with ample time for social play, as well as with additional toys and features to explore. Both cages had two water bottles: one filled with water and the other with a heroin or cocaine solution. In all, “Rat Park” reported that social isolation and a generally impoverished environment leads to addiction: the isolated animals were far more likely to repetitively drink from the drug-laced bottles until they overdosed and died than the animals who lived in fancy “Rat Park”.  However, a few years later there was doubt cast on these results: other researchers failed to replicate the findings when they tested other routes of drug administration that are more rewarding to rodent. Yet, more recent work used improved methods to re-test this hypothesis. The experiment allowed animals to actually choose: “Do I want social reward, or a substance reward?”. Animals who have access to social rewards on-demand are much less likely to choose substances and develop problematic substance use.

These findings shed light on the critical need to move our discussion forward about substance use and substance use disorders – now. We as humans are social animals: social isolation hurts us physically and psychologically. Over the last few decades, the size of social networks has decreased, and the number of close friends and family that people confide in is shrinking. Concurrently, drug overdose has become the number one cause of accidental death in the United States, with most drug-related deaths resulting from opioid use. The overdose crisis has taken a toll on American society causing a greater loss of life to overdose than has ever been documented in the US. In 2020, for the first time ever, there were over 100,000 deaths attributed to drug overdose with sharp increases in fatal overdoses from synthetic opioids (like fentanyl) and methamphetamine. The CDC reported that the overdose death rate from synthetic opioids rose on average 8% per year between 1999 and 2013, and then grew to rise an average 71% per year between 2013 and 2017.

The human need for social connectedness is deeply-rooted in our biology, and our endogenous opioid system appears to contribute significantly to the regulation of that need.

My research proposes a psychobiosocial explanation for this concurrent rise in opioid-related overdose deaths and social isolation. We have an endogenous opioid system, which is our body’s internal system that produces opioids inside the body (such as endorphins). Our brains have opioid receptors, and our body creates the opioids that bind to these receptors. Opioids that are introduced from outside the body are known as exogenous opioids (e.g., heroin, fentanyl, and any other opioid that is ingested). The endogenous opioid system serves many functions, such as regulating pain, breathing, and reward. Perhaps the most overlooked purpose that the endogenous opioid system serves its central role in the formation and maintenance of social bonds across the lifespan. The role of endogenous opioids in social attachment has been described in detail primarily in the brain opioid theory of social attachment (BOTSA). For example, the success of the relationship between a mother and infant is paramount to our survival. In primates, this relationship is impaired when either the mother or the infant ingests naltrexone (a drug that blocks endogenous opioids from binding to opioid receptors). In humans, chronic use of opioids appears to be particularly corrosive to close relationships. In all, social isolation is an important factor in substance use disorders, and specifically opioid use disorders.

The implications of this are powerful. The human need for social connectedness is deeply-rooted in our biology, and our endogenous opioid system appears to contribute significantly to the regulation of that need. If social isolation is linked to an increase in substance use (especially opioid use) then increasing social cohesion and the feeling of social belongingness among individuals with a substance use is a key component to addressing the overdose crisis in the United States today. There are many ways that social connection is being integrated into our current treatment of substance use disorders. First, from a policy perspective many harm reduction programs are run or partially-run by people who are in recovery themselves. These programs are effective in part because people who use drugs can trust the people running the programs, and thus have better engagement with the services being offered. Additionally, policies aimed at promoting community-level social capital would likely be highly effective in reducing substance use disorders, and could reduce current racial disparities. Moreover, recent work has developed an “ice-cream model” that begins at the person-level wherein an individual first maps out their recovery capital, then their community-level capital, their social identity, and finally their community assets to achieve community-level wellbeing. 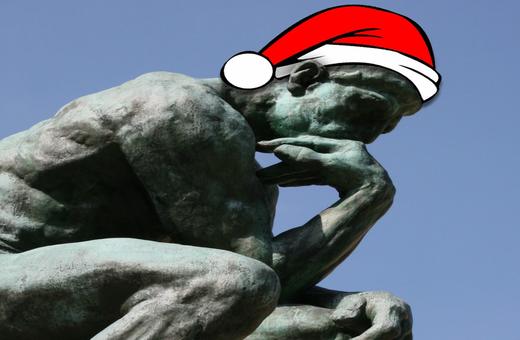 Marx, Nietzsche and philosophy at Christmas