Why science itself is part of the problem

The hard problem of consciousness is not a just little local difficulty that will be solved by advances in neuroscience. As Thomas Nagel said, ‘it invades our understanding of the entire cosmos and its history’.

It was David Chalmers who first proposed a distinction between ‘hard’ and ‘easy’ problems of consciousness – a distinction which has been problematic ever since. It gives too much ground to those who believe neural and computational science explain consciousness key aspects of consciousness. And it is biased towards the perspective that there are parts of the mind that entirely belong to the physical world and are no more than physical way stations in the causal chain between sensory inputs and behavioural outputs.

Contrary to Chalmers, the hard problems of consciousness,  that will always resist understanding through objective quantitative investigations, go beyond subjective experience and ‘what it is like’ to be a conscious subject. They encompass  aspects of the mind that Chalmers categorises as ‘easy’.  These include:  our ability to describe our mental states, to focus our attention or deliberately to control our behaviour, and to acquire and integrate information; the difference between wakefulness and sleep; the degrees and content of consciousness. Moreover agency, selfhood, intelligence, and our relationship to time are also ‘hard’ in Chalmers’ sense.

These aspects of consciousness are a measure of the distance between human beings and the rest of nature as it is seen through the lens of physical sciences. There are many reasons why natural science fails to capture them, and why this will not be a temporary state of affairs. Two reasons are particularly important.

The first is that scientific enquiry is conducted by conscious subjects. Such subjects are prior to and presupposed in science. One wouldn’t therefore expect them to be accommodated in its theories. Albert Einstein, a profound philosopher as well as one of the greatest scientists who ever lived, appreciated this. In an interview, he makes the radical claim that measurement, the very essence of science, does not fit into relativity theory:

One is struck by the fact that the theory introduces two kinds of physical things, i.e. (1) measuring rods and clocks, and (2) all other things, e.g., the electromagnetic field, the material point, etc. This, in a certain sense, is inconsistent; strictly speaking, measuring rods and clocks would have to be represented as solutions of the basic equations (objects consisting of moving atomic configurations) not, as it were, theoretically self-sufficient entities.

There is a comparable problem in the case of quantum mechanics. As the physicist and philosopher  William Simpson wrote, ‘effective measuring devices are macroscopic objects without which the sciences would not advance, but whose behaviours are not microphysically explicable’. There is no version of quantum field theory that can make sense of the macroscopic scientists with their macroscopic equipment who have made the measurements that underpin the theory.

The other key obstruction to solving the hard problem is that the world as revealed through the natural sciences is a network of causally connected events. However, conscious experiences and propositional attitudes such as thoughts and beliefs are not merely effects of causes. They are about that which is supposed to cause them.

That aboutness – which points causally upstream, in a counter-causal direction – has no place in the causal nexus of material events. The laws of nature uncovered by science can explain the processes by which light impacts on, and excites, the retina and hence the visual cortex. What is does not explain is how the activity in the visual cortex becomes a revelation of an extra-cranial world courtesy of events preceding them in a causal chain. Physical science explains how the light gets in but not how the gaze looks out.

And perception is only the most basic aspect of the capacity of the conscious subject to face – indeed transcend - the material world (including the brain) and ultimately transform what-is into the subject matter of science. Turning to face the world in this way is also necessary for agency, including the strange voluntary act of making measurements and transforming experience into objective quantities, into the data that are gathered up into the laws of nature.

We cannot expect science to account for the many facets of consciousness that are the conditions of its own possibility. For this reason, the hard problem – or problems – of consciousness will not be solved by ever more sophisticated scientific or neuroscientific enquiry.

Raymond Tallis will be appearing in Language and Animals and Us discussing whether language is the enabler of consciousness itself. 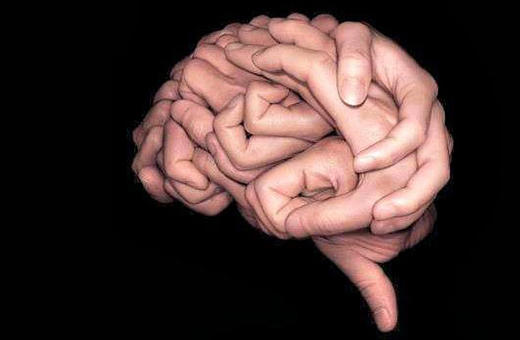