The student campaign to remove a statue of Cecil Rhodes from Oriel College at Oxford University failed. One may speculate about the true reasons behind the staunch resistance by this institution against the students’ protest. In the official defence of this choice, something no one can object to was called upon: freedom of speech. Both Chris Patten and Mary Beard argued in favour of keeping the statue because removing statues of individuals with whose views one disagrees is contrary to freedom of speech and historical accuracy.

However, there is nothing free and open about the contribution of these statues to our discourse on British History. In fact, monuments make us forget more than they help us remember. By prompting some thoughts, statues suppress others, thus promoting an ideological view of the past. Seeing figurative public art every day subtly manipulates our minds.

Surely, I hear you say, this is preposterous! Statues are not a means of mind control.

"By prompting some thoughts, statues suppress others, thus promoting an ideological view of the past."

Subjects are given pieces of paper with pairs of words. One is a word for a category of things such as ‘animal’ or ‘vegetable’. The other is an exemplar within the category such as ‘dog’ and ‘spinach’. Thus, for instance, participants have many pairs like ‘animal-dog’, ‘animal-cat’, ‘vegetable-spinach’, ‘vegetable-broccoli’ and so forth. Subsequently, they practice remembering (retrieving) some pairs using cues such as ‘animal-d….’ which they must complete. Subjects are only given cues about some pairings and only within one category: ‘animal’ for instance. Finally, participants are tested to see how many pairings they remember. Unsurprisingly, what they remember best are the pairs that they practiced because of the cues.

However, what they remember second best are those pairs that belong to the category that they did not practice at all. Finally, their memory is worst for pairings that were not practiced but belong to the practiced category. The act of remembering some objects actually inhibits memory of related things which therefore become harder to remember, whilst leaving memories for unrelated topics unaffected.

RIF can be socially shared. It operates in the process that shapes the formation of shared memories of one’s past. For example, couples in long term relationships often reminisce about their lives together. Partners recollect some events but not others; they misremember some things and ignore aspects of others. In doing so, they fabricate some details but they also non-consciously inhibit memories of some aspects of the events they recollected. Through repetition some memories are facilitated and others suppressed until over time their memories of their shared past converge onto one shared narrative remembered by both.

Imagine, for example, that two people are reminiscing about their first holiday together. One person reminds the other that it was raining when they arrived at their destination; the other perhaps thought it had been sunny but gets convinced of the opposite. The first then prompts the other to remember that the lift in the hotel did not work. Prompted in this way, the other agrees and adds that the food was bad.

"If one person does most of the talking, it is what he or she chooses to remember that determines what is forgotten because it is inhibited by the retrieval of some memories."

Notice, however, that the partners may not have contributed equally to the process of memory construction. If one person does most of the talking, it is what he or she chooses to remember that determines what is forgotten because it is inhibited by the retrieval of some memories. The shared narrative may be closer to the initial memories of one of the two members of the couple. Perhaps, one of them had happy memories of the holiday but ends up sharing the view that it was a disappointment. Thus, retrieval induced forgetting is socially shared.

A similar phenomenon occurs in small and large groups provided that the individuals within them are not completely hostile to and diffident of each other. Speakers can, by choosing to selectively remember the past, induce forgetting in their audience because its members silently retrieve those memories which are prompted by speakers Thus, Francophone citizens of Belgium were found to exhibit SS-RIF after listening to a televised address by the King (Stone and Hirst, 2014).

Since statuary is a very selective cue of the past, one should expect it to produce SS-RIF in those members of the public who are not completely hostile to the government or institution who erected the work of art. Monuments are effective cues because they can be encountered daily and thus prompt frequent retrieval of some thoughts about the shared past of a nation or institution. They are therefore powerful instruments in the construction of shared collective memories.

The story they tell, however, does not reflect equally the past experiences of every member of the nation or of the institution whose history is memorialised by them. Instead, they represent a selective view that commemorates some events, as seen from a given perspective, but not others. In this way monuments facilitate the construction of certain memories of the national past in the minds of the public that are facilitated by near constant prompting, and the inhibition of others which are related but not cued.

"Monuments are indeed so powerful in forging a collective view and purpose that they are among the first things to be taken down during revolutionary upheavals."

War monuments are instructive in this regard. In Britain they have always been sombre but also heroic. As such they portray the wars that they memorialise as tragic but not pointless. They represent the dead as embodying the values of Britishness: patriotic duty, sacrifice, heroism and stiff upper lip. By viewing monuments like these daily, the public imbibes a view of heroic Britain and equally heroic white male citizenship. It would be a rare monument that represents soldiers as scared, shivering, frightened and crying.

One may have read alternative accounts of the memorialised events or individuals in history books and in autobiographical narratives. However, frequent encounters with monuments facilitate the retrieval of some accounts which, being prompted so often, become cemented in memory. Other alternative views, even if one once knew them, are pushed down in one’s memory by the constant prompting of the official view which is therefore at the forefront of consciousness.

It is thus not surprising that every government and powerful institution chooses to spend some of its financial resources by commissioning works that commemorate its past and present it in a celebratory light. Monuments are indeed so powerful in forging a collective view and purpose that they are among the first things to be taken down during revolutionary upheavals. Often these acts of rebellion are also memorialised, as is the case with Western pictures and videos of the toppling of statue of Saddam after the fall of his regime in Iraq.

Now, let us reconsider the statue of Cecil Rhodes at Oxford University. One may speculate about the true reasons behind the staunch resistance of this institution against the students’ protest. Certainly, had Oxford acceded to students’ demands, the gesture would have been interpreted as a wholesale repudiation of the Empire. This is something no British institution can afford. Instead much time and money is dedicated to uncovering seemingly redeemable aspects of this chapter of British history. This effort persists even though the myth of the civilising effect of colonialism has lost its lustre.

Since Oxford University could not be seen to endorse colonialism and the racist views explicitly defended by Rhodes, but could not afford to appear to reject the legacy of Empire, it chose to base its argument for the status quo and the always fruitful freedom of speech.

The idea that removing a statue would somehow be stifling this freedom is horribly misguided. First, statues are not history books; they do not record; they commemorate and celebrate. To remove a statue is to indicate that the individual in question does not deserve to be memorialised. This is why no one in the West has used this argument against the removal of statues of Stalin or Saddam by protesters.

Second, irrespective of whether the metaphor of the free market of ideas makes sense, there is no free market of statues. Public monuments cost money and need official approval to be built. It is not true that if you think a monument glorifies what is morally reprehensible, you can build your own celebrating what you think is right.

"If we really wish to promote freedom of speech and public debate we should pay attention to the physical environment within which discussion occurs."

Finally, as I argued above, monuments make the public forget as much as they facilitate remembering. The statue of Rhodes is such a prompt. It promotes, in those who know whom it represents and are not already strongly opposed to what it stands for, the thought that figures of the Empire did something good such as promote education.

This statue, and innumerable others like it, also have effects on members of the public who do not recognise the historical figures thus memorialised. These monuments represent people who are almost always male and unmistakably white. Thus, they convey a message about who the history makers are and what people who are worth remembering look like.

The retrieval of these thoughts has effects on our memory that are outside the public awareness and control. It inhibits the formation of a different kind of shared narrative of Britain’s past, which would own up to the less honourable moments in its history and acknowledge the positive contributions to public life made by migrants and women.

If we really wish to promote freedom of speech and public debate we should pay attention to the physical environment within which discussion occurs. The persistence of public art that subtly and subconsciously biases collective memories so as to produce collective amnesia about the least glorifying episodes of British history does nothing to promote the free exchange of ideas. 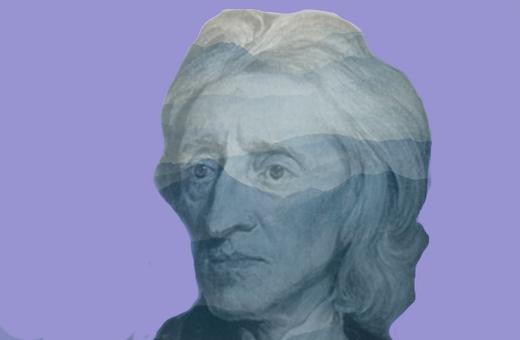 I really enjoyed reading your article. I found this as an informative and interesting post, so I think it is very useful and knowledgeable.
lawncarerapidcitysd.com

Very interesting article really. I need some help with my dissertation, the thesis is about enchancing morality. So i need to pay for papers because i want good grade.