Mary Midgley, a moral philosopher and author, has been described as “the UK’s foremost scourge of scientific pretension”. At the venerable age of 94, she has published a new book, Are You an Illusion?, which examines contemporary approaches to the question of consciousness. As in previous books, such as Science as Salvation and The Solitary Self, Midgley seeks to challenge what she sees as the materialist dogmatism that dominates much of modern scientific thinking.

Here, Midgley explains the popularity of Richard Dawkins, why genes aren't selfish after all, and how today's scientists could do with a little more philosophical training.

What does it mean to say that science is a form of metaphysics?

I take it that `science’ here means `physical science’, not just systematic thinking in general? If so, then saying that it is a "a form of metaphysics" seems to be just a mistake. The speaker’s idea is probably that `science’ on its own can supply its own conceptual background – the set of assumptions needed for its work – so that no philosophical thinking is needed here.

This can’t be true, since concepts – structural ideas such as mind and body, force, time, life and causal necessity – are not physical items.

What is involved here is not just a tribal dispute between two sets of academics. Reflection about these background assumptions is philosophical work whoever does it. The many great scientists, from Newton to Einstein, who have always dealt with philosophical questions have known this well. It is only lately that scientific training has become so one-sided that the crucial function of philosophy within it has been forgotten.

This close link between science and philosophy is not exceptional. Every discipline – history, mathematics, language, whatever – raises philosophical problems whenever the discussions within it become very general..

Is science ill-equipped to approach the question of the self and human consciousness?

Again, if `science’ means `physical science’, it can’t deal with questions about the self and human consciousness, since these are not physical items. The central questions here are not about empirical facts. They are questions about how best to think about our lives. It is no deprivation to science not to deal with them, science has plenty of subject-matter of its own.

How have we come to place so much faith in science when it comes to understanding the self?

The physical sciences have been so extraordinarily successful in their own sphere of late that people tend now to expect them to be applicable everywhere. Enlightenment thinking has built up a general optimism about human capacities which centres at present on what is called `the scientific method’ – a grossly simplified notion about how scientists work, one which almost treats them as omnipotent.

Brain science, in particular, has been greeted with a credulous rapture which is quite out of proportion to any light that it has actually thrown on the rest of life. In fact, at present the sort of wild credulity which used to be associated chiefly with religious movements seems to flow most naturally towards scientific developments.

All this distracts people from older ways of thinking – not just from religious thinking, but from all sorts of instinctive and traditional social approaches by which human life has habitually been guided, and which are probably necessary to it. In this area, isolated experimental results are really not a substitute for the accumulated experience of history.

Why do you think Richard Dawkins has become such a respected figure even outside the domain of science?

The reason why Richard Dawkins became accepted as a prophet was that The Selfish Gene was a best-seller. This happened, not so much because it expounded the workings of evolution clearly, as because it provided a political myth that was entirely in tune with the wishes of the time. It came out during the Reagan-Thatcher epoch, when people all over the West were becoming tired of the genuine communal efforts which they had made during the war and immediately after it – the efforts that led to the Welfare State, particularly the National Health Service. They were pining to be told that they need not make these efforts after all.

The word `selfish’ in the title was crucial. Dawkins himself, speaking on the 30th anniversary of the book’s publication, said that this word had actually been ill-chosen; he should have called the book `The Co-operative Gene’. And since genes themselves do not work in isolation at all, this was obviously right. But throughout the book the irrelevant egoist message is raucous, enforced by imagery such as the comparison of genes to Chicago gangsters.

The book’s imaginative force intensified to an extreme degree the individualistic element in the concept of evolution - which was alien to Darwin, but which had already been sketched out by nineteenth-century Social Darwinists. `Selfishness’ was now endorsed as a political virtue, blessed (just as greed was later) by an official pronouncement of science. Until the financial breakdowns which began in 2008, this fantasy continued to be widely accepted. It distorted both people’s current policies and their notions about past development, distracting attention from various real discoveries, such as those of Lynn Margulis, about the importance of symbiosis in evolution and the extent to which all living things are interdependent with one another. This rampant egoism is a myth which still misleads us today.

Since that time Dawkins himself has largely shifted his interests to objecting to religion, thus assuring for himself a large ready-made public, especially in America.

What are the major problems of scientism today?

The major problem with scientism (which is the belief that something called `science’ reigns supreme, making all other ways of thinking unnecessary) is that it narrows people’s horizons, making them always hope for a physical solution to problems that are in fact not physical at all. These problems are, for instance, social, moral or political – problems, in short, that arise simply from the difficulties involved in large-scale human societies trying to live together without disaster.

Much of the trouble arises from what Karl Popper called `promissory materialism’ – from the idea that material solutions will always eventually solve every problem, however obvious it may seem that these solutions are simply irrelevant.

How could philosophy improve scientific research?

Philosophy could improve scientific research by directing the attention of scientists to the issues which actually most need clarifying, rather than ones that just happen to be already under discussion, or indeed ones for which experimental material is easily available.

Asking what issues come next – what questions actually arise out of current beliefs – is philosophical business, even though it is scientists who are usually called on to perform it. This is one reason (among many) why it would be a good idea if scientists got a bit more philosophical training than they usually get today. 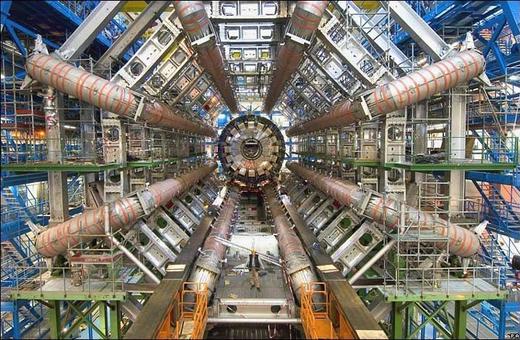 When it comes to helping a student, I always say domyessay reddit. And most importantly, I'm never wrong. In my practice alone, I count several dozen essays and term papers successfully submitted to the teacher. Especially during the session, when you do not have time at all. My friends wrote a post about this on an educational forum about the importance of building your time management. And in fact, they are completely right. Because the university generally asks a lot of homework.

full of entertainment and attractive, let's experience paper minecraft it!

Great to read this philosophy on illusion and the best thing about this info is that it is scientifically proven. I read a little bit about thesis writing services and this can help you to read more facts about this illusion work.

Mary Midgley quotes Popper, approvingly, with his remark on "promissory materialism".
I would very much like to have Mary Midgley's view on the case Karl Popper made in support of science having (un-knowable) metaphysical foundations. I believe this is captured in Popper's statement, referring to his criticism of logical positivism, along the lines that the attempt to eliminate metaphysics from philosophy would also eliminate science. I am aware that Midgley refers (e.g. in 'Poetry and Science') to the regrettable absence from Popper's work of any discussion of the standards or means of assessment of the disciplines that are not science (in his terms). (This absence seems to be due to Popper having not much interest in non-science, and/or too much work in trying to address his treatment of the "demarcation" problem to positivist thinking). And Midgley is right I think to point out (again in 'Poetry and Science', if not also elsewhere) that Popper's work, in spite if his repeated efforts to correct the misinterpretation, came to be taken as a support for positivism. However, there remains Popper's basically Kantian view that all observation is 'theory-soaked', that the mind - the subject - is active in our acquiring knowledge. I would very much like to know how Midgley regards Popper's attempt to show the metaphysical status of the foundations of science.