How can we account for the contradictory and elusive nature of authenticity?

In Sincerity and Authenticity (1972) liberal critic Lionel Trilling distinguished between two particular ways of being in the modern world. Being ‘sincere’ (from Latin sincerus, of things, ‘whole, clean, pure, uninjured, unmixed’), ‘true to oneself’ by not ‘dissembling’, becomes an ideal during the early emergence of bourgeois individualism. Its new significance coincides with the increase in social mobility, mobility which also offered more chances for pretending to be what one wasn’t. Shakespeare’s plays often deal with this issue. However, being true to oneself by not pretending to be other than one’s social role dictates subsequently often comes to be seen as merely a kind of conformism that precisely lacks ‘authenticity’. This demands doing things on one’s own authority, which can be seen in terms of being ‘author of oneself’. Diderot’s Rameau’s Nephew (1761), a dialogue with an eccentric man who is able to play character roles at will but who cannot stably adhere to any role for himself, explores the problems associated with self-authorship, and Hegel quotes the text in the Phenomenology of Spirit when explicating modern forms of consciousness.

Authenticity, then, demands truth to oneself of a different order from sincerity. Trilling dramatises this by reference to Joseph Conrad’s Heart of Darkness, where the atrocities committed by Kurtz (which are based on the genocide committed by the Belgians in the Congo in the 19th century) are seen as linked to his plumbing the depths of what he is capable of: being ‘true to oneself’ here leads to sheer horror.

The core difficulty here was expressed by German philosopher F.W.J. Schelling in the 1830’s, where the reference to ‘charm’ could be replaced by either ‘sincerity’ or ‘authenticity’:

There are certain moral and other qualities that one only has precisely to the extent that one does not have them, or, as the German language splendidly expresses it, to the extent to which one does not put on (sich anzieht) those qualities. E.g., true charm is only possible precisely if it does not know about itself, whereas a person who knows of his charm, who puts it on, immediately stops being charming, and if he conducts himself as being charming will instead become the opposite (F.W.J. Schelling, On the History of Modern Philosophy, (trans. A. Bowie, Cambridge UP, 1994).

This passage is actually from a metaphysical argument on the cosmic scale, concerning how the world becomes intelligible at all by taking on determinate forms. The idea is that being takes on attributes by splitting into subjective and objective, and the human issue of self-objectification is seen as inherent in the world as a whole: ‘But the subject cannot grasp itself as what it Is, for precisely in attracting itself (im sich Anziehen) it becomes an other, this is the basic contradiction, we can say the misfortune, in all being - for either it leaves itself, then it is as nothing, or it attracts itself, then it is an other and not identical with itself’ (ibid.).

As soon as there is a division in the self, of the kind generated by seeking self-knowledge, attributes like authenticity become a problem. The idea of anyone claiming ‘I am an authentic person’ involves a kind of self-observation that destroys what it seeks to affirm. This situation poses important questions about knowledge. If authenticity is destroyed by the subject thinking it knows that it is authentic, there seem to be ways of being which may be valuable because they transcend our ability to know them. As we shall see in a moment, this idea may help explain why art takes on new significance in modernity.

Despite these difficulties, the notion of authenticity has not disappeared from social discourse, which suggests it answers to a need to articulate something, even as that articulation seems to negate it. The problem with the notion as applied to individuals lies, then, in modern conflicts about the nature of the subject, where Marx, Nietzsche, Freud, and many others, put in question, in the manner already suggested by Schelling, the extent to which people can be transparent to themselves. Is what I am doing a true expression of myself, or is it the result of social conditioning, self-deception, the unconscious?

"The idea of anyone claiming ‘I am an authentic person’ involves a kind of self-observation that destroys what it seeks to affirm."
___

In a world where, as Marx claimed of the modern commodity market, relations between people often become relations between economically measureable things, authenticity starts to look like a receding goal that we cannot renounce, but which also seems inherently questionable. The contemporary world is evidently even more structured by commodification than at the time of Marx. Endlessly diverse things are made equivalent to other things by the mechanism of exchange value. It seems no coincidence, then, that the term ‘authentic’ has come to be used as a means of trying to elevate certain  commodities to a higher status in the market than apparently identical commodities. https://www.authenticwatches.com offers a crude suggestion of what I mean.

The early uses of ‘sincere’ and ‘authentic’ had applied both to objects and people, but the moralising of the terms in the wake of the new senses of the self/subject that emerge in the modern era meant the terms came to apply predominantly to assessments of people. The more recent application of ‘authentic’ to watches, iPhones, trainers, etc., thus to objects which rely not least on their status as ‘brands’, can therefore be read as part of what Georg Lukács termed ‘reification’. Relations to objects can start to distort relations between people, giving the value of the ‘brand’ object primacy over that of other subjects. The figures here may be open to question, but the phenomenon seems to be real. The point is that this particular kind of violent theft is linked to the way objects are promoted as ‘authentic’ in the market, rather than just to either their monetary- or use-value. In a manner which may be related to this kind of reification, the discourse of authenticity has also come to play a more than questionable role in politics. In a world where rational appraisal becomes ever more complex and difficult: ‘He tells it like it is’ is said by their supporters of people who demonstrably don’t tell it like it is, such as Trump and Farage. Such attributions of authenticity, which are strategically used to create the ‘brand’ of the politician, generally mean ‘he confirms my (often racist) prejudices’, but they are still a testimony to how a desire for authenticity (however distorted it may be) is both ineliminable, and yet also prone to be the source of the opposite of what it claims to be.

The fact that we still talk about authenticity is not just another manifestation of a perennial philosophical urge to distinguish appearance from reality. The word’s often close affiliation with issues of truth should not hide the fact that exploration of authenticity can put in question certain kinds of exclusive attention to objective truth, as I suggested above. So where might we look for a better understanding of authenticity?

The emergence of the modern problem of authenticity, suggested by Diderot in Rameau’s Nephew, is contemporaneous with the emergence of specific philosophical concern with aesthetic judgement, and with the growing importance of art associated with the process of secularisation in modern Europe. One feature of many forms of art in modernity lies in the way they continually seek to move beyond forms which come to be appropriated for extra-aesthetic purposes, or which have become tired or rigidified. Moreover, as the scientific revolution produces ever more technologically transformative knowledge and explanations for natural phenomena that used to be mysterious, attention to art does not, as one might expect, diminish. Art can, then, serve as a way of revealing what certain forms of knowledge may obscure. Instead of the truth such art conveys being explicit, it seems to reside precisely in its resistance to being reduced to propositional form: the heightened philosophical importance of music from the end of the 18th century onwards is a sign of this. The resistance of Kafka’s work to definitive interpretation, the uncompromising way in which great musicians like John Coltrane keep pushing the boundaries of musical sense cannot, though, just be cashed out into definitive claims about the authenticity of their work. The point is that such claims can only be ‘validated’ by the continuing power of such art to challenge how we experience the world. At some point that challenge may lose its force, and we may come to realise we were mistaken about it, but authenticity, as we have seen, is precisely characterised by its precarious and contradictory nature.

Andrew Bowie is Professor of Philosophy and German, Royal Holloway University of London, and a jazz saxophonist 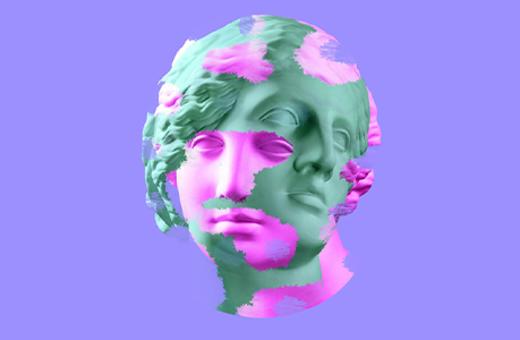