Are aesthetics a guide to truth or a distraction?

| UCL physics professor, author, Smashing Physics: The Inside Story of the Hunt for the Higgs
1,549 words
Read time: approx. 8 mins

E=mc2. Einstein’s great equation represents a pinnacle of mathematical purity. But as the evidence piles up which general relativity struggles to account for, is the very elegance of Einstein's theories preventing scientists from updating them? Is there always beauty in truth, or are aesthetics a distraction from the fundamental mission of science?

Jon Butterworth is a physics professor at University College London. He is a member of the UCL High Energy Physics group and works on the Atlas experiment at Cern's Large Hadron Collider. His book, Smashing Physics: The Inside Story of the Hunt for the Higgs was published in May 2014.

Here, he speaks to the IAI about quantum physics, the Standard Model, and the relationship between beauty and scientific truth.

You have said in the past that beauty is found in simplicity, but isn’t it actually the complex nature of the world that inspires awe?

Obviously it’s a subjective point of view but, for me, what inspires awe is the fact that such complexity can arise for some very simple underlying principles. It’s the combination of complexity and simplicity. If the universe was all manifestly simple, that wouldn’t be so impressive. But the fact that you can see all this complexity and wonder around us and it arises, perhaps, from some really elegant principles, to me that’s where the beauty lies.

Why is it rational to use the simpler theory to explain phenomena? Could using this approach lead us to something which is beautiful but untrue? Is beauty perhaps a distraction?

Given that science is experimental, it’s unlikely to settle on something that’s actually wrong, because in the end it has to be judged against what we observe. But yes, it’s certainly true that beauty could be a distraction, that people could place too much weight on the aesthetic concerns when really the data is telling us something different. It’s certainly true that we could go the wrong way because of our prejudice to follow what we think is the simpler model or simpler theory. But you have to use whatever guide you can find. In the end, the data keep you honest. If you’re not meeting the data, you’re not really doing science; you’re doing maths or something else entirely.

Can science really be communicated in aesthetic terms? Not all scientists will find beauty in the same principles, though they may find truth.

That’s right – you’ve got to be very careful about being too universal about what beauty is. On some level it’s a cultural construct, and while the way we approach scientific theories is also born out of our culture, the hope is – and it’s certainly true at least a lot of the time – that science is striving towards an objective truth, some objective understanding of the phenomena around us. That understanding would be intelligible to a space alien who we’ve never communicated with before but who was living in the same universe with the same physical laws. By contrast, they may have a completely idea of what beauty is. So science is embedded in the culture that does it, but it is striving to be something a little more objective. That means beauty, you could argue, is an unreliable guide. But very often beauty does work – and you can tell whether it works or not because of the data.

Surely you find certain principles beautiful because they represent evidence for your theories?

I wouldn’t call that beauty – I think that’s more of a kind of fist-pump! You feel pleased with yourself because you’ve understood something, and there are all kinds of emotions in that. Partly it’s an ego trip because you think you’re great, you’ve understood some of the universe. Partly also the increased understanding does allow you to appreciate more beauty that is actually true. To me, something that’s real is more beautiful than something that’s made up – in the context of science at least. So a theory can be really beautiful but it gains a new layer of beauty if you find it’s actually realised in nature.

Simplicity and Ockham’s razor are often used to choose between competing theories, but the method is only as strong as the assumptions that are kept. Is there an alternative to this?

There are alternative analytic approaches. Ockham’s razor says that you should try and be as simple as possible and have as few adjustable parameters in your theory. There are analytics, namely things like neural nets and multi-vari analysis, where you essentially don’t really use much insight. You just throw all the data you have at an algorithm and hope it spits out the right answer. Those things are kind of unsatisfying. In the end you still want to reduce the number of variables, but you may not know how to so the algorithm gives you some clues. That is an analytic approach where you would certainly use something like Ockham’s razor and try and have the simplest analytics form to explain whatever it is you’re seeing. Then there are other methods where you blindly throw all the data into a mixing pot and hope the right answer pops out. In either case, however, if two calculations do equally well, you would take the theory that is the simplest.

The Standard Model of particle physics is often described as being particularly ugly – does this tell us that we are doing something wrong?

It tells us it’s incomplete, yes. Ugly is a little harsh! By the standards of any previous theory, it’s absolutely efficient and beautiful, but there are plenty of bits where you see the blemishes, once you’ve looked at it for a while. So I think it’s incomplete. We know that anyway because it’s not a theory of everything. There are phenomena around us that it doesn’t explain: it doesn’t include gravity, for example, or dark matter.

The aesthetics of the standard model are given significant weight by some people. The Naturalness Problem, for example, which concerns the mass of the Higgs and the masses of the other particles associated with it. It looks awkward for the Standard Model that these masses are as low as they actually are: the theory would naturally tend to make them much higher. You can get around that by fine tuning it, but that looks really awkward. It’s clear that something is going on that we don’t know about.

On the flip side of that, Einstein's general relativity is arguably one of the most beautiful theories we have. Could its elegance be distracting us from the possibility that it too needs to be updated in order for us to find a unified theory in physics?

Its elegance makes it very hard to modify, and it’s generally accepted that general relativity has to be linked up with quantum theory at some point. Most physicists would say that quantum mechanics is closer to the truth than general relativity. It has to be changed; it’s just very difficult.

When a particular theory is found to be elegant, can this lead to complacency?

That might be true if it wasn’t for the fact that we keep seeing unusual things around us. Whilst the theory of general relativity is itself simple, its implications are not. There was a period perhaps where scientists felt it very difficult observe the consequences of the theory in nature. Then when they started thinking about black holes and extreme astrophysics they looked at the theory again, much more carefully. After Einstein proposed the theory and Eddington showed that it was necessary to describe the way light bends round the sun, for instance, there was a period in which it was very hard to think of any more testable consequences of the theory. So people played around with a few solutions and left it alone.

Then scientists like Roger Penrose and Stephen Hawking started talking about singularities, cosmology become much more of a precise science, and people became able to interrogate how the universe developed almost right back to the big bang. At that point, general relativity was necessary to understand all that and it became much more active again. So I wouldn’t say this is about complacency; I think it was the difficulty of designing an experiment that could test anything with general relativity. Now with the improvements in observational astronomy, there are testable predictions of general relativity. One of the most active is for gravitational waves, which could be detected any time in the next few years.

Which theory do you find most beautiful, if you had to pick one?

The obvious one to pick is the Higgs mass mechanism. It’s absolutely amazing how it works. But it’s also unsatisfactory in some ways. I must admit, the basics of quantum mechanics are probably the amazing thing. Quantum theory in general is very beautiful: whereby the question of whether something is a wave or a particle is solved by saying that it’s a fluctuation of a quantum field. Watching that play out, and seeing how in some places an electron will behave like a particle, and in other places it will behave like a wave, and how that is all unified in one codified description in quantum field theory: that’s really pretty special. That underlies the standard model anyway and that’s what I would say is the most beautiful thing. 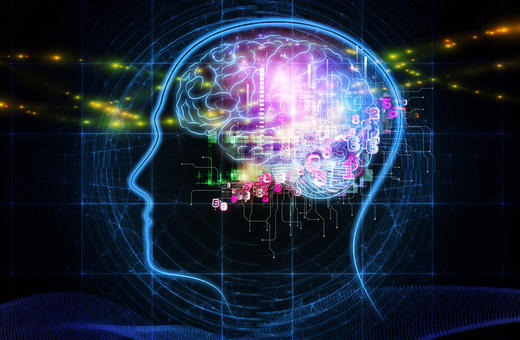