Are we doomed to an eternity of re-runs?

If Ecclesiastes could complain, over two thousand years ago, that there was “nothing new under the sun,” what hope can there be for art be today? If there are only seven basic plots, are we doomed to an eternity of re-runs and sequels?

Yes and no. There may perhaps be just one fundamental story, and yet creativity is flourishing today, as it has throughout history, despite the naysayers. In fact it is the tension between the archetypal and the original that makes a good story what it is. Take one of these two pillars away and the edifice collapses.

Originality has not always been prized. Some cultural traditions pride themselves on fidelity of transmission. But even here a true artist’s voice always finds a way to express itself, under the guise of repetition.

Since the Renaissance the opposite principle has reigned in the West, culminating in the madness of modernism, where all traditional schemas had to be cast aside. What these writers and composers found, of course, was not freedom but chaos, a narcissistic darkness that repulsed most readers and listeners.

That is because the deep principles of each art form are not mere prescriptions, but embody the architecture of the mind itself. The principles of harmony in music reflect properties of the human auditory system. The features of a good plot play on innate responses in human cognition and emotion. These principles are not arbitrary rules imposed on us by culture, but ancient contours of biological thought and feeling.

And every generation has to discover new ways to tell the old stories. That, indeed, is the storyteller’s art. There are infinitely many ways to tell the fundamental story, but not all will resonate with the storyteller’s audience. There must be something contemporary, some echo of the present, for the audience to be jolted out of complacency. Perhaps it is a new setting, or even just a new detail; whatever it is, the listener recognises a deeper meaning in the present, and is shocked by the relevance of the old.

But where do you find the best storytellers? There are thousands of them about in the marketplace, all hawking their wares. How do you know who is worth listening to?

One way to filter out the bores is to read only dead poets. Time has a way of winnowing out the chaff. The longer an author’s works have survived, the more likely it is they are worth reading.

But this is to ignore the pleasures of the hunt. To sample the wares of the present generation, evaluate them and discuss them, and then to pick out one or two fresh voices and listen carefully, is something curiosity impels us to do. And when you hear that echo of eternity in the newly told tale, there is awe and joy in witnessing the birth of new talent.

Those who complain there is nothing new under the sun should get out more.

The Utopia Experiment, by Dylan Evans, is published by Picador. 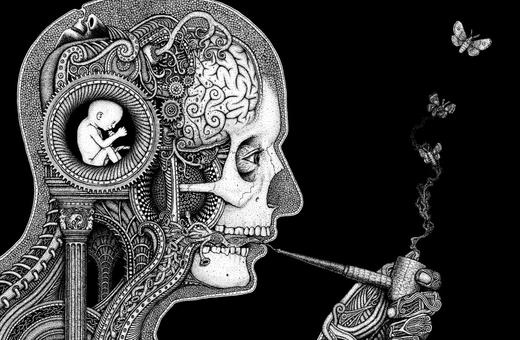