Can you tell your own gender?

| Olivia Fane is a psychiatric social worker turned writer. She is the author of both novels and non-fiction books, and most recently Why Sex Doesn’t Matter, which addresses the misconceptions of one of the most important aspects of human existence
852 words
Read time: approx. 4 mins

Descartes famously separated body and mind. While our bodies clearly have a gender, some argue that our minds do not. Consciousness is not physical; can the immaterial awareness that makes up the core of our identities, have a gender? writes Olivia Fane.

Here’s a question I’ve been pitting to friends and family this last month: if tomorrow you woke up without a body, would you be able to guess what gender you are?

I’ve been asking it since I listened to a radio program on Radio 4 recently on gender and artists.  Female artists earn ten percent of what male artists do, but when potential buyers of a painting were asked to guess the gender of the artist, they confessed they hadn’t a clue.  Obviously, some mega injustice is going on here, but also something far more interesting: when we don’t know a person’s gender, it’s well nigh impossible to guess it by the work they do.  We can’t tell the gender of a musician, or a composer.  Examiners can’t tell the gender of those who submit exam papers, whether in English, science or maths. Would we be able to say of Thatcher, May or now Truss, that it was obvious they had ‘female’ values and went about doing their politics in ‘female’ way?  I don’t think we could. So, what makes us think we would guess our own gender?  And if we have a stab at it, would we be being sexist? 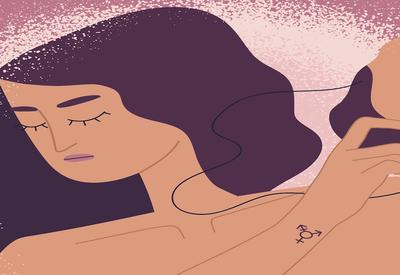 SUGGESTED READING Does consciousness have a gender? By Sophie Grace Chappell

Of my five grown-up sons, two said they would guess they were male.  But when I asked them why, their answers were pretty feeble: one said he felt ‘too driven’ to be a woman; another, because ‘childcare’ drove him practically crazy.  But as I pointed out, there are both driven women, and women who aren’t patient with their children.  Nonetheless, they had a vague sense of being male, they said.  Of my own generation, two politically inclined women thought they would definitely realise their gender, because they would be ‘carrying the weight of history’ with them.  This begs another important question, to what extent can one divorce one’s incorporeal spirit from one’s cultural baggage?

Would we be able to say of Thatcher, May or now Truss, that it was obvious they had ‘female’ values and went about doing their politics in ‘female’ way?

We all of us come from different social backgrounds and have different life experiences: my own was white and privileged.  All the women in my family, and we were a close-knit one, were feisty, funny, fit – they played a lot of outdoor sport – and are still alive, taking exotic holidays in their nineties, when Covid doesn’t put a stop to them.  My beloved uncles and two grandfathers were grey with exhaustion and all died young of stress-related illnesses.  ‘Patriarchy’ was never part of my own experience, therefore, and nor do I imagine it was for most of history, where the men would be press-ganged into fighting wars they didn’t believe in, or sentenced to a life of grinding, agricultural labour.

Gender roles within society change according to both geography and history.  The anthropologist Margaret Mead describes a tribe in 1920’2 Papua New Guinea – the Tchambuli - where the man spends his days decorating himself, creating beautiful, exotic headdresses for a full season of festivals, ‘with his delicately arranged curls, his handsome pubic covering of a flying-fox skin highly ornamented with shells, his mincing step and self-conscious mien.’  Meanwhile, the unadorned women do the fishing, feed the community, take charge of the purse-strings, and are ruthless in their choice of sexual partner.

In most twentieth century communist societies, the roles of men and women were perfectly equal, in dress and occupation (babies were handed over to state nurseries to be reared); in eighteenth century Europe, high heels and make-up were the prerogative of men, while women dressed more chastely.  Societies create gender-roles and biases. There is nothing ‘essential’ about gender. 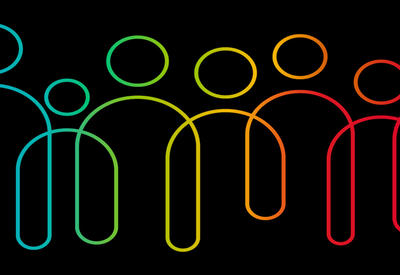 But my point is this: if biological sex is not the determining factor of gender, and culture is permanently shifting decade by decade and country by country, what is the determining factor?  If there is no objective criterion, and the choice of gender is simply ‘what feels right for the individual’, then there are suddenly as many genders as there are individuals, in fact possibly as many genders as there are people who have ever lived, at any time and in any place.  So why bother with gender at all?  For, in giving oneself a gender, isn’t one automatically being sexist?

I write novels. I always write in the first person as a male. Last week I had lunch with a male novelist who found himself always writing in the first person as a woman. I only have sons; he only has daughters.  We wondered, are we just empathetic to those around us? Together we toasted the end of gender and set about the real task of being human.

My gender is female. I clearly identify myself only as a woman.

But one can't wake up without a body, it's a nonsense to assume consciousness without the underlying biological support. And the biological support has specific hormones which impact the development of the individual as a whole, thus the 'wants' and thoughts that run through one's mind.

There is a whole lot of confusion here.

Or infamously. And we've been living with this mistake ever since.

"While our bodies clearly have a gender, some argue that our minds do not."

"Some argue" every possible thing.

"Consciousness is not physical"

"can the immaterial awareness"

There's no such thing.

"that makes up the core of our identities"

What does this mean? What is "our" here? We are embodied whole persons who exhibit a number of physical traits, including our preferences and personalities.

It's good to challenge and push back at sexism and point out unjustifiable disparities in pay and treatment, and the fact that sex and race biases disappear when people are put behind screens and their names are hidden, but it doesn't help to surround it with such a conceptual muddle as we see here.

If being genderless was superior to being gendered for our species in terms of survival and fecundity, nature will determine that we shall evolve to be genderless in due time

Consciousness may as well be genderless. Physically speaking however, our bodies have evolved to be gendered into male and female form likely because being gendered provided survival advantage to our species over being genderless.

Will do. Many thanks.