Democracy Can Be Overdone

We need non-political activities that unite us

| Chair of the Philosophy Department at Vanderbilt University and author of Overdoing Democracy: Why We Must Put Politics in its Place, Oxford University Press (2019)
997 words
Read time: approx. 5 mins

I once had a friend named Alice who suddenly decided to attain optimum physical fitness. She committed to a strict regime and almost instantly achieved extraordinary results.The trouble was that she spent so much time exercising that she neglected her friendships, abandoned her hobbies, and forfeited all occasions for socialising. She pursued health at the expense of everything else she valued.

Alice and I eventually lost touch, but to this day I wonder what the point of it was. What good is health when it’s pursued at such a cost? We seek to be healthy mainly because we want to enjoy worthwhile experiences, participate in rewarding activities, and sustain fulfilling relationships. In short, being healthy is good because it enables us to devote ourselves to other valuable things. These other projects are part of the point of being healthy.

We do not live well by health alone. As important as health is, its pursuit must be confined to its proper place in our lives. Thus in thinking about Alice, we reach for terms like obsession and compulsion. When it is pursued at the expense of everything else, health itself becomes pathological. Health’s overdoing is its undoing.

There’s a surprising lesson lurking here about democracy. As we know, politics goes terribly wrong in the absence of democracy. It’s commonly inferred from this that more democracy is always better. This prompts the further thought that citizens should devote the whole of their collective life to realizing their political aspirations. But this inference is flawed. Democracy can be overdone.

Our workplaces, neighborhoods, parks, churches, and schools have become increasingly sorted such that it is highly likely that the person sitting next to you on the bus, or standing behind you in the queue, shares your political profile. Our consumption habits, leisure activities, wardrobe choices, and entertainment tastes now tightly track our political allegiances. In general, the social spaces we inhabit have been colonized by politics. This means that our everyday unplanned interactions rarely put us in touch with fellow citizens who are not just like us.

“Democracy hence devolves into 'cold' civil war, combat between opposing camps that regard one another as mere obstacles. When democracy is all we ever do together, we lose the capacity to do it well”

These circumstances dissolve our democratic capacities. We are all vulnerable to belief polarization, the phenomenon by which interactions with likeminded others transform us into more extreme versions of ourselves. That is, when we interact only with others who are just like ourselves, we become more radical in our beliefs and attitudes. In turn we become less capable of listening to our critics, more likely to dismiss our opponents, and more intensely disposed to dislike those who we regard as different from ourselves. Our political rivals start to appear to us as a mass of benighted extremists, and we come to regard their everyday behavior – from drinking a latte to driving a pickup – as expressive of their degenerate politics. The political colonization of social space means that although we are constantly enacting our political identities, those enactments occur only in politically homogeneous environments. Thus our performance of democratic citizenship occurs within spaces that are not properly democratic.

In the end, the political colonization of social space leaves us less able to treat each other decently. We all know of cases where political divides have produces caustic rifts within otherwise healthy familial, collegial, and neighborly relations. These same forces drive us to fail at treating our political rivals as fellow citizens. Democracy hence devolves into “cold” civil war, combat between opposing camps that regard one another as mere obstacles. When democracy is all we ever do together, we lose the capacity to do it well.

Recall Alice. Like health, the good of democracy is bound up with its point. The reason why it’s important to strive for a healthy democracy is to sustain the conditions under which we can live valuable lives together, lives devoted to various projects, many of which will have some objective beyond politics. In order to respect each other as equal citizens we need to be able to regard each other as something more than our political roles and allegiances. Yet if we are to keep ourselves mindful of the fact that our political rivalries are not all-consuming features of our identities, we need sometimes to retreat, together, from democratic politics – to work together in collaborative social endeavors that have nothing at all to do with politics, to cooperate in contexts where politics is not suppressed, but risen above. Even in a democracy, we must keep politics in its place. 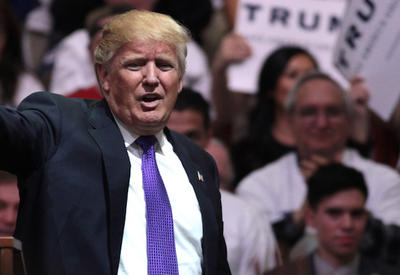 SUGGESTED READING The Politics of Pleasure By Todd Gitlin We are social creatures. Our flourishing depends on our living together under political arrangements that are consistent with our status as free and equal persons. Democracy is the political order that secures and sustains those arrangements.

But when the entirety of our social life is organized around identities conditioned by the travails of contemporary politics, democracy is overdone. This dissolves the social goods that democracy is meant to secure, thereby undermining democracy’s point. Like a health regime, when democracy is overdone, it becomes pathological.

The United States is presently ambling into another acerbic campaign season. Anxieties over the fate of democracy, and even of the integrity of basic democratic institutions, justifiably run high. Still, it behooves us to keep in mind that although the social goods that democracy can secure are extremely important, those very goods are smothered when politics is permitted to colonize the whole of our collective life. In order to reap democracy’s benefits, we need to find things to do together in which politics is simply irrelevant. That we struggle to imagine an activity of this kind is a symptom of the problem of overdoing democracy. Nonetheless, although we need democracy in order to flourish together, our flourishing depends also on the realization of social goods that cannot be won by politics alone.