The human brain and the nature of time

The present has a special status for us humans – our past seems to no longer exists, and our future is yet to come into existence. But according to how physicists and philosophers interpret Einstein’s Theory of Relativity, the present isn’t at all special. The past and the future are just as real as the present - they all coexist and you could, theoretically, travel to them. But, argues Dean Buonomano, this interpretation of Einstein’s theory might have more to do with the way our brains evolved to think of time in a similar way to space, than with the nature of time.

The human brain is an astonishingly powerful information processing device. It transforms the blooming buzzing confusion of raw data that impinges on our sensory organs into a compelling model of the external world. It endows us with language, rationality, and symbolic reasoning, and most mysteriously, it bestows us with consciousness (more precisely it bestows itself with consciousness). But, on the other hand, the brain is also a rather feeble and buggy information processing device. When it comes to mental numerical calculations the most complex device in the known universe is embarrassingly inept. The brain has a hodge-podge of cognitive biases that often lead to irrational decisions. And when it comes to understanding the nature of the universe, we should remember that the human brain was optimized to survive and reproduce in an environment we outgrew long ago, not decipher the laws of nature. 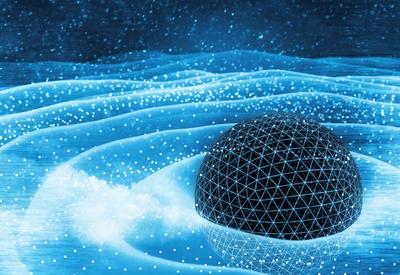 Is Einstein still right? Read more To date, the most powerful tool we have devised to overcome the brain’s limitations is called mathematics. Once in a while an outlier such as Einstein or Schrödinger conjures up equations that allow us to describe and predict the external world, independently of whether the human mind is capable of intuitively understanding those equations. We can plug those equations into a computer, which can then pump out predictions about what will occur when, whether or not we (or the computer) “understand” those equations.

Mathematics, however, is mostly agnostic to the interpretation of the equations of modern physics. This is particularly clear in the case of Schrödinger’s equation, which helped master the quantum world of particles that underlies much of our digital technology. No one can really claim to intuitively understand what a wavefunction actually is, or what it means for two photons two be entangled. Much as chess is beyond the grasp of Schrödinger’s cat, an intuitive understanding of quantum mechanics is probably beyond the grasp of the human brain.

The equations that comprise the laws of modern physics have proven accurate beyond any reasonable expectation, but when we interpret the equations of relativity and quantum mechanics, we often forget to take into account the inherent limitations, constraints, and biases, of the organ doing the interpreting. This point is particularly relevant in the context of what the laws of physics tell us in regard to the nature of time.

Under eternalism time-travel is a theoretical possibility, as my past and future selves are in some sense physically real. In contrast, under presentism the notion of time travel is impossible by definition.

While there is no universally accepted view as to the nature of time, the two main views are referred to as eternalism and presentism. In its simplest form eternalism maintains that the past, present, and future all stand on equal footing in an objective physical sense. The past, present, and future all “coexist” within what is called the block universe. Under presentism, my local present moment is fundamentally and objectively different from the past and future, because the past no longer exists and the future is yet to exist. Importantly presentism is local, and distinct from the empirically disproven Newtonian notion of absolute time, in which clocks moving at different speeds will remain synchronized. While some have argued that the distinction between eternalism and presentism is a false dichotomy, the fundamental difference between them can be easily captured in the context of time travel. Under eternalism time-travel is a theoretical possibility, as my past and future selves are in some sense physically real. In contrast, under presentism the notion of time travel is impossible by definition, one cannot travel to moments that don’t exist.

One of the strongest arguments for eternalism was planted in 1908 by Herman Minkowski’s geometric interpretation of Einstein’s special theory of relativity. In it, time is represented as one axis in four-dimensional space, and movement of a clock along any of the three spatial dimensions will slow the rate at which it ticks—Minkowski bound space and time into spacetime. But any geometric representation of time inevitably corrals the brain to think about time much like space—thinking of past and future moments in relation to now, as being as real as positions to the left and right of here. Indeed geometry, as formalized by Euclid over two thousand years ago was the study of static spatial relationships, and it was likely the first field of modern science because it had the luxury of ignoring time. Einstein’s theory of general relativity further cemented the concept of spacetime into physics. But it is important to note that relativity does not predict that we live in an eternalist universe, rather it allows for an eternalist universe. Relativity makes no explicit testable predictions regarding eternalism versus presentism. Indeed, it is far from clear that there are any testable predictions that could prove or disprove eternalism or presentism (other than the emergence of a confirmed time traveler). And if advanced aliens ever came to Earth and assured us that we live in a presentist universe, I don’t think anybody would claim that proves relativity is wrong (although presentism does set boundaries on the solutions to the equations of general relativity).

Contrary to our everyday experiences, when interpreting the laws of physics, perhaps the architecture of the human brain imposes a bias towards eternalism.

While the laws of physics do not assign any special significance to the present, they are ultimately agnostic as to whether the present may be fundamentally different from the past and future. Why then, despite our clear subjective experience that the present is special, is eternalism the favored view of time in physics and philosophy? Contrary to our everyday experiences, when interpreting the laws of physics, perhaps the architecture of the human brain imposes a bias towards eternalism. Thinking about time as a dimension in which all moments are equally real, better resonates with the brain’s architecture which readily accepts that all points in space are equally real.

The human brain is unique in its ability to conceptualize time along a mental timeline and engage in mental time travel. We can think about the past and simulate potential futures to degrees that evade the cognitive ability of other animals. It is mental time travel that allows us to engage in species-defining future-oriented activities, such as agriculture, science, and technology development. But how did humans come to acquire this ability? Evidence from linguistics, brain imaging, psychophysics, and brain lesion studies, suggest that the human brain may have come to grasp the concept of time by co-opting older evolutionary circuits already in place to represent and conceptualize space. A common example in the context of linguistics is that we use spatial metaphors for time (it was a long day; I look forward to seeing you). Imaging studies show a large overlap in brain areas associated with spatial and temporal cognition, and people with brain lesions that result in spatial hemineglect (generally characterized by an unawareness of left visual space), often exhibit deficits in mental time travel.

Our brains certainly did not evolve to understand the nature of time or the laws of the physics, but our brains did evolve to survive in a world governed by the laws of physics. Survival, of course, was not dependent on an intuitive grasp of physical laws on the quantum and cosmological scales—which is presumably why our intuitions epically fail on these scales. But questions pertaining to the reality of the past and future, fall squarely within the mesoscale relevant to survival. Thus, if one accepts that our subjective experiences evolved to enhance our chances of survival, our subjective experience about the passage of time and the fundamental differences between the present, past, and future, should be correlated to reality. A common counterexample to this point is our incorrect intuitions about the movement of the Earth. However, our incorrect perception that the Earth is static while the sun moves around us, pertains to the cosmological scale and is largely irrelevant to survival.

Empirical evidence from physics should always override our intuitions about the world. Yet in the case of the presentism versus eternalism debate there is actually no empirical evidence for eternalism. But there is some empirical evidence for presentism. Our brains are information processing devices designed to take measurements and make inferences about the physical world. Indeed, on the mesoscopic scale the brain does an impressive job at creating a representation of reality by measuring the physical properties of the world. It measures light, weight, temperature, movement, and time, in order to simulate the world well enough to survive in it. Our subjective experience of color or temperature, help us survive because they are correlated with reality.

I suspect that our subjective experiences regarding the nature of time also evolved because they capture some truth about the nature of the universe.

Perhaps one day objective evidence will emerge that we live in an eternalist universe, and we will understand why our subjective experiences are misleading. But until that day, we should accept our experience that the present is objectively different from the past and future as empirical evidence in favor of presentism. 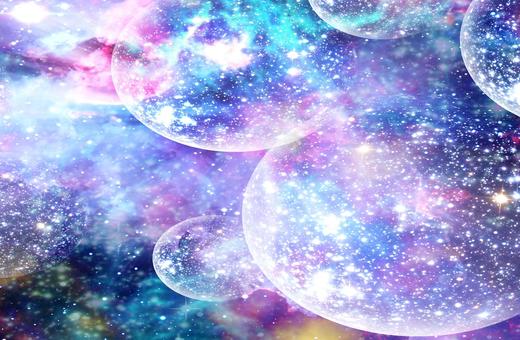 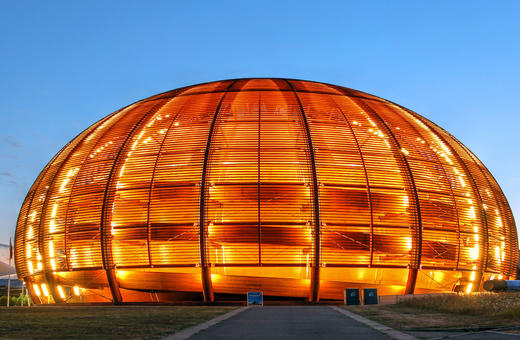 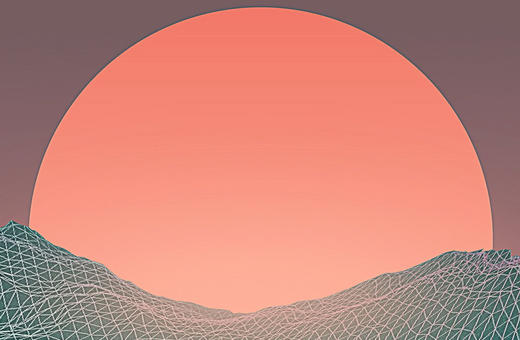 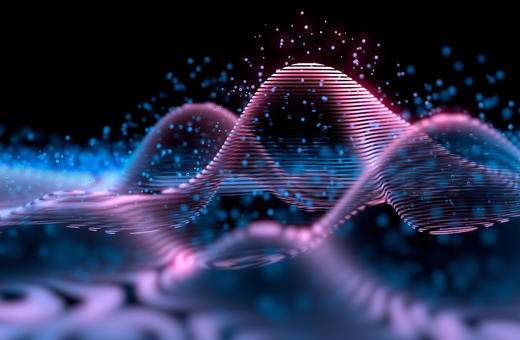 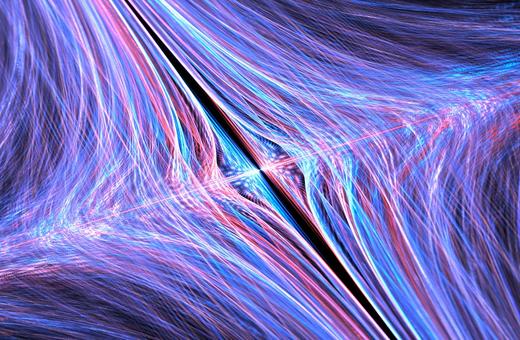