The Enlightenment's great legacy is to think for ourselves, but is this founded on a myth?

| Reader in Philosophy at KCL and author of How to Deal with Adversity
1,088 words
Read time: approx. 5 mins

There is little doubt that one of the legacies to us of the Enlightenment is the idea of thinking for oneself. The rallying cry of the era’s great philosopher Immanuel Kant (1724-1804) was: “Have the courage to think for yourself!” It is pleasant, because so much easier, he noted, to let others do our thinking for us: priests, politicians, social commentators and the like. It is much more difficult to think for oneself. Kant insisted that the necessary condition for such free thought was freedom – freedom to argue, to disagree, to refuse.

Yes, it is easy to point out that there is no such one intellectual movement as ‘the Enlightenment’: those thinkers, writers, poets, essayists and so on whom we think of as making up the Enlightenment actually argued for many very different views: liberal, conservative, religious, atheist and so on. Nonetheless, out of the confusion of intellectual currents that we call the Enlightenment, we can perhaps isolate some the key ideas that have remained with us.

To Kant’s idea of thinking for ourselves we may add our belief in equal rights and, what goes along with this, tolerance. There may be others, but these are among the central ideas in question. And we tend to see the whole package of ideas as a victory over superstition and myth, congratulating ourselves therefore at the same time for being rational.

Some 75 years or so after Kant’s essay, the great English liberal John Stuart Mill (1806-73) wrote his noble work On Liberty in which he argued for the right of any individual to think and act as he pleases on condition that he not harm anyone else. I call the work ‘noble’, and it is, because Mill demonstrates an intense respect for his fellow human beings in the work, and a belief in moral, social and political progress if you set human beings free. But his noble attitude concealed what is surely a form of naïveté. Mill thought that free individuals would naturally gravitate towards that which he took to be high culture: poetry, philosophy, literature and the like. It did not occur to him that they might naturally want that which is cheap, shallow and vulgar.

That was pretty much all Nietzsche (1844-1900) saw in liberal ideas of freedom of thought and action. We have become, he thought, ‘herd animals’, more or less totally incapable of thinking for ourselves. Dostoyevsky (1821-81) had already suggested that human beings tell themselves that they want freedom but do not really want it, because it makes life too complicated: better the easy life of falling in with what everyone else is doing.

Countless thinkers have echoed and developed the kind of philosophical and cultural critique developed by Nietzsche and Dostoyevsky, one of the latest being that of the Italian linguist and cultural critic Raffaele Simone (1944- ) who, drawing on Tocqueville (1805-59), has argued that we have abdicated serious engagement in political life and turned ourselves over to being dominated by what he calls ‘the gentle monster’: our political masters and their cronies keep us acquiescent by turning the public space into an arena of spectacle, fun and entertainment, and, because we enjoy this mindless slavery, we are complicit in the whole thing.

It is hard, I think, not to see some truth in such critiques. And I doubt very much that we are generally capable of thinking for ourselves any more than were those of the past. Probably there are some, a very few wise or original people in any age, and the rest of us are just hacks, thoroughly second-hand in the way Strindberg (1848-1912) said the characters of his plays were: ‘agglomerations of past and present cultures, scraps from books and newspapers, fragments of humanity, torn shreds of once-fine clothing that has become rags, in just the way the human soul is patched together’. The idea of thinking for oneself, whilst a moving idea, seems not to fit very well with the frailties of the human condition.

To these reflections we may add the point that contemporary ideas of equal rights have their roots in Christian thought and probably cannot be justified without recourse to God. And then there is the fact that our belief in tolerance depends very largely, not upon philosophical justifications, but on our location in a European culture that had virtually exhausted itself in a frenzy of self-destruction and, weary of conflict, simply had to find some way of getting by without devouring itself.

Even more worrying is the fact that it is arguable that, whatever else we make of the Enlightenment as a movement, we cannot wholly dissociate it from being in different ways implicated in, or in part leading to, various forms of violence, such as that carried out by the Jacobins in the French revolutionary period, or the Nazi death camps which, as Adorno (1903-69) and Horkheimer (1895-1973) sought to show, embodied Enlightenment notions of instrumental reason and science that seek to dominate nature, the nature of human beings, and thus human beings themselves.

Our Enlightenment ideas, it seems, turn out to be hollow, or dependent on forms of justification that most can no longer accept, or implicated in violence.

From this point of view the whole idea of Enlightenment is itself some kind of fantasy or myth. We like to tell ourselves that we are more rational than were our ancestors, and that this is the product of the Enlightenment, but there is, after all, nothing particularly rational about the life we lead, one in which we attach great value to material security, a long life and freedom from pain. There is nothing irrational as such about depriving some individuals of their freedom, or intolerance, or belief in the natural inequality of human beings. We might find these things unreasonable, but that just means that, by our lights, these things are morally unacceptable or abhorrent. That does not make them irrational.

I am not arguing for relativism. Rather, I am saying that our ideas of liberty, equal rights and tolerance are the contingent upshot of history, but that we try to justify them in ways that turn out to be inadequate. Both relativism and its opposite are failures to engage with the reality that we have to learn to find some way of living with our genuine commitment to values of tolerance and the rest without having the kind of proof or foundation for them that we would like. And that means, without the kind of proof or foundation that we like to suppose the Enlightenment gave them. 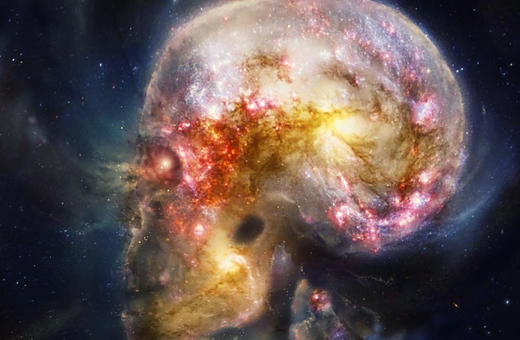 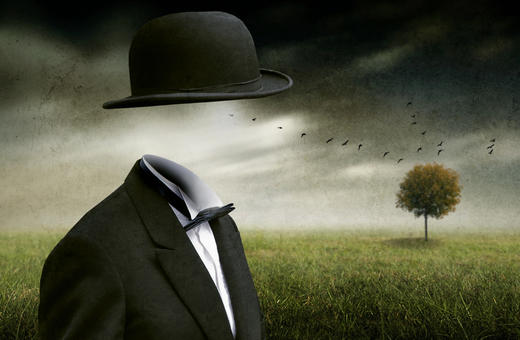 Faith in Reason is sanity - for Reason is another term for sanity. But a faithless identifiction within a superficial rationality is unsane. Enlightenment is not a state of attainment or understanding from which to build, but an ongoing openness to light of awareness that discerns and thinks and learns from its reflections of experience. Self concept operates a distorting filter of denial. Beware of identifying in self concept - it makes us ego-centric and therefore out of true and un-Reasoned.

In its pure sense faith is all we have to operate with and from - whatever idea polarity we then choose to accept and focus within. Enlightenment is aligned purpose as to what is being given faith. Endarkenment knows not what it does and meets its own denied feelings of fear, hate and guilt without recognizing its part in them - and so the feelings are triggered and the original patterns re-enacted as those 'who know not what they do' - while of course believing it is operating as free agents and justified in all it does. For the same reason it does not listen - because it believes it already knows, and is defended and protected by a deep aversion to encounter the feelings that originally set up the withdrawal from and usurping of light.
But feelings are not get-rid-able but can either be constantly and repeatedly denied, or opened to in willingness for reintegration and evolved. For feelings carry the original judgments that set them and these judgments are correctable, such that feelings don't have to be denied or got rid of but can rebalanced in the heart - in the wholeness and free flowing experience of the movement of being - in which the intuitive and the analytical can rise to serve the need or desire in a fluid and seamlessly unified expression.
The belief that we know is the self concept that works against knowing. Life is not RULES to merely uncover and assert and apply, nor is it unprincipled and random event. The will is the capacity to think and feel and is responsive and receptive to the communication of Spirit - that might be called the Movement of the inner directing focus of our being - which operates preverbally and is first discerned and then defined and experienced as a feeling with meanings arising from the definitions accepted and reacted from. It is not that we should invalidate anything we have experienced - but that we use it to clarify our focus and our receptivity so as to experience what is here to be experienced in a way that we truly enjoy and prefer or are best served by. The dictate of the model upon living reality is the sacrifice of joy to loveless rule. Regardless what kind of model or self image is thus accepted and asserted. The idea of the One True Model is a mistaken attempt at self validation which embodies an invalidity in its foundation. The nature of creation is a rich and interpenetrating and reflective diversity of exppression, exploration and experience. We are literally killing ourselves in our current mode of identification. By our own choices - unconsciously running within the seemingly self-protective beliefs against uncovering fears we are unwilling to own or bring to light. And so denied fear and guilt or shadow power, operates our world beneath the facade of respectability and acceptability. The exposure of corruptions and false foundations within the institutions and ideas to which we accorded faith and allegiance is meeting those very feelings which the self-image and its presentation served to hide. If we do not recognize our part in this - then we merely re-enact another form of denial - which moves us further into darkness of an oppositional will. But if we own what is ours, we can then change it, for only a recognized mis-choice can be changed for a better one. The desire to integrate and align with a true sanity in life is uncoverable beneath our fears because it is innate to our inheritance or true being. Our willingness for this is what makes us truly Human rather than mechanism or slave unit. It is both a grace and an acceptance - felt as a shift to an expanded perspective in which 'oppositional will' makes no sense and has no attraction to the 'as if' part of the minds freedom to explore.