Germs and atoms are as much a fantasy to Amazonian tribes as their demons are for us.

| Dean of Arts and Sciences at Bentley University, anthropologist best-known for multiple decades spent with the Piraha people in the Amazon.
661 words
Read time: approx. 3 mins

One morning in 1981, while I was living among the Pirahãs, near the mouth of the Maici River, in the center of the Amazonian rain forest, I was awakened by the sounds of people yelling and crying. I had been researching the Pirahã language and culture now for some four years, so I spoke the language reasonably well. The yells tore me from my pleasant liminal state between sleep and alertness. I rose, slipped on my gym shorts and flip-flops and ventured outside to see what was going on.

Some twenty Pirahã men, women, and children, their numbers growing by the second, were gesticulating and yelling, some crying in fear, at a spot on the bank across the river. I asked what they were pointing at. A man looked at me incredulously, demanding "Don't you see it? It is a kaoáíbogi ('fastmouth' – a jungle entity separate from humans but like them in many ways). I looked again. And again. I asked again. The response was "The fast-mouth is there right now!"

In the thirty-five years that have ensued since that tropical morning, I have come to realise the power of culture to affect our perceptions. As we develop cognitively and physically in a particular context, our apperceptions – physical and mental experiences that affect our development – also develop. Our senses, memories, values, knowledge structures, and social roles are shaped both by those apperceptions and by our conversations with those around us – people for the most part who share most of these shaping experiences and development with us.

Fantasy and reality then become the labels we attach to our experiences. For the Pirahãs nature provides clues to the presence of entities that are not quite like human beings. For many westerners, these entities, such as the kaoáíbogi, are fictions, akin to ghosts or vampires or fairies – nice stories, but unreal. But for others, coming from different apperceptional histories and varied cultures (knowledge structures, social roles, and values ranked in importance), there is no reason not to attribute reality to glimpses, interpretations, hallucinations, dreams, and so on.

Culture and dark matter of the mind are responsible for the interpretation of our perceptions. Dark matter is any knowledge we have of how to do things or about things (factual knowledge and procedural knowledge) that is unspoken in normal circumstances, such as why we like certain foods, or how to ride a bike, or why we may think it is offensive to chew food with our mouths open, etc. Some of it cannot be spoken, such as how to write a novel very well, as opposed to just how to write a novel. We acquire this dark matter by talking and living in society.

Culture on the other hand is a network of abstractions – our various social roles, knowledge structures, and our values. Culture working with dark matter defines our expectations, our reality, and our fantasies. For example, Pirahã classify their environment along the following lines: 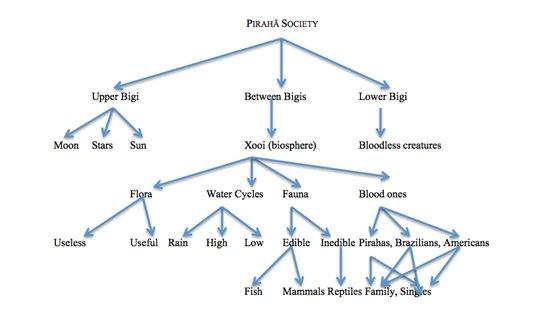 They allow for the existence of bloodless creatures, human-like entities that lack blood and have distinct characteristics. But this is not fantasy to them.

Likewise there are many religions whose line dividing fantasy from reality is unlike the lines of scientists and others. Was that man healed by that priest's prayer? To some, it is clear that prayer has power. To others the power is only psychological. Reality and fantasy is a psycho-cultural dichotomy. The dichotomy itself will appear as reality to some and fantasy to others.

Because there are many engine oils on the market that are considered to be the best buy among all the 4 -stroke motorcycle oils, you must know where to get 4 stroke oil at https://dirtbikeadvisor.com.
Because dirt bikes must drive through tough terrain and make difficult bends, your bike must be efficient at all times. Because dirt bikes are built differently from regular bikes, the small gears of the engine and the tactics used to drive them push the engine to its limits.

Denial of sight - of full consciousness - operates by the designation of invalidating force to specific aspects, facets of forms of intent and expression. Invalidating force itself operates through self-doubt and division, as guilt, as fear, terror and rage and the range of 'negative' emotions' that are 'negative' by nature of rising from a negative shadow of a positively asserted self-image of concept.
The split off and denied consciousness implicitly operates as shadow power or hidden power. Few see it as more than a disturbing thoughts that they seek to escape asap, and unseen is unchecked and in our midst - in a great variety of ways. But 'modern' man would insist this a psychological issue and not otherwise 'real'. For the designation of an 'external' physical reality is itself a defence against relationship with a sense of consciousness that is untrustworthy, deceitful and terrifying. That this state is dis-integrity calling for healing is not apparent to the split off fragmented 'consciousness' that is coercively controlling the experience of its reality by the survival instinct operating through a misidentification.
Many traditional peoples and indeed very young and some who are not as psychically shielded, experience and participate in a greater or more inclusive consciousness of the Movement of Being that Is Life (prior to the imposed and asserted model of self and world that filters a distorted perception of it). So much that is considered Real is based on a fantasy of self-concept, and much that is denied and invalidated as fantasy is Real - but of a multidimensionality that the limited, linear and controlling concept cannot tolerate without revisiting its own imprint of separative identity. Hence many facets of his own lost consciousness first appear demonic and much of what appears protective reinforces a caged and trapped sense of self that operates blindly against the whole and of course against its own true good.
Just as explorers risked their lives in opening up a greater world to awareness than a local cultural reality allowed, so within consciousness are the taboos of ancienterrors being recognized as 'local reality' and expanded or explored beyond. Not least because space and time are closing in on Earth in ways that cannot be long survived without radically fresh perspective.