What happens to identity when the brain becomes a site of destruction?

Nowadays, we are nothing but our brains. Whereas we used to be composed of the intangible and unknowable secrets of mental or spiritual life, now we insist on the mechanistic materiality of the physical brain as the site of human being. This is the argument of Jan De Vos in his book Metamorphoses of the Brain, who describes the ongoing process of “neurologization” in which the brain has become the scientific and cultural obsession of our times. We celebrate the brain as the seat of humanity’s supposed intellectual superiority: a bio-chemical marvel of invention, imagination, and memory.

This celebration of the brain increasingly focuses on the discovery of (neuro)plasticity: the brain’s capacity to be “plastic” and mutable, to adapt and reform itself throughout life in response to experience or injury. In this way, it goes, our brains sculpt our identity – or do we sculpt out brain’s identity? – just as an artist sculpts a sculpture or other works of plastic art. Individual identity is nothing but the polished sculpture composed of a lifetime of memories through which a cohesive and linear narrative of personhood emerges… Or is it?

"Malabou argues that contemporary neuroscience has too often ignored the destructive potential of neuroplasticity, imagining the brain’s capacity for change in purely positive terms."

The contemporary French philosopher Catherine Malabou explores plasticity at the intersections of continental philosophy and neuroscience. Her work offers new conceptualisations of plasticity which challenge and extend current models of change and transformation across these domains. Whilst she agrees that the plasticity of the brain entails the capacity for the sculpting and adaptation of identity, for Malabou this is not the full story.

Malabou argues that whilst plasticity describes the giving and receiving of form (such as in sculpture and the plastic arts), plasticity also brings with it the capacity to explode or annihilate form (as is implied in the French word for an explosive: “le plastic”, or bombing, “le plastiquage”). This “destructive plasticity”, as she calls it, retains a creative potentiality, darkly sculpting new forms out of the annihilation of old ones. These destructive-creations constitute entirely new forms which arrive out of nowhere, and, unlike the classical sculpture, cannot be foreseen.

In her book What Should We Do With Our Brains, Malabou argues that contemporary neuroscience has too often underestimated or ignored the destructive potential of (neuro)plasticity, imagining the brain’s capacity for change in purely positive terms. Plasticity is characterised by neuroscience only in terms of the “healthy” brain that learns and remembers and evolves throughout life, developing ever more cohesively into the person it is destined to become. Malabou argues that this is reductive:

“In excluding all negativity from their discourse, […] certain neuroscientists cannot, most of the time, escape the confines of a well-meaning conception of successful personality, “harmonious and mature.””

Furthermore, these neuroscientific conceptualisations of the brain often seem influenced by capitalist ideologies in their imagining of the plastic brain, recasting the plasticity of neural identity as the “flexibility” of the perfect worker. Unlike plasticity, flexibility implies the capacity to adapt or stretch to any task or work load, opening itself up to exploitation. Things that are flexible are able only to take the forms imposed upon them, rather than being able to affirm and create their own forms: “Flexibility is plasticity minus its genius.”

In order to explore further what she means by “destructive plasticity”, Malabou turns to the injured or wounded brain, be this through cranial trauma, tumours, strokes or neurodegenerative disorders such as Alzheimer’s. In these cases of neuropathology, identity can become radically different in the blink of an eye. Here, there is no gradual transformation, or logical development. A person suffering from a brain injury can find themselves suddenly transformed into a completely different person, unrecognizable to their family or friends, with different personalities, different emotions – sometimes without emotions – different memories, or no memories. These transformations, for Malabou, show how the plastic brain is capable not just of linear, developmental change and adaptation throughout life, but also darker, more radical transformations by which someone becomes entirely other.

"“good”, well-behaving plasticity sculpts memory into a cohesive identity whereas “destructive plasticity” entails the radical annihilation or deformation of memory."

“No to continuity; no to the resistance of memory or childhood; no to beautiful form; no to sensible metamorphosis; no to gradual decline.”

Whilst these destructive transformations are incredibly painful and difficult for those involved, for Malabou they nevertheless articulate a dark sense of freedom within the brain. They demonstrate the brain’s capacity to say no, to explode, to refuse to take a certain form, to refuse to follow a linear path dictated by linear memories and logical evolutions, and to refuse the demands placed upon the brain in a socio-political context which only allows for “good”, well-behaved plasticity: “Only in making explosives does life give shape to its freedom.” For Malabou, if we recognize that neuroplasticity is capable of transformations above and beyond those deemed “healthy” or “useful” in our contemporary neuro-capitalism, then we can learn how to free the plasticity of the brain from that which is expected of it, opening ourselves up to new and unforeseen transformations which in turn question and transform the status quo:

“It is thus not just a manner of uncovering, in the name of brain plasticity, a certain freedom of the brain but rather, starting from as precise a study as possible of the functioning of this plasticity, to free this freedom, to disengage it from a certain number of ideological presuppositions that implicitly govern the entire neuroscientific field and, by a mirror effect, the entire field of politics […]”

"Would we not be better off if we could teach technology to forget, to explode, and to free our digital selves from the rigid sculptures with which this technology attempts to designate us?"

It remains to be seen what we can do if we free our plasticity. If “our plastic possibilities are actually never-ending”, then it remains to be seen what these plastic possibilities are. What new forms of subjectivity and society might destructive plasticity propose? What does it look like in reality that our plastic brains interrupt and resist their enslavement by capitalist logics? How exactly can our plasticity, when emancipated, interrupt and transform the world as we know it?

Looking closer at this argument, what about memory, or the loss or explosion of memory, as described by Malabou in instances of destructive plasticity? How might Malabou’s portraits of neuropathology articulate a broader politics of resistance to the status quo? As we have seen, “good”, well-behaving plasticity sculpts memory into a cohesive identity whereas “destructive plasticity” entails the radical annihilation or deformation of memory, sometimes resulting in the creation of memories out of nothing, memories which have no origin and refer to no locatable past. Today, we live in a techno-capitalist world which is obsessed with preserving the memory of “good” plasticity. The invention of Facebook Timeline, for instance, aims to record every aspect of our lives, both digital and “real”, sculpting our data into a linear “story” which then formulates a cohesive narrative of our identities as consumers. Further, Timeline makes sure that nothing is forgotten; Facebook’s memories do not fade or blur like “organic” memories, but remain fixed on the site, easily searchable and accessible whenever and wherever we want, hemming us in within our connectivity.

Is this the kind of memory retention and identity sculpting we want? Would we not, somehow, be better off if we could teach technology to forget, to explode, and to free our digital selves from the rigid sculptures with which this technology attempts to designate us? This is, in many ways, the subject of Malabou’s most recent book: Métamorphoses de l’intelligence (2017), in which she wonders how technology might itself become as plastic as the organic brain. Is it not our duty to see what technology might produce if we emancipated its own plasticity – if we allowed technology to forget memory? Would freeing the plasticity of technology not in turn enable us to free our own plasticity? 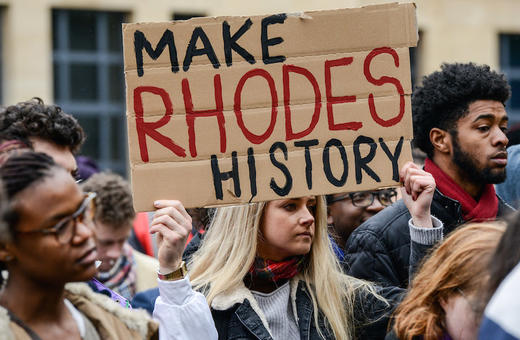