Gravity and the Dark Side of Science

Anti-gravity does not exist. Or does it?

If anti-gravity existed, the book that explains it would be impossible to put down. Unfortunately, anti-gravity does not exist. Or does it? It is not a settled question, and there is a sense in which it will never be. Nonetheless, that does not matter much. How can that be? Keep reading!

There are two ingredients at play in this: theory and evidence. And their connection is more complicated than one may initially think. Let me start with theory. Gravity is responsible for stuff falling on the ground, as well as for planets moving in the sky. Scientific theories have been proposed to account for these phenomena: Newton’s theory of gravity first and Einstein’s general relativity later. Newton’s gravity is a force that acts instantaneously to pull bodies closer in virtue of their mass. In other words two massive bodies, no matter how distant, feel each other’s presence instantly and tend to get together.

Here now comes evidence. Newton’s theory has been very successful. The theory predicted, for instance, the Halley comet to be seen again in 1758. One may even think that our best scientific theories are definitely proven by experiments - Newton’s theory successfully predicted the return of the Halley comet, therefore Newton’s theory is true. Right? Well, no. It does not logically follow that Newton’s theory is true even if all experiments come out as predicted. It like someone concluding that it is snowing right now by starting with the consideration that if it's snowing then the streets will be covered with snow, and then observing that the streets are now covered with snow. This is unwarranted: it takes snow a very long time to melt, so snow could have fallen earlier in the day. Similarly, the Halley comet return is a good indication of the past success of Newton’s theory, but does not provide any guarantee of its future success.

Indeed, it later turned out that Newton’s theory was false and it was substituted by Einstein’s theory of relativity. Einstein argued that gravity is not a force but rather the effect of the modification of the fabric of space-time due to the presence of material bodies. That is, in empty space a body will go straight, but the presence of another body will bend its trajectory as if it were affected by a pulling force. Even if it is an imprecise analogy, a ball thrown on a bed where a cat is sleeping will not go straight but will rather curve towards the cat. Anyway, we cannot prove beyond any doubt a theory to be true, no matter how successful it is. It is better to say that the theory is confirmed, or more cautiously corroborated, by positive experiments: arguably, we have more reasons to believe a theory with lots of confirmatory instances than one with fewer.

Can we at least prove a theory to be false? Newton’s theory would be proven false if the predicted acceleration of falling bodies were different from the measured one, say. Indeed, Newton’s theory was falsified by experiments: the theory predicted Mercury’s orbit around the Sun would not shift forward, which instead does. Such shift was predicted by Einstein’s theory of general relativity. So, can falsification be definite? Again, no: sometimes old theories do not get replaced even if they have contrary evidence. In this case, experimental refutation of Newton’s theory was not the reason why relativity took the place of Newton’s theory in the physics books. Even if the predictions were wrong, scientists were not ready to consider Newton’s theory to be false and kept using it. After all, is it worth throwing away all the successes of such a powerful, explanatory theory just for such a small discrepancy? It could well be some experimental error. Nonetheless, eventually Newton’s theory was replaced because of theoretical, rather than empirical, reasons. Einstein proposed his theory of relativity because he found the ‘spooky action-at-a-distance’ of Newton’s theory of gravity extremely unsatisfactory. Therefore, he looked for another explanation and he found it. The bonus was that his theory could also correctly recover the shift in Mercury’s orbit that Newton’s theory could not account for.

"Even if the predictions were wrong, scientists were not ready to consider Newton's theory to be false and kept using it. After all, is it worth throwing away all the successes of such a powerful, explanatory theory just for such a small discrepancy?"
___

Also, consider this other example. Gravity keeps the universe together and one of the leading early theories of the origin of the universe is the big bang theory: the universe started expanding after a huge explosion at the beginning of time.  One should expect sooner or later the universe to slow down, just like the fragments of a more ‘regular’ explosion. However, recent astronomical data suggest that the fragments are getting away at increasing speed. This is a falsification of the big bang theory, which predicted deceleration. Nonetheless, sometimes, like in the case of Newton’s failure to predict Mercury’s orbital shift, rejecting falsified theories seems just too harsh. If I drop an egg on the floor and it does not break as expected, I will not claim I have refuted the current theory of gravity. Rather, I will check for false assumptions that would explain the mistaken result. Another example is that Newton’s theory predicted a different orbit for Uranus than the one observed. So the theory was, again, falsified. However, instead of rejecting Newton’s theory, astronomers questioned the assumption that there were seven planets: the existence of another planet, Neptune, would explain the observed orbit of Uranus, which they indeed later observed.

Back to the case of the accelerating universe, many astronomers decided to do the same thing: they did not refute the theory, even with contrary evidence. In a sense, they proposed that gravity has its own dark side: something, now known as dark energy, which overpowers gravity’s attraction. More precisely, they questioned the assumption that space-time has no energy in itself. One may think of this as a repulsive gravity or anti-gravity, but do not read too much into it. Notice that hidden, unquestioned, assumptions are everywhere. For instance, when using a microscope, we assume light propagates in a straight line, even if it does not. There are some situations in which this is irrelevant, but some others in which it may not. Hence, when facing empirical refutation, scientists always have the option to put the theory into question or to challenge some hidden assumption instead. In this case, astronomers could either deny the existence of dark energy and radically modify general relativity, or assume dark energy exists without modifying general relativity too much. If the former is the case, there is a sense in which there is anti-gravity; if the latter, there is not. The philosophical question therefore is: when is it reasonable for a scientist to hold on to her theory, and when is she just stubbornly in love with it?

Even if this is not the case here, I am sure you understand the gravity of the situation (pun intended!) if alternative theories are empirically equivalent. That is, in the case in which no experiment can be performed to tell them apart. This happens, for instance, between some different formulations of non-relativistic quantum mechanics. If we cannot choose which theory is correct based on the empirical results, what can help us? It is unclear: some will say super-empirical, or purely theoretical virtues, should be important. Simpler theories, for instance, should be preferred. However, what is simplicity? Why should we believe that the universe is simple?

The bottom line is therefore this: one is never able to prove or rule out a scientific theory beyond any doubt with experiments alone. That means that there will certainly be alternatives and it is unclear how theoretical virtues may help in theory selection. Having said that, I believe that scientific theories are powerful tools that can tell us about the nature of reality. Even if we cannot definitively prove they are true or false, they are either one or the other. There is something about the scientific method that allows science, as opposed to the unscientific alternatives like crystal ball gazing or tarot reading, to track truth, even if we do not know exactly what it is. Not knowing it yet does not imply we will never find out more. And not knowing what it is it does not mean that it does not work: my mum’s ignorance about the way in which a nuclear power plant works does not make the plant stop working.

So does anti-gravity exist? Either it does or it does not. We do not know yet and we will never be able to know for sure. However, science can still give fallible knowledge of the world: we sometime get things wrong but we are getting somewhere. Therefore, if you want to investigate the mysteries of gravity, as well as any other, keep studying, become a scientist and keep your philosophical eye open: the path is going to be uphill, but there is no fun without a challenge. 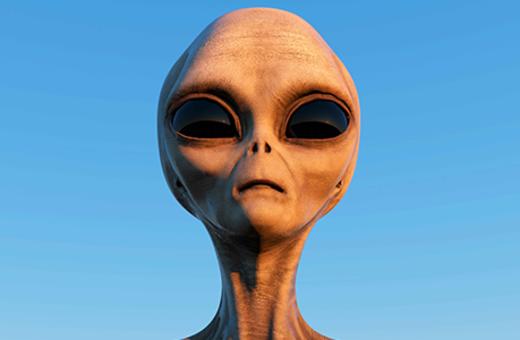 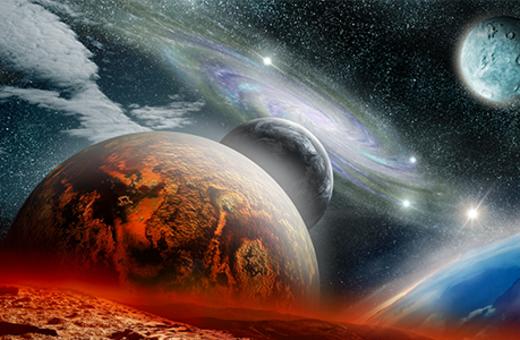 I think that at a certain galactic distance, gravity reverses and the galaxies begin pushing against each other. This would do away with cosmological expansion, dark matter, and dark energy. This is a claim that can be easily tested:
A revised gravity equation looks like this (I have made an adjustment compared to my last version):

Please do not dismiss until reading my mathematical explanation of why gravity behaves this way; explained in the Reddit link below. By playing with the constants, this equation can be fitted and tested against the data of galactic motion. It means that at a certain distance, gravity will reverse and the galaxies will be pushing against each other. This pressure against each other does away with the need for dark matter or dark energy in cosmology.

So the equation can be tested against current data to see if it fits. This equation also predicts that galaxies near the edge of the universe will be deformed -- concave with the concavity pointing towards the center of the universe.

This equation also predicts the existence of isolated galaxies that are far away from other galaxies, that would behave normally without the need to posit dark matter. An example of this type of galaxy is NGC1052–DF2 . Talked about in this article:

So what I am asking is very precise, very narrow, very testable: Someone please test this equation to see if slight adjustment of the constants will account for galactic motion or not. If it does, then proceed to the rest of the theory.

If it cannot, then the theory can be dismissed. Either way, I would like to know -- but I would not be convinced with a simple "absurd!" or dismissal unless it has been tested out.

If it is true that the motion of galaxies can be modeled in this way, I would ask that you take a look at the explanation in this theory:

Nice whirlwind tour through Hume, Popper, and Quine, though as an empiricist I find the realist conclusion somewhat suspect :-) !