What happens when we try to explain gravity?

Gravity holds us to the Earth and makes apples drop to the ground when they fall off a tree. It controls how the Moon moves round the Earth and how the Moon causes tides on Earth. It controls how the Earth moves round the Sun and how the Sun moves round the Galaxy. But it’s not a force. That was Einstein’s great discovery. How can we say that? Well because you can, at least for a while, simply make it vanish! How do you do that? Just let go! In other words, jump off a building, and you’ll feel no gravity as you fall down (hitting the Earth does not count as falling down). More gently, join a freely orbiting space station crew, and you’ll find life difficult because there will be no felt gravity to hold you down on your seat or to hold your coffee in a cup. In short, what appears to be a gravitational force actually depends, locally at least, on how you are moving. You can make it go away by allowing yourself to fall freely.

The reason this is true is because the gravitational mass of a body is the same as its inertial mass. This is what Galileo discovered, allegedly, by dropping objects of different weight from the Leaning Tower of Pisa (that experiment has since been done much more accurately by modern physicists - see this video for a feather and a ball falling at the same speed). That means that if you are in lift and the rope breaks, you and everything around you will fall at the same rate as the lift – so you will no longer feel gravity holding you to the floor of the lift.  This was Einstein’s “happiest discovery”.

What is it then?

Gravity is now understood as being an effect of space-time curvature; in a static situation, of spatial curvature. A model is as follows: if you consider two aircraft that start off 1000 miles apart at the same instant from the Earth’s equator and they each fly at the same speed in an unchanging Northerly direction, they will get closer and closer together and will eventually collide at the North Pole. It is as if a force was pulling them together even though there was no attractive force acting between them. It was the curvature of the Earth that was the cause of this apparent force. Spacetime curvature is like that: if, for example, you let a spacecraft fall freely around the Earth at the right speed, with the engine turned off, it will arrive back exactly where it started because of the curvature of space caused by the Earth’s gravitational field.  It never fired an engine to change direction but just kept going.

"We understand Einstein's theory pretty well...But that is not the end of the story."
___

What mathematics do you need to describe this?

To really get to grips with this, you need to study tensor calculus. This is what Einstein had to learn when he was developing his theory of gravitation between 1912 and 1916 – he learnt it from a friend, and found it did exactly what was needed. The key idea is a curvature tensor: a mathematical object with 20 components (assuming spacetime is 4-dimensional, as all the evidence suggests).  This resulted in the Einstein Field Equations, whereby 10 of these components (comprising the Ricci tensor) are determined at each point by the matter and energy present there, and another 10 components (comprising the Weyl tensor) are instead determined by the cumulative effects of all the matter and energy at other spacetime locations. It is the non-local effects of the Weyl tensor that convey curvature from one place to another, so letting us feel that gravitational tidal force due to the Moon on the Earth, and allowing the ripples in space-time that are gravitational waves to travel from distant colliding neutron stars and black holes to the Earth.

Why does this description not apply in all cases?

Einstein’s theory is a classical theory, and does not take quantum effects into account. Now most physicists assume that, at base, gravity, like all the other fields we know, is actually a quantum field. But despite stupendous efforts by a great many very talented physicists, we still don’t have a solid agreed-on theory of quantum gravity. So we don’t know the theory of gravity that would apply at the very start of the universe, or at the very end of the life of a Black Hole.

We don’t know. It has passed every test we have tried – there is no evidence against it. But to check if a theory is right, you need to compare it with other candidate theories and see which performs better. General Relativity has passed all these tests with flying colours. But some scientists, for example, are claiming you don’t need to have the huge amounts of dark matter in the universe that are suggested by standard studies – because they assume that General Relativity is correct. Maybe a modified gravitational theory, for example one in which the gravitational constant changes with space or time, might remove the need for dark matter. So many alternatives are being proposed and tested.

It is difficult to test on Earth because it is a long range force, It is dominant in the Universe on large scales because all gravitational mass is positive, unlike electricity, where there are equal numbers of positive and negatively charged particles.

We understand Einstein’s theory pretty well, despite its complexity. But that is not the end of the story. If you want to take part in the search for the ultimate answer, you will have to learn the maths (tensor calculus, maybe spinors) and the physics (variational principles and symmetry groups, for example) and then get going. No one knows what direction may lead to new and unexpected answers.

George Ellis and Ruth Williams, Flat and Curved Spacetimes will explain these ideas as far as you can go without getting into differential equations.

Editor's note - in light of the recent awarding of the Nobel Prize in physics for the detection of gravitational waves, the author has added the below:

So Einstein proposed they could exist in 1917. We now have two independent ways of proving not only that they can exist , but that the carry energy with them (some of that energy being deposited in the LIGO/VIRGO gravitational wave detectors) as predicted." 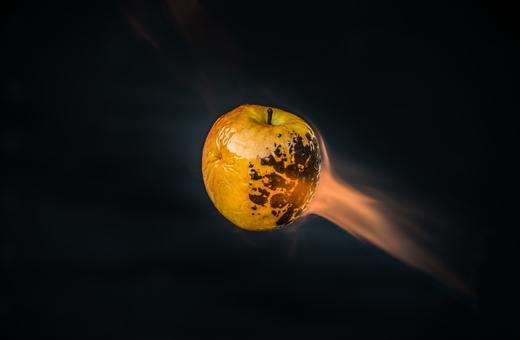 Gravity is time flowing at different rate here and there. Don't take my word for it; Read Bill Unruh;
‘ .. A more accurate way of summarizing the lessons of General Relativity is that gravity does not cause time to run differently in different places (e.g., faster far from the earth than near it). Gravity is the unequable flow of time from place to place. It is not that there are two separate phenomena, namely gravity and time and that the one, gravity, affects the other. Rather the theory states that the phenomena we usually ascribe to gravity are actually caused by time’s flowing unequably from place to place... “ arXiv:gr-qc/9312027v2 17 Dec 1993

For metaphysics looking for substance and cause, it's all there. Consider the spontaneous dynamic process of the vacuum as Time, the Substance, and the Cause as a difference in the rate of Time. It is complete, considering that a logical system requires that there be only one type of substance/process and only one type of cause in order for the system to be working properly, to be operational.

In the first paragraph, referring to gravity, the author says "But it’s not a force" while later -- forced by convention I suppose -- uses the phrase "...gravitational tidal force."