The dangers of historical fiction

Professor of Philosophy at The Open University and Extraordinary Fellow at Churchill College, Cambridge. He is co-editor of The British Journal of Aesthetics.

Historical fiction is still fiction. Yet the amount of detailed research that goes into the period and characters that writers develop, and the realistic nature of the final product, leads viewers and readers to treat it as history proper. We might think there’s an easy way of separating the factual, historical bits from the made-up, fictional bits, but there isn’t. Plato, it seems, was right: art is dangerous as it can make us believe things that are false. Art is at best a representation of reality, not reality itself. And yet, the same can be said of historical non-fiction. History is also the product of the perspective of the writer, and perspectives belong to individuals, not reality itself, writes Derek Matravers.

In his ‘Advertisement’ for the first edition of his Life of Samuel Johnson, James Boswell complained that ‘I have sometimes been obliged to run half over London, in order to fix a date correctly; which, when I had accomplished, I well know would obtain me no praise, though a failure would have been to my discredit’ (Boswell 1992: 3). Authors of histories, autobiographies, and other non-fictions have a special obligation to get everything right; as Boswell says, we can rightly criticise an author for getting something wrong even if, were he or she to have got it right, it would have passed by pretty much unnoticed. This does not mean, of course, that everything in a non-fiction is true; but it does mean that, if things are going well, everything in a non-fiction (putting aside tropes such as metaphor) is there because the author thought it was true. This is some kind of guarantee, kite mark, that means that readers (or viewers) of non-fictions are justified in believing what they find there.

What of the genre of historical fiction? Books such as Wolf Hall and dramas such as The Crown are set in the actual world and are about the lives of actual people. Hilary Mantel, and, no doubt, the writers of The Crown do a great deal of lengthy research into what is known about the characters and the period they are representing. Are these safe spaces to form beliefs? Not really; neither Hilary Mantel nor the writers of The Crown are obliged to work under the same constraints as Boswell; they can make stuff up. Thus, we get our problem. Good, well-researched, historical fiction seems to contain the resources to teach us a great many things about the actual world. Nonetheless, if we were to take such works as grounds for our beliefs, we would be in danger of believing some of the stuff that is made up. That would leave us with some false beliefs amongst our true beliefs. So how should we treat historical fiction?

There is no method, no algorithm, by which even a careful reader is able to police the boundary between what is made up and what is not.

Given this uncertainty, perhaps the right think to do is simply to suspend judgement. Get on with enjoying the story and not let any of what we read, see, or hear creep into our set of beliefs about the actual world. This, however, seems a bit pessimistic. Most of what I think I know about Thomas Cromwell comes from Wolf Hall and no less an authority than John Churchill, the first Duke of Marlborough, claimed that he knew no English history save that which he had learned from Shakespeare. Surely there is something we can do to sort the epistemic wheat from the chaff?

One could take the optimistic view. Careful readers can surely tell the true stuff from the made-up stuff. If, in Wolf Hall, Thomas Cromwell lives in a mansion in the City of London it seems reasonable to believe he lived in a mansion in the City of London. However, if in Wolf Hall, a private conversation is reported between Cromwell and Audley, it would not be reasonable to believe that exactly those words were used on exactly that occasion – how could Mantel possibly know? The problem with this cheerful approach is that the rules of historical fiction are just not clear: authors need to be faithful to how things actually occurred in many ways, but, for the sake of the story, are allowed to make up dialogue, combine bit players in the story into single characters, compound different events into single events, engineer dramatic occurrences to the sake of the story and so on. There is no method, no algorithm, by which even a careful reader is able to police the boundary between what is made up and what is not.

People who believe they are consuming fiction form all kinds of beliefs about the actual world as a result of doing so.

There is even more reason to be pessimistic about the optimistic view. Even if we put aside the case of convincing historical fiction and look at fictions more generally, psychologists have shown that we are much more promiscuous in our belief formation than we might think. I could fill a paragraph or two with caveats about the results: in particular, that the experiments usually involve ‘naïve readers’ (physics majors, rather the literature majors) hence we might be hesitant about whether the results generalise to sophisticated consumers of narrative. Nonetheless, the figures across the board are pretty impressive: people who believe they are consuming fictions (any fictions, not simply historical fictions) form all kinds of beliefs about the actual world as a result of doing so. Indeed, some of the results are frankly weird: Richard Gerrig and Deborah Prentice have found that people are more likely to form certain beliefs about the actual world if they believe they are reading fiction than if they believe they are reading non-fiction. So, in as much as the evidence is in, it is not even clear it would help if we could police the boundary between what is made up and what is not, we would form beliefs on the grounds of the made-up stuff anyway. If people form beliefs about the actual world on the grounds of engaging with fiction generally, it would be a reasonable surmise to think that the phenomenon will be even more prevalent when it comes to reading historical fiction in particular.

Plato was right; art is dangerous as it gives us false beliefs about the world.

Plato was right; art (or, in our case fiction, particularly historical fiction) is dangerous as it gives us false beliefs about the world. What should be done? The right answer cannot be to ban the likes of Wolf Hall and The Crown from society. The alternative might be for us to supplement our consumption of historical fiction with serious histories, where the authors have obeyed Boswell’s constraint, and attempt to weed out our false beliefs with a dose of the unvarnished facts. This seems a good idea to me; a world in which there was only historical fiction, and no history, would be a world in which the pool of beliefs about the past contained both truths and falsehoods with no way of our sorting them into two piles. In as much as it is important that we do know the unsullied truth about the past, this would be a less good world than the one we currently inhabit.

And yet, and yet. Perhaps even this is too optimistic. I have been writing as if a narrative that obeys Boswell’s constraint will give us transparent access to the past – be a reliable conveyer of true beliefs. In some ways this is right – and hence, history can be a useful corrective to historical fiction – but in some ways it is wrong. As Plato knew, a non-fiction can contain no false propositions and yet still manage to smuggle in some false beliefs. Authors take decisions as to what to include and what to leave out, whose motives to explore and understand, what events to make salient, how to describe character traits (is that bullying or leadership?) – and other things besides.

The moral of the story is that reality is one thing, and representations of reality are another.

There is nothing wrong with making such decisions; it would be impossible to produce a narrative (any narrative) unless such decisions were made. However, such decisions put a spin, a perspective, on the events related and, for very much the same reasons as a reader will come away with beliefs when reading fiction, a reader will come away with perspectives when reading non-fiction. The moral of the story is that reality is one thing, and representations of reality are another. Narrative representations cannot help but reflect the choices of their makers, so when you access reality via such a representation, what you are getting are those aspects of reality that the makers have decided to make salient to you. 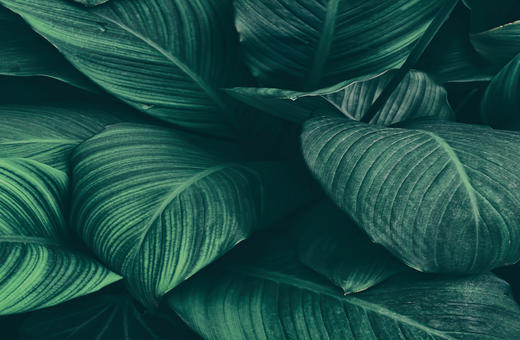 Unlocking the potential of nature's beauty 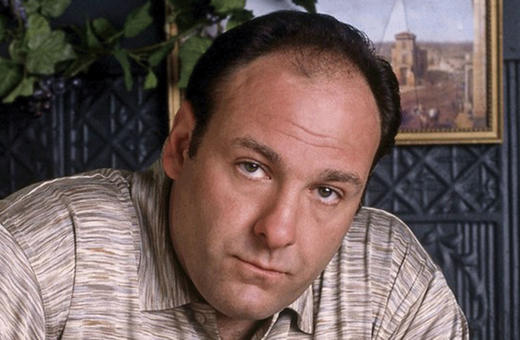 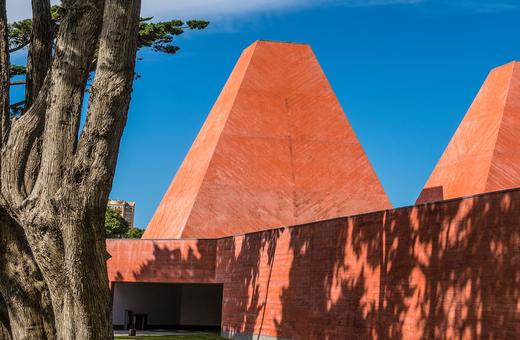 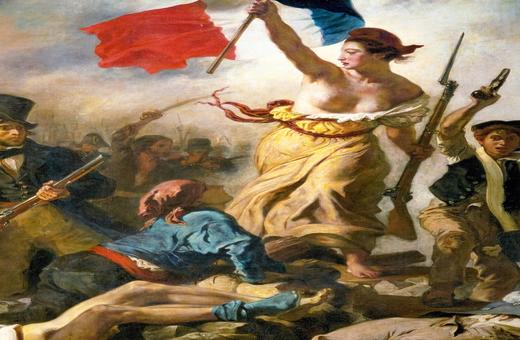 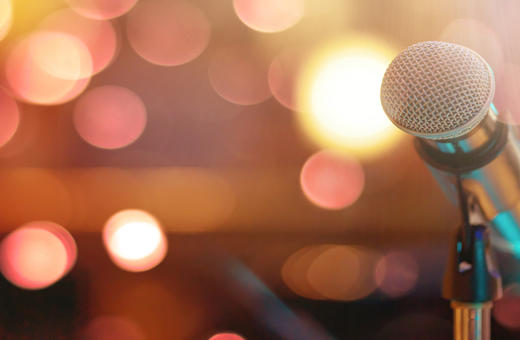 Humour is no joke 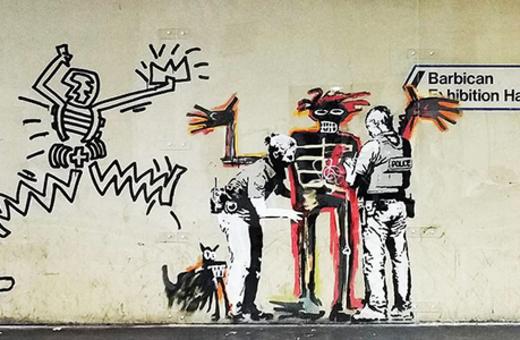