Should untrained citizens conduct the dangerous and otherwise illegal activity of police-informants?

Like most law enforcement officers, I was required to handle informants (or “confidential human sources”) when I was an FBI Special Agent. At the time, I had no idea that I would eventually leave government service for academia. However, seven years after going through New Agent Training at Quantico, I left the FBI to pursue my doctoral work in philosophy at the University of Virginia. This change came about for a variety of reasons, and most had nothing to do with the FBI. But I did leave the FBI with vague concerns about the scope of law enforcement power.

Upon arriving at the University of Virginia, then, there was little doubt that my work would in some way be an attempt to make sense of my concerns as an FBI agent. One concern was about the police’s use of informants.  Consider the case, Alexander v. DeAngelo, in which an informant was tasked by the police to engage in a sex act as a way to gather evidence about a suspect’s use of prostitutes.  In denying the informant’s subsequent lawsuit, the court stated:

[The informant] engaged in a sexual act, and not for pleasure. But confidential informants often agree to engage in risky undercover work in exchange for leniency, and we cannot think of any reason, especially any reason rooted in constitutional text or doctrine, for creating a categorical prohibition against the informant's incurring a cost that takes a different form from the usual risk of being beaten up or for that matter bumped off by a drug dealer with whom one is negotiating a purchase or sale of drugs in the hope of obtaining lenient treatment from the government.

The opinion’s rationale is based in part upon the following: (1) The informant’s ability to bargain for potential leniency in exchange for engaging in the underlying act on behalf of the police, and (2) the police’s tactics did not rise to the level of a violation of the informant’s constitutional rights.

Informants are motivated by all sorts of reasons; for example, some have a strong sense of patriotism and simply want to help the police. But consider the more limited case of informants who are tasked by the police to engage in risky undercover operations when the police have leverage over the informant (e.g., the police have evidence that the informant committed a crime). Ultimately, I think these situations highlight the extent to which the police’s discretionary authority can be an affront to basic rule of law principles.

"Should untrained citizens conduct the risk-laden, otherwise illegal activity of police, as required by some informant-police agreements? I think there is good reason to answer this question in the negative to the extent that such agreements are an affront to some facet of the informant’s liberal personhood."

It is interesting to explore how the bargaining process involved in agreements between the police and informants resembles the bargaining process associated with contracts. This has led me to the view that the underlying principles of the legal doctrine of unconscionability provide weight in determining the extent to which these informant-police agreements are justified.

Consider first how these agreements are similar to contracts: There is an offer by the police for the informant to provide operational assistance, the informant accepts (or does not accept) the offer, and there is consideration for the agreement (the police consider recommending leniency for the informant in exchange for the informant’s assistance). One need not be committed to the idea that informant-police agreements give rise to legally enforceable contracts. This is because the bargaining process raises other normative principles—which have weight—underpinning the doctrine of unconscionability.

Ronald Dworkin made the point this way:  Rules are “all or nothing” standards that resolve particular cases conclusively when applicable—say, when Joe drives 80 mph and the speed limit is 55 mph.  Principles are not dispositive in the cases to which they apply. Competing principles may be incommensurate, requiring that cases to which they apply are resolved based upon justificatory weight. Although the doctrine of unconscionability might not resolve informant-police agreements, its underlying normative principles might provide weight with respect to those agreements.

The typical context for the doctrine of unconscionability is the sale of goods, but the doctrine’s underlying normative principles are steeped in common law—as illustrated by this oft-quoted, centuries old description: “An unconscionable agreement is one such as no man in his senses and not under delusion would make on the one hand, and as no honest and fair man would accept on the other.”

The modern legal framework includes procedural unconscionability (no real choice and inadequate knowledge of the agreement) and substantive unconscionability (contract terms that are unreasonably favorable to one party).  With respect to the procedural component, police hold almost all the power over informants and can implicitly threaten informants with a complete loss of liberty (prison).  Moreover, untrained informants are often unable to appreciate the risks and contingences that come with dangerous law enforcement operations.

One might ask the following question with respect to the substantive component: Should untrained citizens conduct the risk-laden, otherwise illegal activity of police, as required by some informant-police agreements? I think there is good reason to answer this question in the negative to the extent that such agreements are an affront to some facet of the informant’s liberal personhood. I’ve developed a tripartite conception of liberal personhood, with the first two facets—reciprocator (having to do with one’s equal legal and social status) and moral agent (having to do with one’s capacity for certain natural properties that allow one to be treated as free and responsible)—giving rise to the third facet, human dignity (which has both a social and moral component). There are a variety of ways that informant-police agreements may count as an affront to one or more of these facets. 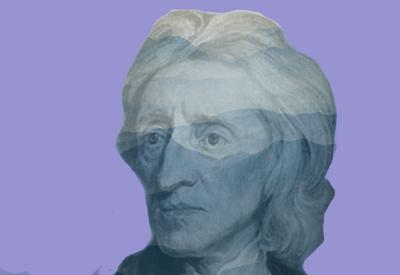 SUGGESTED READING Memory, Identity, and Responsibility By Helen Beebee A tragic case study involves the police’s use of Rachel Hoffman, who was a college senior when she was first incriminated regarding her use and sale of marijuana. She was potentially liable for felony charges and prison, and the police offered to consider reducing her liability in exchange for her meeting two convicted felons alone in her car to buy 2.5 oz. of cocaine, 1500 Ecstasy pills, and a handgun. The police provided Hoffman with a recording device, transmitter, and cash to purchase the drugs and the gun. However, on the day of the sting, the targets changed the meeting location and the police lost track of Hoffman. Two days later she was found dead—having been shot by the gun she was sent to buy.

Was the agreement between the police and Hoffman justified? Did Hoffman have a meaningful choice about whether to accept the terms of the police’s offer? Did she have adequate knowledge of the risks involved? If the police’s broad discretionary power to engage in law-breaking activity qualifies as a departure from rule of law principles, was subjecting Hoffman to such risky police duties less like enhancing her options and more like an illegitimate liberty deprivation? Was Hoffman’s harm tied to a disparity in benefits that weighed heavily in favor of the police? These are of course difficult questions, but I think an examination of the procedural and substantive components of informant-police agreements can be illuminating.

Just as all contracts are not unconscionable, it would not be right to say that all informant-police agreements are unconscionable. On the other hand, many of these agreements—such as the one in Hoffman’s case— do seem unconscionable prima facie because features of the agreement track the central characteristics of the doctrine of unconscionability and its underlying normative commitments.

Luke William Hunt is Assistant Professor of Criminal Justice at Radford University. After graduating from law school, he was a law clerk for a federal judge in Abingdon, VA. He then worked as an FBI Special Agent and Supervisory Special Agent in Charlottesville, VA, and Washington, D.C., followed by his doctoral work in philosophy at the University of Virginia.  He is the author of The Retrieval of Liberalism in Policing (Oxford University Press, 2019). 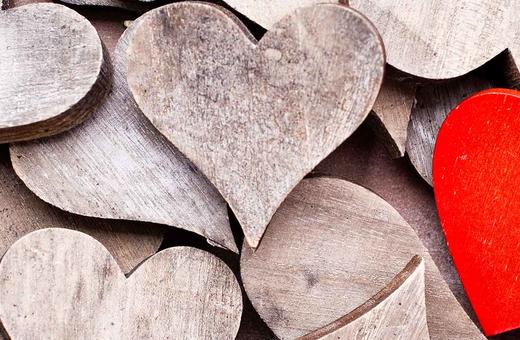 In the world of governments, odds always favour the house. Even so, the power structure keeps more trump cards to further imbalance outcomes in its favour without regard to the notion of justice, a poor synonym for vengeance in the first place. This is simply another manifestation residing firmly in a consequentialistic worldview where the ends justify the means. It is also a textbook example of the failure of Consequentialism and its Utilitarian progeny.