| Professor of English Literature at Oxford University and co-editor of Edward Lear and the Play of Poetry (OUP, 2016)
1,698 words
Read time: approx. 8 mins

Among other things, rationality is the ability to make distinctions, to tell one thing from another, to know that x is not y. But, if rationality is categorical, sometimes it feels as though categories may be a category error. Faced by the perfectly rational idea that one knows the difference between “successful” and “unsuccessful” enterprises, Anton Chekhov once wrote to a friend: “Are you successful or aren’t you? What about me? What about Napoleon? One would need to be a god to distinguish successful from unsuccessful people without making mistakes. I’m going to a dance.” One feels that it wasn’t a mistake to go to that dance—not least because dancing isn’t entirely rational. On Sign o’ the Times, Prince ends that ridiculously danceable track, “It’s Gonna Be a Beautiful Night”, with the words “Everybody, groove,” pauses a second, and then closes by elongating one word more: “Confuuuuuuuuuusion.” To groove is to get confused, to know that knowledge isn’t all it’s cracked up to be, to long for an art (and a life) that can give us respite from reason.

It might be ventured that Prince is talking nonsense. According to the Oxford English Dictionary, nonsense signals “absence of rationality or meaning.” In the middle of “It’s Gonna Be a Beautiful Night,” though, Prince makes it very clear that he’s really into nonsense; suddenly, out of nowhere, he has Sheila E. rap Edward Lear’s poem “The Table and the Chair” in time to the music. Lear’s poem starts up as Table announces his wish to go for a stroll; Chair exclaims, “How foolishly you talk, When you know we cannot walk!”; but Table explains that they both have legs, so off for a walk they go, before returning home to celebrate (they “danced upon their heads / Till they toddled to their beds”). It’s not the only occasion in Sign o’ the Times that things turn irrational; in “Starfish and Coffee,” when Cynthia Rose is asked what she’s had for breakfast, back comes the reply:

Lear would have enjoyed this food for thought—not least the idea that understanding can come from setting your mind free, not simply setting it to work. That said, Cynthia Rose (or Prince) adds a proviso: you’ll understand, maybe.

As one of the most pleasurable examples of art’s flirtation with the absurd, nonsense has something to tell us about the workings—and the limits—of rationality itself. “One has to allow for a certain multiplicity of voices,” Freud noted, “even an alloy with such-and-such per cent nonsense.” The exact figure is no doubt tricky to calculate, but the implication is clear: an unwillingness to allow for nonsense is a refusal to allow for a person. It’s also a refusal to countenance everything that has gone into the making of a person—including that strange mixture of opportunity and imposition which is language itself. Modern philosophers, from Wittgenstein to Deleuze and beyond, have made considerable time for nonsense for precisely this reason; “my aim,” Wittgenstein wrote, “is to teach you to pass from a piece of disguised nonsense to something that is patent nonsense.” The journey from one to the other can clarify just how much of our rationality rests on half-hidden rules to which we have silently (perhaps irrationally and unconsciously) assented. In this sense, the art of nonsense draws helpful attention to the process by which we make meaning—and to the idea that meaning is not mere discovery, but construction, invention, fabulation. This is I think close to what T. S. Eliot was getting at in a celebrated discussion of the music of poetry: “Take an apparently extreme example—the nonsense verse of Edward Lear. His nonsense is not vacuity of sense: it is a parody of sense, and that is the sense of it.” There is a lovely, glancing parody of sense in Eliot’s use of the word “apparently” here; he’s paying lip service to the idea that Lear’s writing is allegedly beneath the achievement of “proper” Poetry, while implying that his nonsense is not really extreme. Rather, it’s a classic example of how all poetry works. 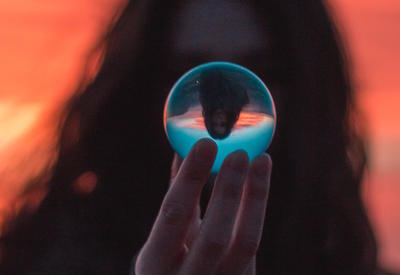 SUGGESTED READING Why Humans Are The Most Irrational Animals By Bence Nanay So the irrationality of nonsense may contribute to “sense” by disrupting it, and we can observe this contribution in action by seeing what Lear makes of an (apparently) self-evident truth: namely, that it’s rational to want to be happy rather than sad. Lear often led an unhappy life (biographers tell tales of broken families, failed relationships, shady sexuality, epilepsy, depression, abuse). Yet in his diary he spoke of “my peculiar happinesses.” What is it about happiness, his poetry seems to ask, that’s so difficult, so peculiar, that so often involves us in perplexity? Instead of dwelling on his lack of happiness, perhaps we might explore his feeling for the lack in happiness (or, at least, in some conceptions of it). One of the reasons, I think, why many children warm to Lear is because they somehow sense—as he did—that happy is itself a nonsensical word even in so-called rational conversation. When I ask my six-year-old son if he’s happy, he sometimes rewards me for the audacity (and stupidity) of my question by giving me a strange look, as though the word under- or mis-describes what he’s feeling. Lear’s writing somehow knows this, knows how to leave children alone to whatever it is that they have—and to whatever it is that our words can’t describe or prescribe for them. (In his diaries he refers to children as “a happy lot—so to speak.”)

In another poem, Lear plays back the word “happy” over and over in a refrain, hearing it as an irrational blend of allurement, ambush, and opportunity. In “The Pelican Chorus” the King and Queen of the Pelicans tell of how their daughter Dell grew up, fell in love, got married, and left home to start a new life. Usually, when the word “happy” arrives, it accompanies some unequivocally happy boast; the first thing the Pelicans tell us is “None but we have feet like fins!”, and so “We think no Birds so happy as we!” But the poem ends like this:

She has gone to the great Gromboolian plain,

And we probably never shall meet again!

Oft, in the long still nights of June,

We sit on the rocks and watch the moon; -

- She dwells by the streams of the Chankly Bore,

And we probably never shall see her more.

We think no Birds so happy as we!

We think so then, and we thought so still!

If, as Swift suggested, happiness is the “perpetual possession of being well deceived,” one could feel that the deception is needed more than ever now. The refrain may read like a defence, a soft whistling in the dark, a way for the parents to keep their spirits up having seen their daughter take flight. Yet it’s not that they’re not happy, but rather that their elated sense of her story’s happy-ever-after contains within it a radiant sadness. They’ve done a good job, which makes it both harder and less hard to let her go. One way of glossing “The Pelican Chorus” would be to hear it as a re-writing of an epic opening sentence, one published as Lear composed his poem (I’m thinking of Tolstoy’s first words in Anna Karenina). Lear’s version would read: “All happy families are unhappy in their own way.” 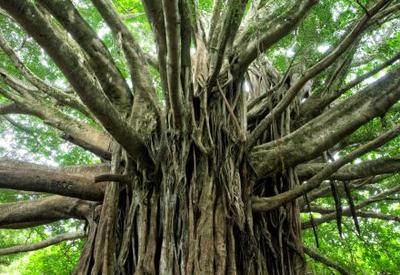 SUGGESTED READING On Being Useless: A Daoist Reflection By Edward McDougall The Pelicans never appear more irrational or nonsensical than when telling us the same thing over and over in their refrain, as though sensing that the whole meaning of their words isn’t quite getting itself said. “We think no Birds so happy as we! . . . We think so then, and we thought so still.” Not, say, “There are no Birds . . .” The key thing is for the Pelicans to have the thought, not to know it; in that sense, the lines gently step back from an omniscient perspective on happiness. An older meaning of the word happy that was passing out of the language during Lear’s lifetime was “blessed, beautified,” and one that was gaining ground was “slightly intoxicated” (happy as “merry,” or tipsy). A drift, then, from a state to a mood. The giddy, nonsensical temporality of the Pelicans’ last line could imply a sort of mistakenness, but it may offer a blessedly rare lesson about how happiness is to be taken in an untimely, irrational manner.

Are you happy? It’s a reasonable question, too reasonable by half. The question, in fact, often seems as bewildering for adults as it does for children, and it may prompt us to ask others: “About what?”, or “You mean, right now?” One reason to evade the question is that an answer to it implies a knowledge of what makes us happy, which may in turn commit us to too knowing, too rational, a sense of what will make us happy in future. We would then have become an expert on ourselves, and it’s not always clear we want to be that. Lear once wrote of a “happy vagueness,” and this vision of the feeling as something in touch with the unconscious, with the as-yet-not-wholly-clarified, is close to the heart of the nonsense that his poetry speaks. What nonsense wants us to realise—or to remember—is that happiness is not quite the opposite of unhappiness. Like nonsense, happiness confounds our sense of the sensible. What Emerson said of the novelist could apply to the nonsense-poet too:

The novelist should not make any character act absurdly, but only absurdly as seen by others. For it is so in life. Nonsense will not keep its unreason if you come into the humorist’s point of view, but unhappily we find it is fast becoming sense, and we must flee again into the distance if we would laugh.

Unreason, it turns out, may be the most reasonable thing we have, our truest synonym for 'sense'. In its happily unhappy way, Lear’s nonsense won’t always let us keep our heads—or our distance.

It was so good to see you acknowledging this topic, it really feels great. Thanks for sharing such a valuable information which is very hard to find normally. I have subscribed to your website and will be promoting it to my friends and other people as well.
wedding photography flagstaff az

Having found a certain number of participants for my research, I decided to add a couple of modern poems to a presentation. Some of my students did their literary reports for a college course online buying editor's help from writemyessayfast.ca if they were late with their homework submissions. Now, I'm asking them to write about modern poetry and show how it interprets success as a phenomenon in the digital world.