| Professor of religion, politics and ethics at the University of Nottingham, founder of the radical orthodoxy movement and author of Theology and Social Theory: Beyond Secular Reason
1,502 words
Read time: approx. 8 mins

Today liberal culture speaks of ‘the Enlightenment legacy’, as if we thought that reason suddenly sprang from nowhere in the Eighteenth Century. Equivalently, we think of religion and especially Christianity as a matter of emotion and faith which is extra-rational, if not downright irrational, and dangerously opposed to the rational ventures of scientific understanding.

However, this is a very foreshortened perspective. Up till relatively recent times, few people thought of religion and reason as being in opposition to each other. This was primarily because they thought of reason itself as something essentially spiritual.

They naturally thought this, because reasoning is something done by conscious minds, whose reality a merely material explanation is in principle unable to account for. Although we now deploy, in processes of computing, myriad mechanical equivalents for logical, mathematical and grammatical processes, there remains an absolute distinction between a rational connection and a mechanical one. This is a certain feeling of ‘aptness’ which reaches an absolute degree in the case of logical necessity. Although we can programme machines to perform such logical operations, it remains crucial that machines cannot equivalently programme minds to perform them in turn. There remains an ineffable difference.

This difference, as already indicated, has to do with feeling. Reasoning is something performed by conscious minds which infuses both their own bodies and their immediate environments. If we discover that reality can automatically reproduce our ‘exact’ logical feelings, then the causal priority of mind over computation can cause us to suspect that it is structure that follows feeling or is completed by it, rather than the reverse. Perhaps this is true even at the sub-human level.

"Not only is the modern secular person already a cyborg, she is also inherently schizophrenic – as arguably instanced by our growing epidemic of mental health."

This sort of consideration can lead one to conclude that rationalism itself requires a metaphysical doctrine of the irreducibly higher reality of reason, as an intellectual, spiritual and conscious process. Additionally, it requires a doctrine that does not divide it from the entire field of embodied and impelling emotion which traditional philosophies thought of as the domain of ‘soul’. Enlightenment ‘rationalisms’, by contrast, have tended to abandon any accounts of the ontological reality of the domains of the intellectual or of the psychic -- such as were once common to Hindu, Buddhist, Neoplatonic or Monotheistic outlooks.

The result of this abandonment is frequently a blind obeisance before what are taken to be sheerly random material processes. There now exists no ground for supposing that reality really conforms to reason beyond a very limited and artificially-carved out milieu. In consequence, Enlightenment thought sometimes ascribed our extra-logical ethical and aesthetic outlooks to the non-rational operation of sheerly natural impulses, passions and sympathies, which then required a certain degree of detached rational constraining.

One tended to end up with a duality of irrational feeling over-against a reason that could already be in principle automated, whether in terms of pure logic or of rules for inference. Only rarely (perhaps with Hume on one reading) did Enlightenment thought retain or sharpen a sense that reason itself is a higher kind of feeling and intuition.

This attitude to reason becomes essential when one moves away from the mere sense of total aptness accompanying 1 plus 1 = 2, towards all the less tautological conclusions that we require when dealing with much of reality and especially human reality. Indeed, most of our thought, both theoretical and practical, is not a matter of merely copying facts, nor of unquestionable analysis. The majority of linguistic propositions are matters of subjective judgement, that cannot be regarded as simply either true or false. They involve an ‘addition’ to what we receive which is ineluctably imbued with a certain emotional tonality. As Alfred North Whitehead argued, to remove this tonality from the realm of the natural or the real is to consign most of human existence to banishment. Possibly it is to exile also most of extra-human reality, if, as Whitehead thought, the very ‘completion’ of things is a matter of their aesthetically-closed apprehension of everything else.

Viewed in this way, all our reasonings are a matter of both feeling and of faith. We have to trust even that our logical sense of the absolutely apt corresponds to the ultimately real. But so much the more do we have to have a measure of confidence that our looser surmises about the nature of things, about values and about the character of people and what makes for a good society might not be totally deluded.

Religions tend to operate within this scope on a grand, collective scale. Like any other organism, they seek to craft a social and psychic whole that is a distinctly felt ‘addition’, and yet which somehow echoes and conveys the truth of the whole of reality. They encourage things like self-restraint, loving regard for others and a contemplative focus on what is common to everything rather than the personal accumulation of possessions. But they do this not on the basis of calculation, but rather as a matter of instinct and commitment. Yet throughout history this instinct has proved more rational than the operations of a coldly detached reason and has engendered everywhere a civilising effect.

Of course, the scandal of Christianity consists in its claim that the absolute and universal itself has coincided with one particular human addition or series of additions in the course of time. And yet it is this very claim that initially drove the western enterprise of seeking a more universal human truth and political harmony, with older cultural differences now variously integrated and subordinated.

The Enlightenment is only a recent footnote to that process: sometimes its over-rationalised continuation, at other times its mere pastiche. For nothing can really exceed the cosmic enthronement of reason that is involved in the claim that Divine Reason itself has been incarnate in the course of time, and that this Incarnation is sustained in a certain corporate presence of ritual, symbolic expression, practice, association, contemplation and intellectual reflection. Just by virtue of ‘incarnating’ reason in everything in terms of a certain claimed higher feeling and instinct, the Enlightenment sundering of reason from reality, of logic from feeling, and culture from nature is here avoided.

One can extend this contrast to respectively different accounts of the human being. On the enlightened view, the human individual is caught between raw nature and an animal body on the one hand, and a rational, calculating aptitude on the other. In consequence, she ceases really to be a human being at all, and becomes instead already in effect a ‘cyborg’: an awkward hybrid of private ‘natural’ impulses that are fearful, ignorant, tribal and atavistic (or at best ‘sympathetic’ within a narrow and projective range),  and a contrived artifice of contracted procedures and systematically protected enclaves of private choice.

Instead, within the history of the West, Christian and Jewish outlooks promoted the sense of the human being as a ‘person’: as rational according to her higher animal nature and as inherently imbued with feelings for justice and charity. In addition, as being so inherently social that no isolated human ‘substance’ ever really precedes the temporal and spatial tangle of relationships in which she finds herself. 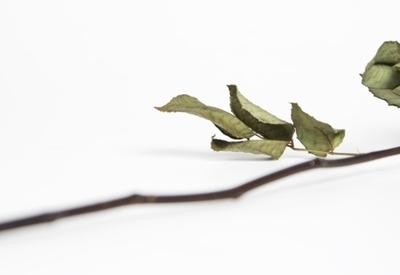 SUGGESTED READING Do You Disappear When You Die? By Palle Yourgrau In the case of the Enlightenment, both nature and culture tend to get reduced to the status of a collective whole over-against isolated individuals, without processes of relational mediation. By contrast, the Jewish and Christian perspective exalts as ultimate neither the lone person nor the social group. Instead and paradoxically, the focus on the priority of relations tends to ensure that the concrete, complexly situated person, receiving all this in her own uniquely ‘additional’ way, is taken to be of absolute value. This is not to be confused with the abstractly ‘atomic’ individual of liberalism who might just be ‘anyone’, since she is defined only by her capacity for choice, whatever that might turn out to be.

For this reason, not only is the modern secular person already a cyborg, she is also inherently schizophrenic – as arguably instanced by our growing epidemic of mental health. For on the one hand she is called to be detachedly rational in the manner of ‘absolute aptness’ that can be turned into an algorithm and downloaded onto digitalised systems, while on the other she is expected (since the market demands it) to exercise endlessly ungrounded, unconsidered and disconnected choices on the basis of her supposedly raw emotions.

In this sense not just any sense of the need for the tempering and refinement and social negotiation of feelings gets lost, but also the deeper truth that reason (which for Plato was a higher eros) consists in nothing but this elevation, exercised by a living, psychically-formed and intellectually aspiring human body.

Insofar as religion and hitherto mainly Christianity and Judaism in the West has been the guardian of this perennial wisdom, it has been a far better keeper of reason than the more limited and often self-contradictory tradition of the Enlightenment.

Commenting here in these columns, a futile exercise; I have never seen an author showing minimum social courtesy of responding to a comment! Are those who comment, lesser mortals? https://bit.ly/3BiVbbe