Does death hold the key to true love?

It was the autumn of 1841. About a year earlier, Regina Olsen had happily accepted a marriage proposal from her beloved Søren Kierkegaard, but now, without providing any proper explanation, he had broken off their engagement. Nothing helped to change his mind. A couple of years later, she became engaged to another and he began writing and publishing his (often provocative) works, which, in the years to come, would put Denmark on the map of Western philosophy. He died young, at the age of 42, and lived alone, seemingly indifferent to the joys and sorrows of romantic love - but only seemingly. His lost Regina was, in his eyes as good as dead – but not forgotten. Like a haunting ghost, the recollection of her hovers around many of his writings, indicative not only of his broken heart but, more significantly, of his philosophical interest in the nature of love.

The themes of love and death are interwoven into Kierkegaard’s entire oeuvre. As an existential philosopher, he is preoccupied with human temporality and finitude, and therefore death. As a Christian philosopher, he takes love to be the heart of human existence. And, as a romantic soul, he converges the two. This convergence between death and love is particularly apparent in two key points in his philosophy. Both in his religious analysis of love in Works of Love (1847) and in his existential analysis of faith in Fear and Trembling (1843), the lover is implicitly requested to think of his beloved and of death at the same time. In both, the thought of death functions to edify love. But how?

"If you want your love to be true, Kierkegaard says, make sure that it is in no way concerned with yourself,  but rather with your beloved"

To begin with, Kierkegaard identifies love with caring. At the root of the flow of emotions, longings and desires is the wish for the best for the beloved. Thus Kierkegaard believes that in order to fulfil its nature, love should be first and foremost focused on the person who is being loved. Accordingly, he presents the lover with a clear criterion for the purity of their love: if you want your love to be true, he says, make sure that it is in no way concerned with yourself,  but rather with your beloved. Beware that it is not – directly or indirectly, explicitly or implicitly – selfish.

Indeed, Kierkegaard is rather strict in his repudiation of selfishness. In his view, selfishness in love is not restricted to obvious cases, such as when a lover is motivated by a desire to satisfy her own interests regardless of those of her beloved,. Rather selfishness includes any act, thought, or desire in which the lover, while supposedly directing her attention towards her beloved, is in fact preoccupied with herself. This kind of preoccupation may be rooted in various forms of self-centredness, self-defence, or self-interest; in any case , selfishness occurs whenever the real (but disguised) object of one’s loving attitude is oneself and not the beloved.

It is for this reason that Kierkegaard claims that “[t]he work of love in recollecting one who is dead is a work of the most unselfish love.” To recollect one who is dead is to keep him alive in the lover’s thoughts: not to forget him, not to become indifferent to his absence. Thus if selfishness is to be attached to the beloved because of what the beloved can give the lover (essentially the lover’s preoccupation with herself) – loving someone who is dead poses no such danger. The dead person, after all, has nothing to give anymore. When loving someone who is dead, there can be no expectation to get something out of the relationship, to be rewarded or to benefit in some way. Therefore, from the point of view of unselfishness, love for a dead person is as pure as it can be.

However, unselfishness is not the be all and end all when it comes to love. The lover’s unselfish caring for the beloved is one important aspect of love, but is itself grounded in yet another important aspect of love. Namely, in a full and genuine appreciation of the beloved’s value..The thought of death edifies the lover not only because it teaches them to love unselfishly but, more directly, because it has the power to reveal the beloved’s value. In what way?

"Rresignation is an uncompromising acknowledgment of the beloved’s finitude. This acknowledgement is essential...to the ability to rejoice in the beloved...."

The thought of death is, implicitly, a central subject in Fear and Trembling.  Professing as a paradigm for faith Abraham’s Binding of Isaac, this essay explores the nature of faith by examining different forms of loss. However, it is important to pay attention to Kierkegaard’s recurring exclamations: Abraham, he emphasizes, is to be adored as a knight of faith not due to his willingness to sacrifice his son – an act which Kierkegaard terms ‘resignation’, as distinct from faith - but he is to be adored because of his ability to rejoice in Isaac being his living son.

Abraham’s willingness to sacrifice his son - that is, his resignation - is related to a fundamental fact about human existence. Abraham’s resignation expresses his reckoning of Isaac’s finitude – namely, Isaac’s essential liability to die. As a human being, Isaac is mortal. This is a fact about his existence, a fact that those who love him would rather suppress. However, in Kierkegaard’s existential retelling of the biblical story, resignation is an uncompromising acknowledgment of the beloved’s finitude. This acknowledgement is essential to faith, and hence to the ability to rejoice in the beloved: rejoice, that is, despite the constant threat of loss entailed in his finitude. Why is this acknowledgement desirable?

Firstly, because it is an acknowledgement of the truth. Everything in our life – including ourselves and, more poignantly, those we love – is doomed, by virtue of its temporality, to loss. Second, and more significantly, it is desirable to acknowledge this existential truth because it prevents us from taking anything for granted. To take something for granted is to forget its value: its importance and its desirability. This kind of attitude is aptly reflected in the cliché that “you don’t know what you’ve got until it’s gone”. Since resignation is an acknowledgement of anything temporal as essentially “gone”, we can say that resignation is precisely “to know what you’ve got”; to realize its value.

Let us conclude this short reflection on the connection between death and love by looking at another knight of faith that Kierkegaard presents in Fear and Trembling – who is, suitably enough, a romantic lover. This knight, “the only happy man” according to Kierkegaard’s judgement, succeeds in doing the “wonderful”: “every moment to see the sword hanging over the beloved’s head, and yet not to find rest in the pain of resignation but to find joy by virtue of [faith]” (Fear and Trembling, p. 50).

The sword always hangs above the beloved’s head: this is the fate entailed in being human. And this is what the thought of death reminds the lover: her beloved’s presence is not, and cannot, be secured. But the counterpart of this painful acknowledgement is the realization of the beloved’s value, and the possibility of absolute joy in the beloved’s presence. Such a valuation, coupled with the edification to love unselfishly, makes death – despite all appearances – a vital player in genuine, lively love. 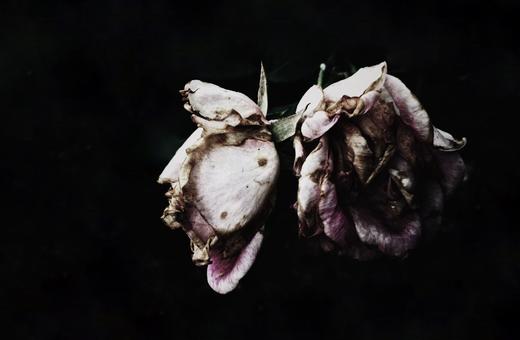 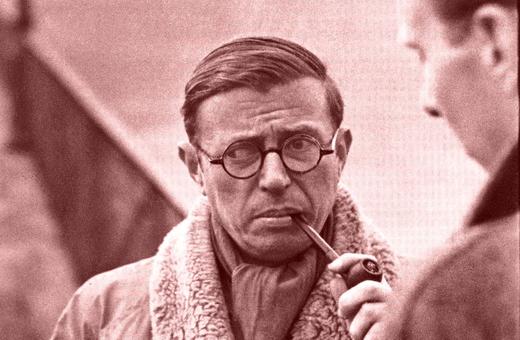