Law vs Milbank: Belief and the Gods - part 1

HEAD TO HEAD: Philosophy should side with science in the fight against religion.

| Philosopher of religion at the University of London. Books include The War for Children’s Minds and Believing Bullshit.
1,427 words
Read time: approx. 7 mins


Hegel said: “God does not offer himself up for observation”. Many of us seem to think that claims about gods, and other supernatural phenomena, are claims about what lies behind a sort of cosmic curtain or veil. On this side of the veil lies the empirically observable realm, the realm, we are told, that is the proper province of the empirical sciences. But there is a further realm beyond the veil – a realm of non-natural or supernatural beings and forces. This realm, many suppose, is off limits to science. Science cannot adjudicate on what, if anything, lies behind this cosmic divide. Scientists should show some humility, and acknowledge there are more things in heaven and earth than are dreamed of in their naturalist philosophies. They should certainly cease claiming, as Richard Dawkins does, that science constitutes a significant threat to reasonable belief in God.

So how can we establish what if anything is behind the veil? Some suppose some of us have the ability to see through the veil, if only dimly, and catch glimpses of what lies beyond. TV's Psychic Sally believes she can sense the presence of and communicate with your dead loved ones who have “passed over” to the other side. Many gurus and religious folk also claim to be able to discern this mysterious reality and provide us with tantalising glimpses of the beyond.

Of course, quite how some of us are able to know what “lies beyond” is somewhat mysterious. George Bush famously thought his “gut” functioned as a sort of sensus divinitatis or god-sense. And it was by means of his gut that he knew God wanted him to invade Iraq, which he did, despite the protestations of experts who warned him it would be a grave mistake. Others think their sense of the supernatural resides in their heart, and say, when asked how reason might support their belief, that, as Pascal put it, “the heart has its reasons of which reason knows nothing”.

As a philosopher, you won't be surprised to hear me say I acknowledge that there are questions that empirical science can't answer, at least not by itself. Moral questions appear to be one example. Science directly reveals only what is the case, not what ought to be the case. As Hume thought, we can't rationally squeeze an “ought” out of an “is”.

There are also conceptual questions and puzzles for which empirical methods of investigation seem to be neither required nor even appropriate. If someone claims there's a round square in the Brazilian jungle, mathematicians won't fund an expedition to find out. We can know, from the comfort of our armchairs, that there is no such thing out there, just by reflecting on the concepts circle and square.

Here's another conceptual puzzle: at a family gathering, a mother, father, son, daughter, niece, nephew, aunt, uncle, and cousin are present. Could there be just four people present? Intuitively you might think the answer is obvious: no. There just have to be more people than that. Yet a little armchair unpacking of the concepts of mother, father, etc. reveals that what might seem impossible is possible. On my view, philosophy is essentially conceptual in nature, which is why it can be done in armchairs.

Claims about the unobservable are empirically confirmed, disconfirmed, and refuted all the time. Take claims about subatomic particles for example. No one will ever observe an electron. But still, their existence is empirically well confirmed. The hypothesis that electrons exist may concern something that is unobservable, but it is still a hypothesis with empirical consequences. There are certain experimental results we should expect to observe if electrons exist, and not otherwise. Over time, considerable evidence for the existence of electrons has been gathered, to the point where their existence is now a fairly well-confirmed empirical hypothesis.

The distant past of this planet is another tract of the unobservable that is nevertheless open to empirical investigation. We cannot travel back in time and observe the dinosaurs that once roamed the Earth. But we can observe good evidence for the existence nevertheless. We can also establish beyond any reasonable doubt that the Earth is older than 10,000 years, despite the impossibility of our ever observing its past. The evidence is all around us.

So the unobservable – including the distant past and the subatomic – is not off limits to science. The same goes for the supernatural. Supernatural claims may concern unobservables but many are testable, and indeed many have been tested.

Take the claim that God, or some other being, supernaturally answers our petitionary prayers. Many people believe God does miraculously intervene in response to prayer, to heal the sick, say. However, they believe on the basis of anecdotal evidence, which is notoriously unreliable. There have been two huge, multi-million dollar double-blind investigations into whether prayer has any medical benefit for heart patients and both studies found no effect. This was not merely an absence of evidence; it was evidence of absence – observational evidence against the existence of a God that answers such prayers.

True enough, if I use “God” as a label for an ineffable cosmic doodah about which nothing can be said, then the claim “God exists” is a hard one empirically to confirm or refute, as it's unclear what the observable consequences of such a claim might be. However, as we add more to our God hypothesis, empirical methods can become appropriate. We can empirically rule out, beyond reasonable doubt, a God that answers certain sorts of prayer or a God that created the world less than 10,000 years ago.

Surely we can also rule out a God that is all-powerful, all-knowing and all-evil, and on much the same basis? Surely the world contains far too much love laughter, ice-cream, rainbows and other goods for this to be the creation of such a malevolent and powerful being. The world would surely look much more like a torture chamber if Evil God existed. So we can, and do, all rule out an evil God, and on the basis of observation of the world around us. Yes there's plenty of suffering in the world. But there's much good – far too much for this to be creation of such an evil being.

But if we can reasonably rule out an evil God on the basis of observation, why can't we rule out a good God on the same basis? Surely we can. Surely the world contains far too much suffering for it to be the creation of such a benevolent and powerful being.

In response, some theologians say, “Oh how unsophisticated of you. That's not what sophisticated believers like myself believe.” They go Wittgensteinian on us, insisting that “God exists” is not used to make a claim at all, let alone one an atheist might contradict or refute. Or they insist atheists fail to grasp that sophisticated theologians use “God” in an “apophatic” way: believers can talk about God, but only by saying what he is not, (e.g. he is not a “thing” that exists in addition to all the other existent things), not what he is.

Law vs Milbank: Belief and the Gods - part 2 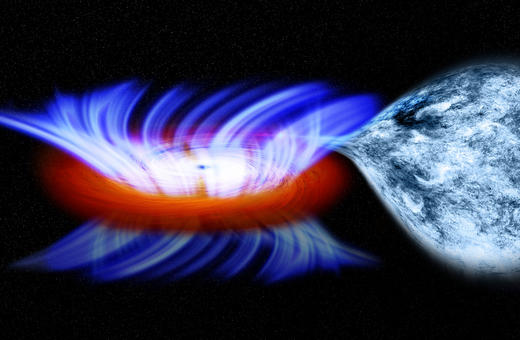 For more on the below try Don Cupitt's writings or Hilary Lawson's book Closure.

Of course religion and gods as human cultural creations remain fascinating and interesting and are part of our attempts to understand our selves and our world.

There is an important inner-faculty of man that science had always used and still uses,but she has not yet recognized its role in all acts of her inference and deductions to make laws and theories. This faculty is a mystery sense-organs that detects or senses the 'order' or 'consistency' factor that always exists between evidences and arguments, and the conclusions arrived at. When one get to know more on this mystery faculty, and its not yet realized and probed function-range, its role as an aperture to know beyond the veil of KNOWN 'knowing mechanism of sense-mind' becomes clear ! Yes, man indeed has this hidden sensing mechanism to know beyond the method of science; would love to share with those who are interested, a few links that delve-deep into man's special realm and mechanism of knowing beyond what Science is familiar with: http://philosopherskorner.blogspot.in/

This one throws bit light on the why question of existence, and the rationale behind pain and misfortunes in life: http://thewhyquestionofexistenceanswered.blogspot.in/