Could rituals help reconnect us with the world?

Ours is a culture that has lost the ritual dimension to life and is suspicious of any ceremonial element to behaviour. By contrast, while visiting a church in Puebla, Mexico, I was privileged to see a fiesta de quinceañera, in which a young girl celebrated with enormous excitement her achievement of womanhood after puberty. Wearing a tiara and a lovely long dress, she was greeted as an adult for the first time by the congregation, and then departed for a celebration with her family and friends. Such rites of passage can easily become commercialised, but the principle is something we desperately need in Britain. Our culture is lacking in communal rituals in which we discover our roles and responsibilities, our value and dignity: literally our place in the world. Yet we cannot accept such rites because they counter the individualism of our conception of what it is to be human. Any group identity is now regarded as a denial of selfhood, and a rite of passage assumes you move from one stage of life to another, as part of a group.

Indeed, any ritual is an articulation of a map of the cosmos and assumes an order beyond the self, whether the natural rhythm of the seasons, marking the Winter solstice, or the social order in which we live. When denied these modes of expression, people will create their own, but these will often lack the quality so evident in the Mexican quinceañera: namely, the transformative dimension. The girl is socially a child before the ceremony, and a woman at its close; she is a new being.

A spontaneous ritual practice was provoked by the death of Princess Diana in which hundreds of floral tributes were left at the gates of Kensington Palace. Yet there they remained, each isolated in its cellophane wrapping, until eventually someone cleared away what had become a sorry mess. It was partly the wrapping which prevented the flowers from fully entering the ritual mode, for it could not decompose, and it was partly that isolation of each offering, since no-one had the courage or imagination to open the bouquets and rearrange their contents. Unlike wreaths at a funeral which accompany the coffin to the grave, these flowers had nowhere to go, emblematic of a culture of buffered individuals, each clinging to their separation. How much more ritually effective were the flowers thrown at Diana’s hearse, and at those of members of the armed forces killed in Afghanistan when their corteges moved through the streets of Wootton Bassett, in each case witnessing to the worth of the lost and the mutability of life.

We have especially lost the ritual dimension so necessary for acknowledging death. The bereaved seek to forget the reality of their loss, confining the body to its cremation privately and quickly. What should be the cathartic ritual of the funeral is held afterwards without any material presence of the dead person, under the rubric of an anodyne thanksgiving for her life. A true funeral, whether religious or secular, enacts the transition from one state to another for the dead person. It dramatises also the point to which the living can follow - the pyre or the grave - and where they must leave their dead. In a Christian funeral, the priest will touch the coffin, placing a stole upon it to show that the person goes in solidarity to his death, under the Church’s wing, as it were. Such touching and closeness to the corpse is lost with the denial of ritual. Facebook condolence pages are helpful in articulating grief but they trap the contributors in an eternal virtual relationship in which the dead person is oddly still present, as if she had never died; they are the obverse of the ritual journey of the funeral.

Traditional cultures bring ritual into childbirth, acknowledging the pain and danger of partition, and celebrating the arrival of a new member of the human family. While modern secular culture has its baby-showers and parties, without a full ritual of arrival, there is no acceptance of the fact that the child does not belong to the parents. In religious rites of baptism or dedication of children, the child is given over to the divine, to be restored as gift. A shadow of this conception lies behind the Father Christmas traditions, in which the gift-bearer comes down the chimney bringing presents for children, just as the child emerges from the birth canal, as the gift itself.

In my view also, we suffer through our abandonment of any ritual shaping and decorum to romantic relationships. Sexual mores differ enormously from one culture to another but have always involved elements of ritual structure in which acts had assigned meanings and stages of a relationship conformed in some way to a narrative in which each person understood his or her role. Fifteen years ago when I lived in Virginia in the United States, there was still a procedure to dating among teenagers, which enabled young people to move at their own pace, feel safe, and remain connected to shared values with the adult world. For older people marriage is a rite that opens a private relationship to the community and to the cosmos, and without it as a goal, and the support that such a public declaration brings, a relationship is harder to sustain, centred on itself as its own telos.

Humans are creatures of habit and make patterns of behaviour of the slightest daily activity, as we all know, as we gravitate to the same seat on the bus, or position our loose change in a precise formation on the bedside table every night. To see meaning in repetition, however, is to commit to the fact that there is a purpose and shape to our experience: to be religious, in fact. If we are not to be trapped like hamsters on the wheel of their cages, our rituals need to take us somewhere, and that is just not possible without an opening to some idea of a transcendent. Hence we have a communal residual afterglow of religion in our shared Christmas and Easter, our Lent fasting and harvest festival, clinging to some vestige of a lost teleology.

It is also traditional religious practices that keep the body central in this time of virtualisation. For we lose the body in abandoning ritual, in which it is accorded a high role, and you cannot have a ritual without the material. Perhaps this is the most important reason why we need ritual, so that it may restore our physicality to us, and allow us to honour it. There is an ecological aspect to this respect, for in ritual we restore earth, air, fire and water as precious bearers of meaning to which we are viscerally related. If we are to change our world and our relation to nature and each other for the better, then we need what one might call, echoing Yeats, ‘ceremonies of innocence’, in which we treat people and things alike with ritual care, in life and death, as participants with ourselves in a cosmic liturgy of transformation.

Subversive Rituals – How I Become A Drag Queen 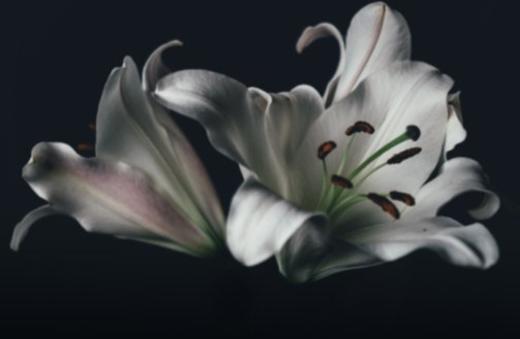