Me, myself and others

Loneliness, solitude and the return to people

| Professor of philosophy at the University of Bergen and author of A Philosophy of Fear
1,625 words
Read time: approx. 8 mins

Loneliness has increased over lockdown. However, in our technological, hyper-social world, we are never truly alone in the modern world. To gain the treasures of solitude we must become more comfortable with ourselves and less reliant on distractions that keep us from forming a strong relationship with ourselves. Having a strong self-relationship will aid us as lockdown ends and we return to the company of other people, writes Lars Svendsen.

The first lockdown did not seem to have much effect at all on the prevalence of loneliness. If anything, the numbers were slightly lower in several countries than before the lockdown. However, as the first lockdown was followed by further ones, and the whole process dragged out, numbers started to rise.

Humans are social animals, and one would expect that many would suffer from being cut off from their normal social interactions for so long. Anyone who cares about others will experience loneliness from time to time. Loneliness can be described as social hunger, as a feeling of discomfort of pain that informs us that our need for attachment to others is not satisfied. Loneliness detaches you from others in a meaningful way, but it also detaches you from yourself, from important sides of yourself that can only exist and develop through your ties to other people.

Human life is such that there is no guarantee our need for connection will be satisfied. Some people are infrequently lonely, some almost never, while others are lonely most of the time. There are people who spend most of their time alone without being much plagued by loneliness, and others who feel extraordinarily lonely, though they are surrounded by friends and family most of the time. We all know the emotion of loneliness, yet we do not all experience it in the same way. Only among a minority is loneliness usually sustained as a serious problem for a long time. The pandemic has caused far more people than normal to have to endure this state.

There are different kinds of loneliness. The most common variety, transient loneliness, need not be of any concern here. It can overtake us at any moment, whether we are at a crowded party or home alone, but it simply comes and goes without making much of a mark. Situational loneliness is caused by life changes, such as when a close friend or a family member dies, a romantic relationship ends, children move away from home, etc. Chronic loneliness is a condition in which the subject experiences constant pain on account of insufficient attachment to others. For the chronics, their social surroundings appear to have little effect on their loneliness. They may be alone most of the time or surrounded by nice friends, family and colleagues, but their feeling of loneliness seems to be more or less unaffected by this. The people in this category felt lonely before the pandemic, during the pandemic and they will feel lonely after the pandemic. It should be noted, however, that those who suffered most acutely from loneliness before the pandemic actually reported an improvement in their quality of life during the lockdown. The reason for this is unclear, but it might be the case that they felt some relief because so many others were afflicted in a way similar to themselves.

Situational loneliness, we find, is due to external causes. Chronic loneliness, in contrast, seems to be rooted in the self because external changes in circumstance make so little impact. The increase in the prevalence of loneliness during the pandemic is clearly of the situational variety. The good news is that we can assume that the prevalence will return to normal levels when the pandemic ends. Contrary to what many believe, there is no evidence of a loneliness pandemic before lockdown. Prior to lockdown numbers have fluctuated slightly, for on the whole they have been stable for decades, for as long as we have had reliable studies of the prevalence of loneliness. As for what levels of loneliness we had prior to that, it’s anyone’s guess. They may have been higher or they may have been lower. Who knows? My own guess would be that they were actually higher, for the simple reason that there is a correlation between loneliness and individualization – more individualized societies actually have lower levels of loneliness – and it is well documented that individualization has been one of the strongest developments in late modern societies.

Most descriptions of loneliness are laments, but we also find praises of the phenomenon among a host of poets and philosophers. Of course, it is solitude, not loneliness, they are praising. Loneliness is more unambiguously defined than solitude. Deficiency lies the root of loneliness, whereas solitude is more an indefinite openness to a variety of experiences, thoughts, and emotions. In philosophy the discussion surrounding the extent to which solitude should be sought after can said to be a theme since at least antiquity. Cicero writes that man is a creature created for community with others, and solitude therefore conflicts with human nature. Devoting oneself to a solitary search for truth before the duties one has to community, not mention upholding the society, is, according to Cicero, outright immoral.

However, philosophers have often emphasized solitude as something positive, as a privileged space of reflection where one is particularly near to the truth. Descartes stresses how one seeks the solitude of the country, away from the city and everyone familiar, in order to truly devote oneself to thinking. He also mentions in many letters how much he loves solitude. Arthur Schopenhauer goes further, and argues that one can only be oneself and only be free to the extent one is solitary. Therefore, young people should be taught to endure solitude. Essentially, a person can only be in harmony with himself and never with others, not even with friends or life partners, since dissonances will always emerge in the relationship between different individuals. Friedrich Nietzsche has a similar perspective. Solitude is often described as a “home” in his writings. It is only by leaving the community and pursuing solitude that one is capable of discovering one’s “higher self.” According to Nietzsche, interacting with others can be good every once in a while, but mainly so that one can then return in relief to solitude’s embrace. The ability to tolerate solitude must be learned. And not everyone will be capable of finding proper solitude. One should not, in any case, give oneself over to solitude too early––one should only do it after one has succeeded in developing a character. On the other hand, Nietzsche seems to think that it is only in solitude that one has the possibility of developing a true character.

They all overstate their case. Immanuel Kant has a much more balanced view, pointing out that we all have an inherent duplicity or antagonism that draws us toward others because we need them, and also pushes us away because we need distance, we need to be left alone. Kant formulates this nicely in his expression “unsocial sociability.” And people have different needs: some have a very strong need for social interaction, others for solitude.

You need others in order to live a full life, but you also need to able to do without the support of others, and find the resources in yourself to relate to yourself in the absence of others.

You may have a need for solitude, but lack the emotional resources to achieve it. Solitude has become increasingly harder to achieve. Sociologist Dalton Conley argues that the individual is being replaced by the “intravidual.” The “intravidual” is a figure whose self is permeated by the social network. Obviously, that seems to be an exaggeration, but the point is that most people are not more socially isolated than before: We are rather hypersocial. The current loneliness problem is perhaps not an excess of loneliness per se, but perhaps that solitude has become too scarce, simply because the individual is so sociable.

The incapacity to establish solitude speaks of emotional immaturity. The difficulty with solitude is that one it forced to relate to oneself, and to succeed in finding peace within this self-relationship. Lacking such peace, we seek distraction, which can draw us away from ourselves. The chronic need for distraction is a sign of emotional immaturity. It reveals an incapacity to fill oneself with oneself when external distractions are removed.

The difference between solitude and loneliness consists in the relationship one has to oneself in that condition, if one succeeds in remaining relatively self-sufficient. Of course, no one is entirely self-sufficient, which itself would hardly be ideal, but without a certain amount of self-sufficiency, without the capacity to be present in oneself without leaning on others for support, a person will lead a rather miserable life. After all, one cannot always be leaning on others. Self-sufficiency is never total, however, and in order for solitude to be positive, a path back to other people must exist. Such paths will emerge after the pandemic.

Every human life will contain loneliness. This is why it is so critical to learn to tolerate loneliness and to hopefully transform that loneliness into solitude. Loneliness can be reduced by learning to rest in yourself, so that you are not so dependent on others’ acknowledgment of you. So what are the lessons from the lockdowns? You need others in order to live a full life, but you also need to able to do without the support of others, and find the resources in yourself to relate to yourself in the absence of others.

The different places of the self

The last mystery of cosmology 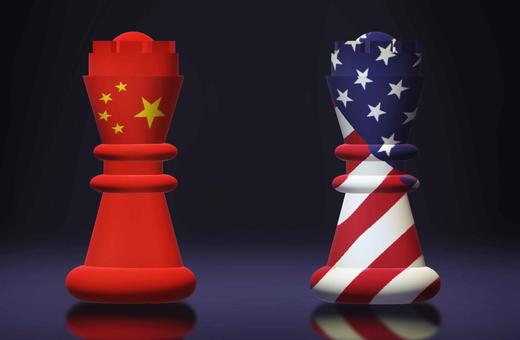