Modelling Life in Art and Science

| Fellow at the Institute of Philosophy at the University of London and University College London
904 words
Read time: approx. 5 mins

Suppose that you’re interested in how false beliefs – ‘fake news’ – spread across a population. The problem is extraordinarily complicated. What people come to believe depends on a myriad of factors: which news outlets they read; who their friends and colleagues are; their ability to distinguish between fact and fiction; their social media echo chamber; and so on. A very good way of investigating a complicated phenomenon is to model it. This involves the construction of a simplified version of it and the investigation of the behaviour of that simplified version in order to draw conclusions about the actual system of interest. Both of these steps require a curious and playful outlook.

We can play around with different ways to model the spread of fake news. A creative suggestion is to model it as a disease. A simple way to do this is to take a toy model from epidemiology, e.g. the susceptible, infected, recovered (SIR) model, and to reinterpret it. We might divide the population into three groups: those who believe some relevant falsehood, those who are susceptible to coming to believe it if they are influenced by someone who already does; and those who won’t be persuaded. The first group are infected; the second are susceptible; and the third recovered/immune. By playing with the model, investigating what follows from the equations that are used to present it, we discover that model populations can develop ‘herd immunity’: by keeping the proportion of susceptibles low enough (where ‘low enough’ depends on the rate at which the disease spreads and the rate at which those infected recover) we can avoid epidemics. By applying the model to the spread of fake news in the world an analogous conclusion is reached: in order to avoid it becoming epidemic we can work on (i) lowering the proportion of people in the population who are susceptible to believing it; (ii) decreasing the rate at which it is spread; and (iii) increasing the rate at which those who believe it ‘recover’. By playing with the model – both in terms of thinking of creative ways to represent the original system, and investigating the result – we have simplified a complex question into something more tractable.

"The model represents the target in a way much like a piece of art represents its subject."

Many models excite our curiosity in a similar way. Thomas Schelling (who was involved in the screenplay for Kubrick’s Dr. Strangelove) remarked of his (in)famous model of social segregation – a model set on a checkerboard-like lattice that demonstrates how widespread segregation may occur even in the presence of mild individual preferences – that the model can be ran by:

any reader with a half-hour to spare, a roll of pennies and a roll of dimes, a tabletop, a large sheet of paper, a spirit of scientific inquiry, or, lacking that spirit, a fondness for games. 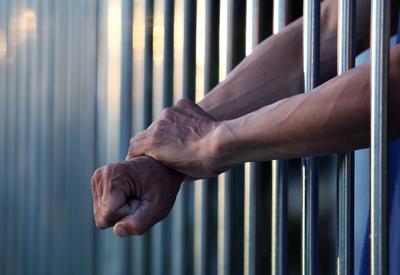 SUGGESTED READING When Boredom Becomes Stagnation: The Importance of Occupying the Mind By Kirstine Szifris  And the prevalence of these models extends across the sciences. The Phillips-Newlyn machine allows one to experiment on a system of pipes and valves with water flowing through them in order to learn about economic systems; ball and stick models of molecules can be manipulated to learn about possible molecular configurations; by playing with simplified mathematical models we can learn about the relationship between micro and macro level dynamics.

To my mind, the best answer to this question is that the model represents the target in a way much like a piece of art represents its subject. And once one starts to think about scientific modelling in these terms the gulf between art and science shrinks. In both domains we have to be creative in constructing our representations, and creative in understanding how to interpret them.

For many works of art, part of what it takes to appreciate them is an investigation of their features and how these can be interpreted to tell us something that applies beyond the art itself. This can be literal - like ensuring that you approach Holbein’s The Ambassadors from a specific perspective in order to recognise the anamorphic skull in the painting - but can often be metaphorical - considering what and how, Hirst’s A Thousand Years tells us about death for example. Moreover, it’s only by constructing and reasoning about this representation that we think about the target in the way we do. Hirst’s installation provides us with a way of thinking about death that we wouldn’t have otherwise, just as the SIR model provides a novel lens with which to simplify how to think about the spread of fake news.

So, much representational art works in the same way as much scientific modelling: artists and scientists exercise their creative freedom and construct representations. By playing with them, e.g. considering how to interpret them in various different ways, we come to learn something about the world. In this sense art and science share a common core; the human ability to construct and interact with representations in order to learn about what it is that they represent. When done well these processes tell us more about the world, whilst also acting as wonderful antidotes to boredom.