On the nature of Newton's apple

Modern science celebrates Isaac Newton as the father of our mechanistic picture of the universe. But Newton himself would have deplored such a vision, writes Patricia Fara.

What counts as natural – an ambiguous and multi-faceted term – depends on cultural convictions. According to the Aristotelian texts Isaac Newton was obliged to study at Cambridge, the divine perfection of celestial motion contrasts starkly with terrestrial confusion, which allows apples to fall downwards because they have a natural tendency to do so. Following a self-prescribed course of reading, Newton discovered that French natural philosophers had already rejected many previous assumptions, and in response he developed his own theory of universal gravity governed by mathematical laws. A modified version remains the accepted world view, but of course it may in its turn be deemed unnatural by some future interpreter.

According to modern scientific ideology, true knowledge can be gained only through reason, methodological research and collective effort. In subversive contradiction, the founding myth of physics describes a singular and instantaneous flash of inspiration beneath a tree. Towards the end of his life, Newton crafted gravity as a natural product, as a concept fashioned by him in direct response to his bucolic surroundings. Yet although he was probably recalling the Garden of Eden, his Woolsthorpe sanctuary was an artificial paradise, a man-made clearing whose fruit trees had been carefully cultivated over many generations.

The fullest surviving account is by his younger friend William Stukeley, antiquarian and Stonehenge expert, who described a conversation between them that had taken place in his own garden. Newton was, Stukeley wrote, reminiscing about his days as a student, when he had retreated from plague-riven Cambridge to take refuge in the country cottage where he was born. Sitting outside, ‘the notion of gravitation …was occasion’d by the fall of an apple, as he sat in a contemplative mood. Why should that apple always descend perpendicularly to the ground, thought he to him self. Why should it not go sideways or upwards, but constantly to the earths centre? Assuredly, the reason is, that the earth draws it…there is a power, like that we here call gravity, which extends itself thro’ the universe.’

This anecdote, which may or may not be founded in actuality, only became public knowledge a hundred years later but is now world famous. As if flickering between sub-atomic states, it is simultaneously a description of a natural event and a fable about an unnatural spark of unique genius. Newton’s views about nature and God’s role within it are similarly hologrammatic. Constantly under attack from his many critics, he gave various accounts and wrote private manuscripts that differ from published texts. Throughout his life, Newton cautiously shielded himself from public scrutiny, remaining secretive about his unorthodox religious affiliation, his alchemical experiments, his sexual proclivities and his destination during protracted absences from Cambridge. He once risked printing an extreme conjecture about God and nature –‘Is not infinite Space the Sensorium of a Being incorporeal, living, and intelligent…?’ – but apprehensive that he had gone too far, he rapidly bought up all the copies he could find. What does seem clear is that Newton’s God was eternally present throughout the cosmos and could intervene in its operations.

Why did Newton begin repeating the orchard story to colleagues? One intriguing possibility is that as death approached, he fell to comparing his own transience with that of the apple he had allegedly observed so closely. Paradoxically, Newton would have felt alienated from the modern mechanistic paradigm labelled Newtonianism. Along with many of his contemporaries, he regarded the world around him as buzzing with closely orchestrated processes designed by God to benefit humanity: buried forests gradually matured into coal, crops ripened at the same time each year, animals browsed the grass and converted it into edible meat.

Newton described the Earth as an active, vital agent that ‘resembles a great animall or rather inanimate vegetable.’ His mind steeped in alchemical and religious principles, he envisaged a harmonious universe permeated with what he called ‘aetherial spirits’ that constantly circulate to ensure the continuous operation of natural transformations based on fertility and growth. After all, if an acorn can become an oak, is it that unreasonable to suggest that a base metal might be transmuted into something more valuable, or that a sinful soul might be purified through prayer? To put it in terms he would not have used himself, Newton’s universe was neither dead nor inert, but vibrant, interlinked, and pulsing with invisible energy. When nature seemed to be winding down or decaying – perhaps planets not keeping up to speed or agricultural land losing its innate fertility – comets sent in by God would rejuvenate the system with a ‘subtle spirit’ carried in their tails.

"Newton’s universe was neither dead nor inert, but vibrant, interlinked, and pulsing with invisible energy"

Newton would presumably have judged it most bizarre – one sense of unnatural – that eight saplings have been generated from his iconic tree by planting pips newly returned from six months floating in outer space under conditions of microgravity. Yet while technology is enabling such unprecedented feats, older notions of natural interconnectedness are reappearing under an altered guise. In previous centuries, forest trees were deemed independent entities, but they are now envisaged as members of a mutually supportive community that cares for its sick and shares out valuable resources in times of scarcity. Whereas people used to find it obvious that living nature is divided into two groups, plants and animals, there are now five distinct kingdoms. In what is sometimes called the Wood Wide Web, organisms such as fungi and bacteria have gained new prominence as mediators crucial for sustaining the natural world, busily promoting their own interests in an extended network that wraps human beings within its meshes.

Under such models of entanglement, Newton and his apple might be interpreted metaphorically as symbiotic partners. Oblivious to its future role in human culture, one particular fruit gradually ripened on its branch before falling to the ground, where it would later decompose and make its seeds available for humans and other scavengers to disperse and found new orchards elsewhere. Meanwhile, the watching man responded to a signal from his environment by creating an explanation of the entire universe – what Lord Byron in Don Juan called ‘the natural whirl’ of gravitation – that would be further developed by successors standing on his giant shoulders. In exchange for inspiring Newton, the apple gained eternal prominence.

A more conventional way of thinking about Newton’s mythological apple is that gravity was delivered to humanity by divine fiat. That view was wittily summarised by the poet Alexander Pope, who hoped (in vain) that this heroic couplet would be inscribed on Newton’s tomb in Westminster Abbey:

God said, Let Newton be! and All was Light.

Pope’s lines implicitly assume an absentee God – frequently if misleadingly represented as an elderly man with a long white beard sitting on a cloud – who occasionally intervenes in the world’s affairs by causing a miracle to occur. Under that scenario, the sudden birth of a fully-fledged theory of gravity would be a supernatural event. But Newton himself would have disagreed: his God was ever-present throughout the universe, in some sense was the universe, so that any terrestrial action taken by Him would be natural.

Newton’s most influential philosophical predecessor was René Descartes, who had been determined to overthrow older explanations based on occult or hidden forces and instead construct a mechanical world in which motion can only arise through direct contact.  The Cartesian cosmos is packed with tiny particles that constantly swirl around in vortices or whirlpools as they jostle against each other. Although invisible, these minute corpuscles perpetually sweep along larger bodies – suns, planets – as though the universe were a giant piece of perpetual clockwork.

Even as an undergraduate, Newton challenged Cartesian cosmology, and in his famous Principia (1687) he proposed a largely empty universe in which any object is drawn towards every other one by an invisible force that can be expressed mathematically. This concept of gravitational attraction was promptly disputed and remained controversial throughout the eighteenth century. One early critic derided it as ‘a late Notion and Assertion in Philosophy, that every thing attracts every thing, which is in effect to say, that nothing attracts any thing.’  Newton’s opponents regarded his innovation as a retrograde step, as a reversion to older mystical notions. If Descartes had still been alive, he would have deplored Newton’s concept of attraction-at-a-distance, whether between corpuscles or between planets. His successors made the point for him, time and again.

Although nowadays it is a standard tenet of physics that space is criss-crossed by invisible attractive forces, many Christians found this belief sacrilegious because it entailed attributing power to inherently inert matter. In their dualist cosmos, there were basically two types of entity: lifeless objects such as billiard balls; and some sort of spirit able to endow agency. According to this view, living creatures have been infused with a divine spark enabling them to initiate movement, whereas a stone is destined to remain still for ever until affected by an external force. In principle, blurring that distinction made it possible to mechanize the human mind, and such materialism threatened to undermine the concept of a spiritual, immortal soul that lay at the heart of Christianity.

Before he died, Newton tentatively proposed an alternative hypothesis, which appeared in a list of questions or “Quæries” appended to his book Opticks, first published in 1704. In one of them, he suggested that space is filled with an ubiquitous aether, an undetectable but all-pervasive cloud of minute and mutually repellent corpuscles that are weightless and invisible. Rather as sound is transmitted through air, gravity could be carried through this continuous aether. Unwilling to commit himself, he hid behind the safety of hypothesis, musing ‘And so if any one should suppose that Æther (like our Air) may contain Particles which endeavour to recede from one another...and that its Particles are exceedingly smaller than those of Air, or even than those of Light...’ However extraordinary or unnatural that idea might now seem, it became increasingly popular after a mathematized version was posthumously discovered among his manuscripts. Newton’s mysterious aether remained important right through the nineteenth century, and the possibility of its existence was only finally abandoned some time after Albert Einstein introduced his Special Theory of Relativity in 1905.

Newton’s critics accused him of detracting from God’s power by positing divine intervention. Notably, the Hanoverian Gottfried Leibniz compared the Newtonians’ God to a sloppy mechanic who could not make His clock run eternally: ‘Nay, the machine of God’s making, is so imperfect, according to these gentlemen; that he is obliged to clean it now and then…and even to mend it, as a clockworker mends his work.’ A mechanical clock seems a strangely unnatural image for representing the universe and its living inhabitants, although it does correspond to the deterministic version of Newtonianism that now prevails and that Newton would have abhorred. However unnatural it might seem, by bringing God into the cosmos—or should that be the cosmos into God? – Newton made every event natural. 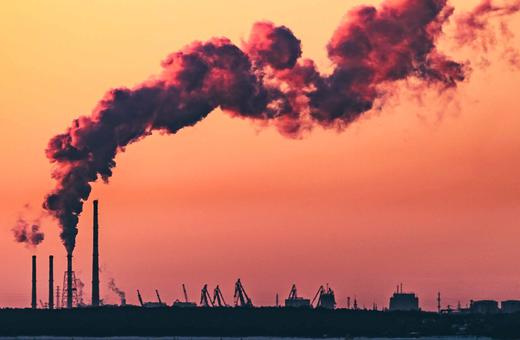 The future is carbon coin 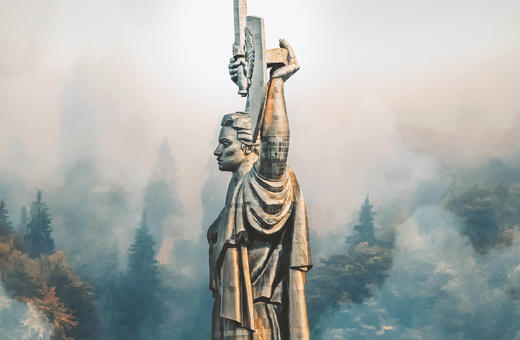 Why Ukraine is Europe's most dangerous border 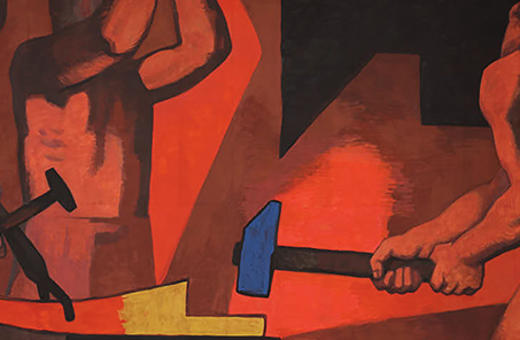