The Philosophy of Punk

I bought my first Buzzcocks record by mistake. In the disco a few nights earlier, I’d pogoed enthusiastically to ‘Rockwrok’ by Ultravox, without knowing what or who I was pogoing to. Confusing ‘Buzzcock’ for ‘Rockwrok’ in the punk section of the store, I bought ‘What Do I Get?’. I didn’t know what I’d got, but once I got home, I knew it wasn’t Rockwrok. The B-side, ‘Oh Shit!’, summed up my mood perfectly.

My disappointment soon turned to satisfaction. The record I’d got was brilliant and over the next couple of years I’d buy all Buzzcocks’ other records, the sheet music for ‘Another Music in a Different Kitchen’, and I subscribed to their fanzine. I wanted to write songs like Shelley did. But I soon realised that if I were to do that, I would have to become not just a punk, but a poet and a philosopher too.

Shelley, whose pre-Buzzcocks name was Peter McNeish, once said that he assumed his new name because Shelley was what his parents would have called him if he was a girl. But it would do no harm to share names with a great Romantic poet. Shelley’s songs, like the Romantic’s poems, are all about being true to feeling. And for both the feeling that matters most, the one it matters most to be true to, is love.

Much of Shelley’s genius lay in the potential he saw in punk to give expression to the joys, disappointments, seductions, anxieties, and redemptive promise contained in the experience of romantic love. Later songs such as ‘I’ve Had Enough’ are just as effective in doing this as early classics such as ‘Fiction Romance’ and ‘Love You More’. Shelley’s most famous song, ‘Ever Fallen in Love (with Someone You Shouldn’t’ve)’, has a catchy chorus but it is unmistakably punk and unsentimental. The wall of sound of the opening C# minor chord, played loud, is a real challenge to the ear – much more challenging than the major chords that open other punk classics such as ‘Anarchy in the UK’ or ‘White Riot’ – and elicits a sense of foreboding. It wouldn’t be too far a stretch to think of it as the Tristan chord of punk. Ever fallen in love with someone you shouldn’t ‘ve, Isolde the girl next door?

"We begin with a doubt about the reality/illusory appearance of a particular love feeling, and in the course of reflection we find ourselves questioning the whole basis of our existence"

I discovered from the fanzine that H.G Wells and D.H. Lawrence were amongst the Buzzcocks’ favourite authors. I was soon reading them avidly, both their novels and non-fiction work. I learned from this reading that the task of being true to one’s feelings, of not making do with sham or superficial or pre-packaged expressions of them, was not just a matter for poets and songwriters, but all us folk. It was not, fundamentally, an aesthetic challenge, but an ethical and existential one: an injunction to live a fuller, more vividly and authentically felt life. Such a life, it seemed, would be very different to the kind of life my education up that point had prepared me for. But it was one whose appeal was reinforced by listening as a teenager to Buzzcocks.

Inevitably this led to a lot of self-questioning and in this too I was encouraged simply by singing along to my favourite Buzzcocks tracks: ‘Reality’s a dream’, ‘Life’s an illusion’, ‘What do you know?’. Hearing and singing ‘I Don’t Mind’, ‘Nostalgia’, ‘Everybody’s Happy Nowadays’, ‘What Do You Know?’, and many other great Shelley songs, the realm of the question-worthy was all-encompassing. The basis of the distinctions between reality and appearance, between the known and the unknown, between life and death (‘life after all is death’s recompense’) were all up for grabs. We begin with a doubt about love, about the reality/illusory appearance of a particular love feeling, expression or relationship, and in the course of reflection we find ourselves questioning the whole basis of our existence.

There are some songs where the philosophising is separated from the love interest and given freer rein. ‘Are Everything’ depicts a Sisyphean world of endlessly repeated, ultimately pointless human attitudes, activities and aspirations. ‘I Believe’ also ends bleakly, but not without first making fun of the earnestness of believers (‘So I’ll be leavin’, what I believe in’), and not without hinting at an existentialist path of resistance to the diminished, hollowed-out life of the present age.

In the most successful of Shelley’s philosophical songs, however, doctrine is stripped down to a bare minimum to give expression to the feeling of philosophical questioning itself. ‘Why Can’t I Touch It?’ is a great song at many levels, but at one level at least, its power is of philosophical provenance, in setting to music the sense of never quite having the reality one seeks in one’s grasp. Looking real, sounding real, seeming real is one thing, but beyond that, contact with the real itself escapes me. The mood is not anxious and troubled, as it is in Roquentin’s discovery of the chasm between essence and existence in Sartre’s novel Nausea, but wistful and chilled-out. The song has the sound of a good-humoured existentialism, existentialism with a wink instead of the angst.

Shelley read Sartre’s novels while a student at Bolton Institute of Technology, where he met Buzzcocks co-founder Howard Devoto, and famously got Punk going up north. After starting with electronics, he moved on to study philosophy and comparative European literature. He would have got an excellent education in philosophy there. Amongst his teachers was Peter Caldwell, an accomplished Australian philosopher dedicated to teaching, who played a leading role in the UK association of philosophy teachers. This was a time when the polytechnics and institutes of higher education were offering the most exciting and progressive philosophy in the country. It was also a time when young people of all classes could spend hours of time browsing and reading books in their local library. Without the radical philosophy programs of the polytechnic era and the well-maintained municipal libraries, with long opening hours attended by people with lots of time on their hands, there would have been no Pete Shelley and no punk rock as we know it.

Reflecting on the relationship between his and Howard Devoto’s studies and their role in the punk movement, Shelley once said that punk, like philosophy, was about questioning things (Devoto, whose pre-Buzzcocks name was Howard Trafford, took his new name from a story one of his philosophy lecturers told him after dinner, of a bus driver in Cambridge called Devoto. Caldwell, who had a PhD from Cambridge, was probably the source). At other times Shelley described the essence of punk as an ‘action’, in the sense of ordinary people getting an idea and making it happen, without worrying about whether they are qualified for it or talented enough to do it. 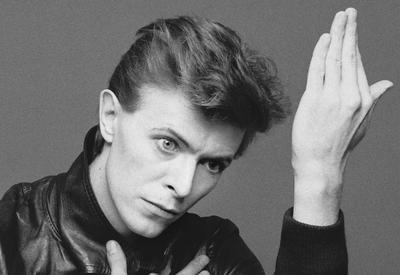 SUGGESTED READING David Bowie and the Theatre of Self By Ted Ammon   Shelley probably took this idea of action from the art-movements of the 1960s and early 70s (he was a fan of Yoko Ono). But there is a philosophical notion of action that might also have shaped his thinking. This is the notion of action as praxis. Praxis-action is action done for its own sake, not for the sake of some purpose external to the activity itself. This distinguishes it from the kind of activity that in fact occupies the time of most people today, namely work. It also distinguishes it from the activity of professional entertainers. Shelley once quipped that he and fellow-Buzzcock Steve Diggle were ‘conscientious objectors’ to work and he often riled at music that merely entertained. Work and art-as-entertainment were forms of instrumental action, not praxis-action, the kind of action that punk was (or aspired to be).

By allowing his music to be used for commercial purposes later in life, Shelley opened himself to accusations that he was betraying the spirit of punk. And there were always those who thought that Buzzcocks were insufficiently political, that their punk praxis fell short of the mark by lacking a connection to militant, revolutionary politics. It was essentially the same objection that Marxists made to Existentialists, that the old Sartre made of the young Sartre. There was to be no late conversion in Shelley’s case, but the last two albums he made with Buzzcocks after they got back together contain some of his most effective satirical social commentary, such as ‘Flat-Pack Philosophy’, ‘Credit’ and ‘Virtually Real’. And even in the early days Shelley was never shy in supporting progressive social causes (such as the lesbian and gay movement, the anti-Nazi league, and the miners’ strike).

My own attempt at emulating Pete Shelley’s song-writing failed miserably. And although I did a bit better in my studies of philosophy, I doubt if I was ever as true to the philosophical impulse as Shelley was in his best songs. Very few are. 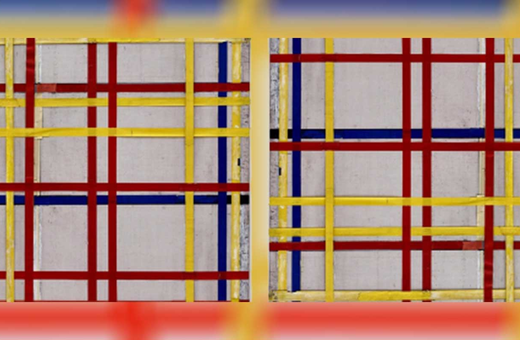